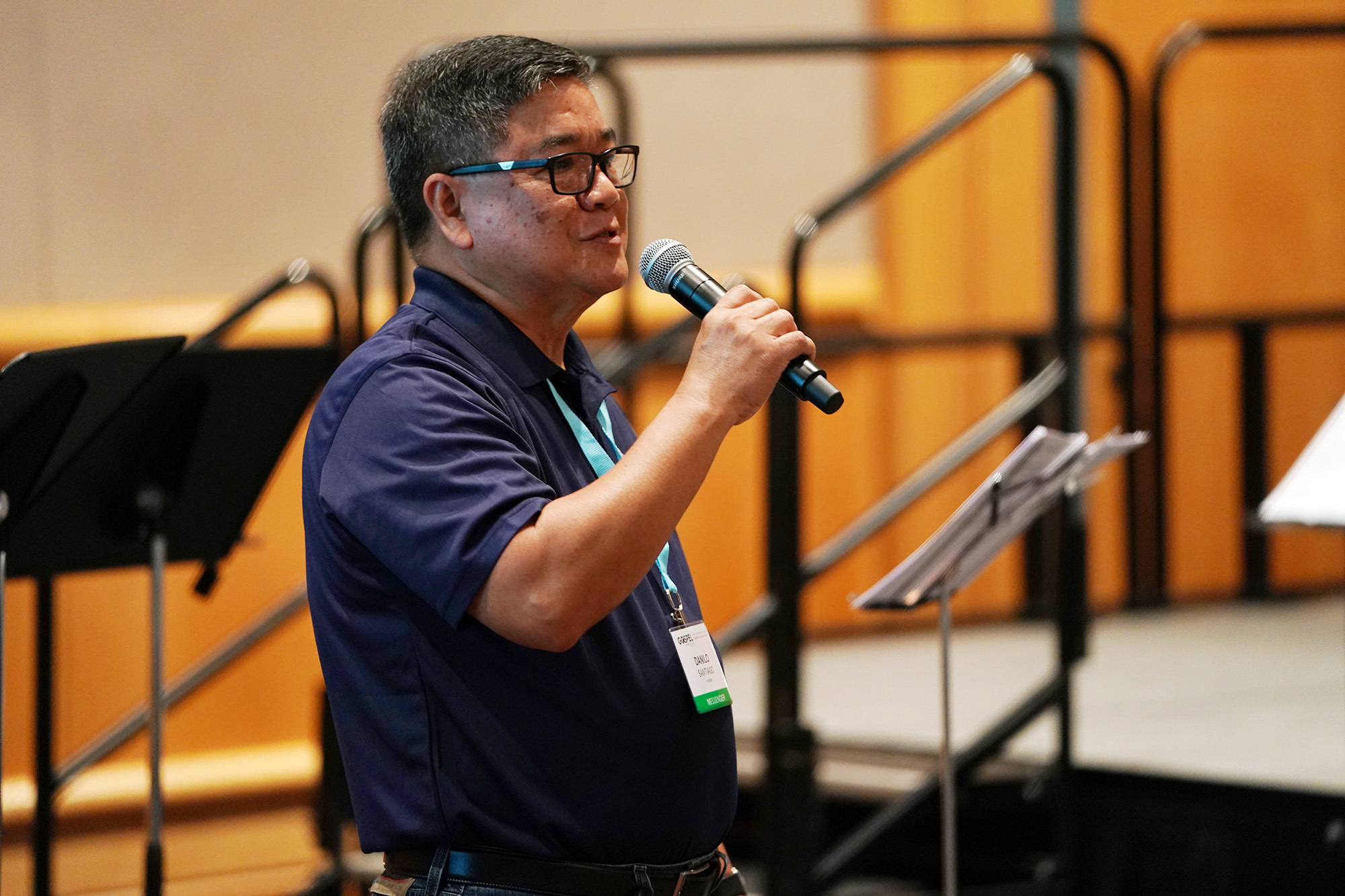 BIRMINGHAM, Ala. (BP) — Dan Santiago was elected as the first-ever executive director of the Filipino Southern Baptist Fellowship of North America as the organization moves forward with its church planting initiative.

Santiago’s election took place during a business session of the group’s June 10 annual meeting in Birmingham, Ala.

The Filipino Fellowship, established in 1993 if not decades earlier, according to recollections but no written records, “decided about four years ago to become a formal association having its own long-term programs — evangelism, discipleship and church planting — that will enhance the strategy of doing ministry,” Santiago told Baptist Press.

“In order to have a long-term ministry strategy, we created the position of executive director, whose tenure is not co-terminus with the current officers in order to implement and maintain great programs.”

The North American Mission Board in 2015 asked the newly-formalized Filipino Fellowship to commit to starting 20 churches a year in a Filipino context, and since then, Santiago said 38 churches have been started in cities across the nation.

“We would like to help church planters,” he said. The fellowship wants to partner in church planting with local associations, state conventions and the North American Mission Board. To do so, they’re asking every Filipino church to contribute $100 a month for church planting, which would result in helping fund three church planters for a year.

“It would encourage our church planters so much,” Santiago, who serves without a salary, told the gathering. “I know we’re all smaller congregations, but God would do great things if we commit to serve Him.”

The goal for what the Filipino Fellowship calls its “Church Planters Assistance Ministry” is “to assist three church planters for one year with $1,000 per month,” Santiago said. The partnership ideally would continue for a total of three years. The one-year goal would require contributions totaling $3,000, or 30 churches that each give $100 a month.

“Our current status is that we have four churches giving or pledging for one year,” Santiago said. In alphabetical order, those churches are Covenant Christian Church of Jacksonville, Fla., Dallas Metroplex International Church, Filipino American Ministries of Miami and Biblical Community Church of Dallas.

“The idea that the fellowship will assist the church planter was introduced last year because the need is there and something must be done,” Santiago said. “The church planter is dependent on the meager support coming from a small sending church and from the association/state conventions.”

Santiago said he understands the difficulty for small churches that already give to the SBC’s Cooperative Program for missions and ministry, “but we must do our part.”

Santiago, who emigrated from the Philippines in 1998, has been pastor since 2011 of Covenant Christian Church in Jacksonville. In ministry for 31 years, he has been involved at a leadership level from the fellowship’s formal start in 2015 and was elected president in 2017.

He was nominated last year as executive director, but the vote was delayed by those seeking clarification of the executive director’s role. A more complete job description this year answered all questions, and Santiago was elected unanimously.

Worship at the Filipino Fellowship’s three-hour gathering was led by the worship team from Clarkston (Ga.) International Bible Church. Special music was offered by pastor Melvin Guerrero and his family of Christ-Centered International Fellowship in Jacksonville, Fla.

A “pastor’s enrichment” seminar on leadership was presented by Rick Wheeler, lead missional strategist for the Jacksonville (Fla.) Baptist Association.

“Leadership is a function; it’s the opportunity to influence,” he said. “Great leaders are different, and that difference is being able to influence others.”

Wheeler used Philippians 2:3 to underscore the importance of a leader having humility, noting, “Jesus was the perfect example of an effective leader.”

“Leadership is something you do with people,” Wheeler continued. “Vision is a picture of the future that stirs passion within you.” Great leaders see and shape the future, engage and develop others, reinvent continuously, value results and relationships, and embody — know, share and live — their values, he said.

Following greetings from Jeremy Sin, a national church planting catalyst with the North American Mission Board, the day’s message was brought by Allen Hill, director of missions for the Appalachia Baptist Association in Georgia.

“Partnerships always begin with relationships,” Hill preached, expanding on the theme of the Filipino Fellowship’s annual meeting, “Partnership in the Gospel.”

“God is beginning to open a new door for the IMB [International Mission Board] and Filipino Baptists to work together in missions,” Hill said. “There are places Filipinos can go where whites cannot.”

About 200 Southern Baptist churches in the United States worship in a Filipino context.

With the development of a formalized group, a concerted effort has been made to draw all Filipino churches into the fellowship, which involves a $100 yearly contribution, participation in the fellowship and “commitment to the unity and harmony of the SBFNA churches,” according to the fellowship’s governing documents. As of this year’s annual meeting, 48 churches have joined the group.

A motion to limit voting privileges to members only was tabled for a year, to give additional churches time to join the fellowship.

A motion on term limits passed unanimously. Beginning with this year’s election, each officer will be limited to three terms of two years in that office. The executive director, who is not an officer, serves indefinitely.

“The coming years,” Santiago said, “are exciting and challenging for our group. The fellowship is now focused on our own long-term strategy for ministry and churches are uniting our efforts to accomplish it.”

The next annual meeting of the Filipino Southern Baptist Fellowship of North America is set for June 2020 in conjunction with the SBC’s annual meeting in Orlando, Fla.