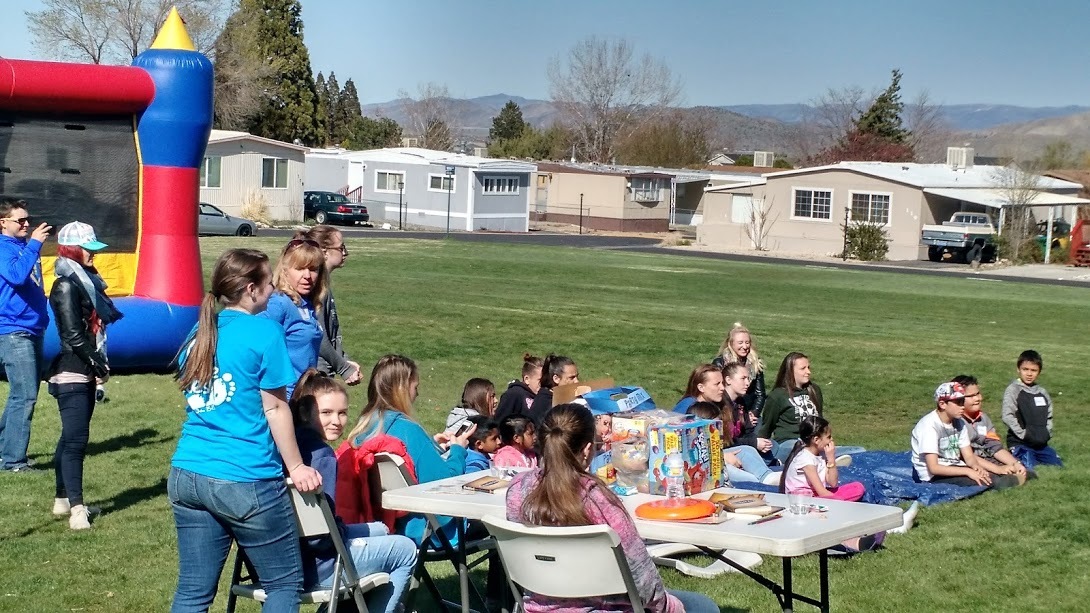 It’s called “Missions Camp,” and it teach-es participants to become comfortable talking about their faith in Jesus with family, friends and others.

“My wife Nicky spearheaded getting it started; she’s the driving force behind it,” said Feather River’s director of missions J Ballard. “The first camp was in 2009; the association had never had a camp before. We figured we’d make missionaries.”

A sense of missions awareness permeates the association, which stretches into three states: north into Klamath Falls,OR, east into Reno and a 115-mile-wide and 325-mile-long stretch of “mostly little mountain roads” in northeast California, he said.

“The amount of world missions impact these churches have is amazing,” Ballard told the California Southern Baptist. “Almost all of them are doing something: a Mexico orphanage, West Africa, South America, South Asia … .”

To reflect that global interest and increase that focus, on its website the association is called the Feather River Missions Network.

“I think every Christian should be a missionary,” Ballard said. “Going forward, we want to raise up the next generation of leaders and be a lighthouse of the gospel in each of our communities.”

Missions Camp is part of that.

“We teach them to do Bible stories, gospel presentations through bracelets and face-painting, and the youth go into town and do a service project,” Ballard said.

The project for the last two years has been helping Chester Baptist Church with its annual AWANA carnival. The week-long camp also includes swimming, team-building, archery, fishing and a climbing wall.

Missions Camp, in its tenth year, runs two tracks — 3rd through 6th grade, and 7th through 12th —the same week, with separate worship each evening that includes testimonies, skits, exciting music and messages from missionaries.

Community Church in Loyalton, which has been meeting in its present building since 1903, has been a Southern Baptist congregation since 2012, one of seven churches new to the association since Ballard was called as DOM in 2009.

Bill Loveridge is “lead elder” of the church that has baptized 19 since it joined Feather River and the Southern Baptist Convention. The church partners with the association to “spread the gospel and grow Christian disciples,” according to its website.

Community Church each year has increased its mission support through the Cooperative Program.

Another church that came into Feather River in 2012 is Evergreen Baptist Fellowship in Klamath Falls. They baptized 20 in their first seven years and have also steadily increased CP giving.

The most unique church building in the association is The Log Cabin Church (formerly First Southern Baptist) in Janesville, built in 1938. Interim pastor John Lloyd has been there since 2015 and the church has baptized nine over the last 10 years.

The building used by First Baptist Church in Quincy used to be a bowling alley, Ballard noted. Ryan Nielsen is pastor of the church that started in 1950.

First Southern Baptist Church in Susanville has the longest tenure in the association. John Murdock has been pastor since 2005 of the church that was started in 1948. Nearly 90 have been baptized over the last 10 years.

The newest church is a replant of First Baptist Church in Truckee, which started last year as a mission of Faith Ministry in Reno. Faith, Reno was started five years ago by Ballard and is jointly affiliated with Feather River and Nevada’s Sierra Baptist Association.

Each of the churches in Feather River Association is uniquely planted where it can be used by God, Ballard said. They are in a part of California where small towns are dependent on government services — dams, prisons, power plants — for their economic base, now that logging and timber industries have withered.

The association — with its 230 congregations and emphasis on assisting churches to fulfill the Great Commission — wanted to be involved in ministries outside its area, he noted.

“Our association admires the work J and his wife are doing in Feather River,” Lackey continued. “It’s amazing to us how much they accomplish with limited resources.”

Feather River’s DOM started his association service in 2007 as director of missions for Shasta Baptist Association. Ballard added Feather River to his assignment in 2009.

As of 2011, when the North American Mission Board stopped funding associations and started funding church planting, Ballard moved from Shasta, trimmed down to a one-third position in Feather River, and later started Faith Ministry in Reno, where previously he had been a pastor.

“Feather River churches relate to the airport and hospital in Reno, so it’s a close fit,” Ballard said. “I blur the lines, really, between church and association; it’s all Kingdom.

The association also now is equipped with a trailer fitted out for Disaster Relief mud-out ministry.

Seven from the church and association went to Houston in January to assist in hurricane recovery.

“We work together,” Ballard said. “We cooperate. That’s the Southern Baptist way.”