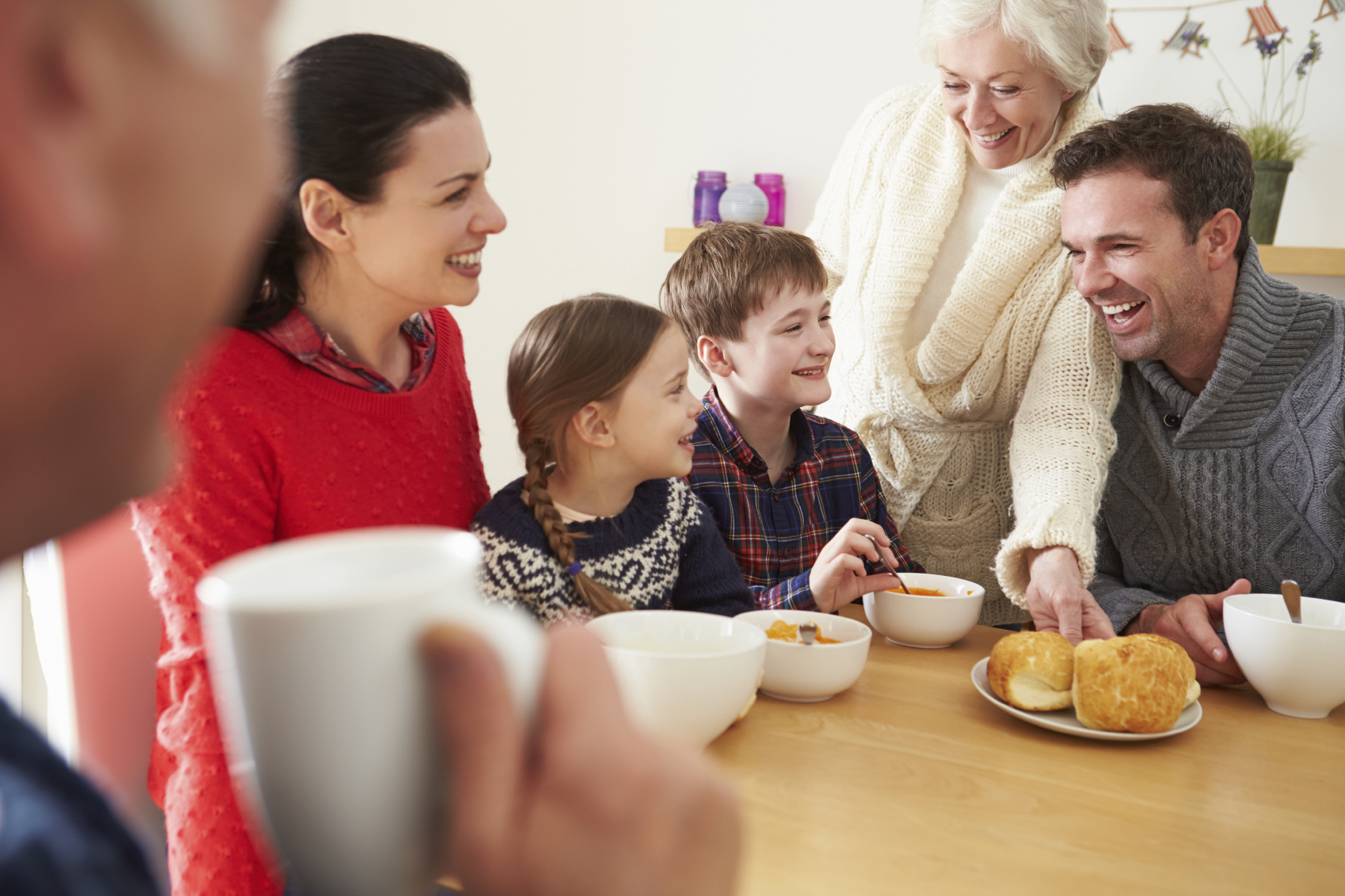 FRESNO – California law prohibits pre-teens from using tanning salons, even with their parents’ approval. At the same time, California law permits girls of the same age – 12-and-a-half – to have an abortion without a parent’s knowledge, approval or notification.

In defiance of California’s constitution, de facto homosexual marriage exists in the state because the highest officials turn a blind eye to it; and at the same time, overruling the wishes and personal views of parents, kindergarteners in public schools are being taught that homosexuality is normal.

And despite voter approval of Proposition 8, California’s governor and attorney general have willfully refused to uphold the state constitution, noted Jonathan Keller, CEO and president of the California Family Council and California Family Alliance, and a member of Copper Springs Church in Clovis.

Founded in 2004, CFC partners with churches and schools across the state to educate and inform the public about God’s design for life, marriage and family, and religious liberty.

The two entities receive some funding from California Southern Baptist Convention, and Philip Kell, president and CEO of California Baptist Foundation, was one of the founders of CFC.

One of 38 family policy councils in the United States, CFC is similar in purpose to the Southern Baptist Convention’s Ethics & Religious Liberty Commission.

“I’m really impressed with Dr. (Russell) Moore (ERLC president) and hope to pattern what we do after some of the work Dr. Moore is doing,” Keller said. “(He) has done a good job of reaching out to the millennial generations … . We want to use social media and the Internet, as well as other means, to engage the culture effectively and winsomely without compromising the authority or the inerrancy of scripture.”

Keller has been involved with pro-life issues since he was a freshman in high school; his Eagle Scout project was developing a pregnancy resource center in Sacramento.

He’s been on the CFC board of directors since 2012 and was named president and CEO in January. He was president from 2008-13 of Right To Life of Central California.

“The Church has always stood up for the orphan and widow, and there is no class of people today more oppressed than the unborn,” Keller said. “One out of three unborn aren’t born.

“We are seeing a lot of positive momentum in the pro-life arena,” Keller continued. “Nationally, since 2011, more than 100 laws and policies have been passed across the nation to defend the sanctity of human life. Still, there were more than 1 million surgical abortions in the United States in 2011.”

It’s nearly impossible to determine the number of chemical abortions through the use of the “day-after” pill and similar procedures, the CFC president added.

Pro-Life advocates across the nation should be encouraged because there is a growing movement to protect women and children from abortion, but California resists that trend, Keller said.

Surgical abortions can take place as early as eight weeks into a pregnancy, and in California, “it is legal to have a surgical abortion throughout all nine months,” Keller said. “I do believe it is the greatest single human rights issue in our nation today.”

Keller spoke to the California Assembly health committee May 6 on behalf of AB2336, which would have prohibited doctors from performing an abortion on a woman requesting an abortion specifically for gender selection.

Despite more than 50 speakers in favor of the bill, and fewer than 10 in opposition, it failed.

“Even something as common sense as prohibiting gender selection abortion can’t get passed because of the stranglehold Planned Parenthood has on the legislators,” Keller said.

“We are currently laying the groundwork for grassroots campaigns that would bypass the legislature and governor, for the people of California to directly make their voices heard to protect human life.”

In addition to abortion, CFC continues to monitor related issues.

The California Family Council in 2008 was instrumental in rallying Californians to vote for what’s come to be known as “Prop 8,” a constitutional amendment stating that marriage is legal only between one man and one woman.

Nonetheless, “California currently has defacto same-sex marriage because Governor Jerry Brown and Secretary of State Kamala Harris both refuse to uphold their oath to the state’s constitution,” Keller said.

“As long as we have elected officials who care more about public opinion from Hollywood and New York than they do about upholding the law and will of the people in their state, we’re going to see an erosion of God’s definition of marriage in the United States,” he declared.

“In the midst of this, it is important for Californians to not grow angry or bitter but to show love and compassion to our fellow citizens with same-sex attraction, while at the same time continuing to call everyone to a life of fidelity and chastity in accordance with God’s design for human sexuality,” Keller said.

God’s design for human life and families has been under attack since the Garden of Eden, but never as blatantly, Keller noted, as can be seen in 21st century California, where the state mandates that children in kindergarten be taught that homosexuality is normal.

“There is a huge double standard,” he said. “One of the other key things we want to do is to re-assert the primary function of the family. The first line of defense for a nation is caring for one another.

Every child has a basic human right to have both a mother and a father, Keller said.

“At California Family Council we believe the church and society at large should make a strong effort to enact policies that promote the well-being of families and children,” Keller said. “Along with the biblical definition of marriage, we also believe parents – and not the state – should be recognized as the primary caregivers of children, and those who are ultimately responsible for their physical, emotional and spiritual well-being.

“Along those lines, we work to defend and protect parental rights, to reject the view that children are wards of the state, and to re-assert God’s view that the family is the most fundamental and foundational unit of society,” Keller continued. “You need to have mothers and fathers before you have cities, states and nations.”

Anyone who wants a strong country should encourage strong families, he stressed.

“So many of the problems we face in America today – such as homelessness, drug use, crime and so on – so many can be traced back to a breakdown of the family unit,” Keller continued. “Statistics show that 85 percent of people in prison came from a fatherless home. That’s an example of how having parents in the home influences children’s views on almost every important issue.

“In a state like California, where the laws of the state say the school has to receive your consent to let your child be released for a field trip but the same school does not have to inform you when they want to get an abortion off-campus during school hours, clearly something is broken,” Keller lamented.

“Before the freedom of speech or the press, the very first part of the first amendment is the right to the free expression of religion,” Keller said. “In order to have any of the other freedoms, people must be allowed to freely exercise their faith in God … especially within the public square. There is a growing threat to religious liberty from both popular culture and also from state and federal governments.

“On the private sector side of things, we recently saw outside groups force the resignation of Mozilla’s co-founder and CEO Brendan Eich because in 2008 he gave $1,000 in support of Prop 8,” Keller said. “Remarkably, this private citizen was forced to resign – basically hounded out of his new job – for holding the same view as President Obama said he had in 2008.

“We are increasingly seeing those who hold to a biblical worldview are being required to conform or face severe economic penalties,” Keller continued. “The fact that private business owners must violate their consciences is something we’ve never seen before in American history.”

California Family Council and California Family Alliance, with two full-time and two part-time staff each, might be seen as the little Dutch boy who put his thumb in the dike to hold back floodwaters, but, “We see throughout scripture God uses the weak things to shame the strong,” Keller said. “He delights in using individuals to fulfill His purposes through seemingly insurmountable odds. Think of Gideon’s army, of David and Goliath. The Bible says the gates of Hell will not prevail against the church.

“That scripture implies the church is the one that is on the offensive,” Keller continued. “God has not called us to abdicate our responsibility to take His truth into every arena, whether it is art, sciences, education, health or elsewhere. Whatever the arena, God expects us to be there.”

Keller said CFC and CFA welcome volunteer participation and financial support. Donations may be made at www.CaliforniaFamily.org, or contact Keller at 559-300-5433 or jonathan@californiafamily.org.

All of life was created by God, and every aspect is intermingled, Keller said, quoting Dutch theologian Abraham Kuyper: “Oh, no single piece of our mental world is to be hermetically sealed off from the rest, and there is not a square inch in the whole domain of our human existence over which Christ, who is sovereign over all, does not cry, ‘Mine!'”