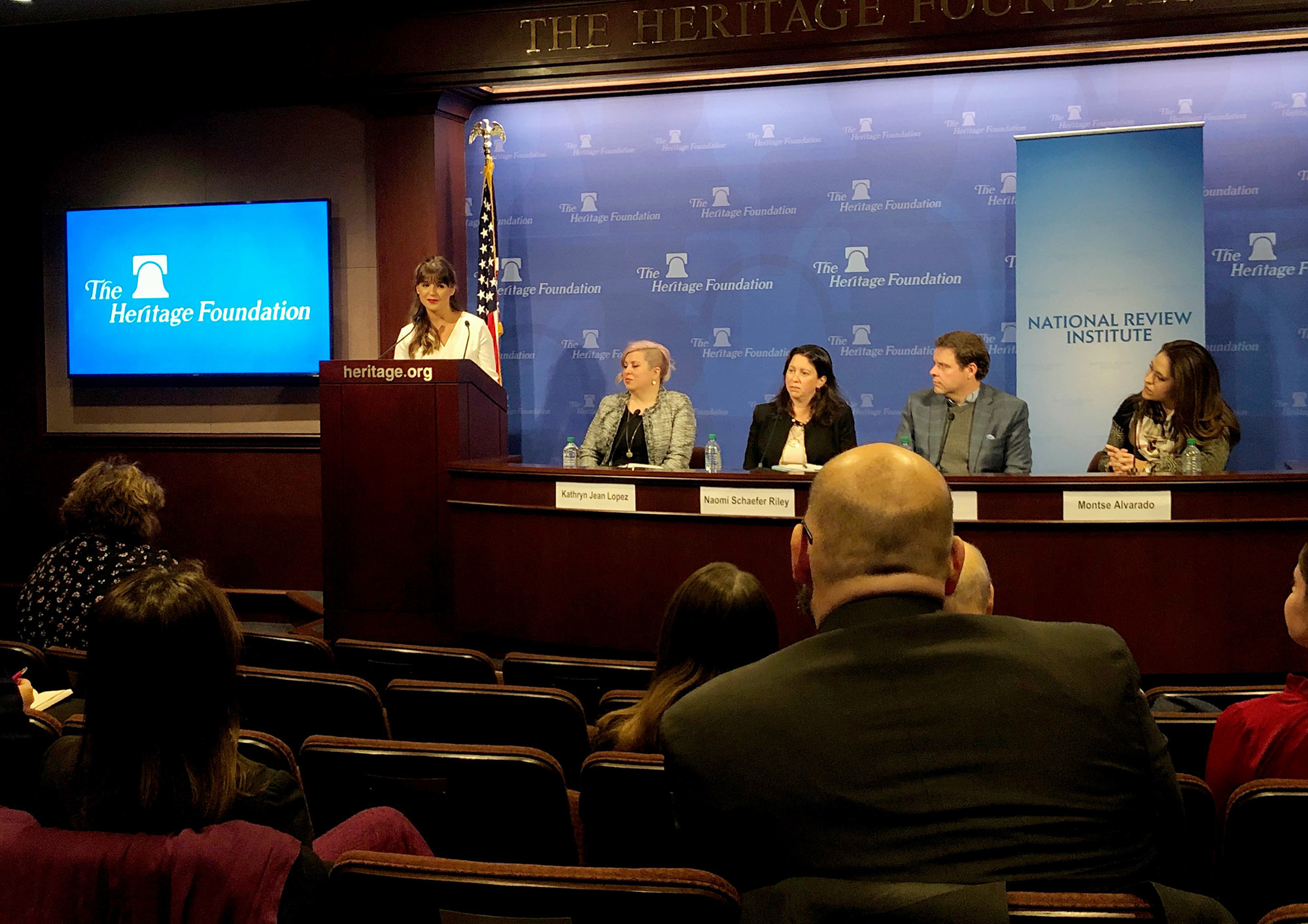 Faith agencies should be free to help children, panelists say

WASHINGTON (BP) — The government should not prevent faith-based agencies from providing services in keeping with their beliefs to children without homes and to families opening their homes, foster-care advocates said in a Nov. 13 forum in Washington, D.C.

In late October, the federal government reported the number of children in foster care dropped for the first year since 2011, though about 437,000 remain in the system. In addition, the number of children adopted with child welfare agency participation increased to more than 63,100, the highest total since the collection of such data began in 1995.

On Nov. 1, the Trump administration issued a proposed rule that revises an Obama-era regulation by ensuring religious freedom is guaranteed in its grant programs. The Obama administration rule — finalized days before President Trump was inaugurated in January 2017 — had the effect of prohibiting many evangelical Christian and Roman Catholic organizations from participating in federal child-welfare programs. The regulation affected agencies that believe marriage is only between a man and a woman and therefore decline to place children in the homes of same-sex couples.

Government policies in the last two years in Michigan and Philadelphia, however, have barred faith-based agencies from participating in public adoption and foster-care programs. The U.S. Third Circuit Court of Appeals ruled in April the city of Philadelphia did not violate the religious liberty of Catholic Social Services (CSS) in deciding to halt referrals to the agency for foster homes licensed by CSS. In a September ruling, however, a federal judge provided a victory for foster care and adoption advocates by blocking Michigan from canceling the state-approved contract of St. Vincent Catholic Charities to offer such services.

“You can’t deny that there is animus and discrimination going on here, and it’s not on the side of the agencies,” said Montse Alvarado, executive director of the religious freedom organization Becket. “It’s on the side of the political individuals who have decided that they don’t want to work with these groups and they want to bar them from society.

“That desire to get Catholic Social Services and Catholic Charities out of the foster care and adoption space has everything to do with not liking what they believe about religion and what their faith traditions teach and nothing to do with how well they do their work.”

When more than 400,000 children need homes and when Christian agencies recruit households at a high rate, Alvarado said, “[W]hy — when we announce a crisis — would we get rid of the groups that are recruiting and retaining families?”

Herbie Newell, executive director of Lifeline Children’s Services, told the audience, “[O]ur faith communities are aggressively doing good in so many different levels on child welfare, and we desperately need faith communities to be a driver in so many of those things.

[A]ny laws, any strategies that are aggressive to keep out faith-based or other child welfare providers who are doing a good job, following the laws and taking care ultimately of children are very short-sighted,” he said. “We have a big problem in our country, and we have a big problem around the world, and we need as many as people to come to the table to help with that as possible.”

Chelsea Sobolik, a policy director for the ERLC, cited the “importance of a flourishing, pluralistic society” when it comes to foster care and adoption.

Rep. Robert Aderholt, R-Ala., a co-chair of the Congressional Coalition on Adoption, told attendees, “Children deserve to be served by more agencies, not fewer agencies, who want to help find families for them. These families and these children [who] are in crisis deserve nothing less.”

The data released Oct. 24 by the Department of Health and Human Services’ Administration for Children and Families showed:

She was especially encouraged by the increase in the number of children adopted out of foster care, said Sobolik, who was adopted as a young child from Eastern Europe.

[W]e should pause and celebrate the good work that has been done, celebrate that all those children have homes now forever and allow that to further spur our work in these spaces,” she said.

The substance abuse problem is even worse than statistics show, said Naomi Schaefer Riley, a resident fellow with the American Enterprise Institute. She estimated 80 to 90 percent of cases in which children are in foster care are because of drug abuse by parents.

“We are not being honest about that,” Riley told the audience. “Neglect is by and large a category that these days is used to, I think, cover for drug abuse. And unfortunately, we don’t have a solution for addiction in this country or certainly not a foolproof one. And the result is that children are going back and forth” between biological parents and various foster homes.

ERLC staff worked with Trump administration officials and a broad coalition of faith-based groups to bring the Obama-era regulation in line with other federal nondiscrimination law.

Video of the event — titled “Adopting a Culture of Life and Love: Protecting and Defending Vulnerable Children and Families Against the Cruelties of Indifference and Ideology” – is available at https://www.heritage.org/marriage-and-family/event/adopting-culture-life-and-love-protecting-and-defending-vulnerable.