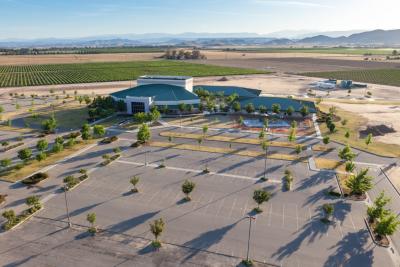 FRESNO—Changing the 2021 annual meeting venue from Sacramento to Clovis and electing a new communications director for California Southern Baptist Convention topped the May agenda of the CSBC Executive Board.

Not knowing what COVID-19 might look like in October and to provide a larger venue for the CSBC annual meeting, the Board approved moving the meeting from the Russian Baptist Church in West Sacramento to Clovis Hills Community Church in Clovis, during its May 13-14 meeting.

The action came by way of recommendation from the Committee on Convention Operations (COCO) which is responsible for directing annual meeting event planning. Since messengers approve dates and locations for the annual meeting, the only body having authority to change the venue was the Executive Board, which serves as the Convention “ad-interim,” according to the CSBC Constitution and Bylaws.

Pete Ramirez, associate executive director and CSBC staff liaison with COCO, said in a normal, non-COVID year, the Russian Baptist Church in West Sacramento would be sufficient. “However, the Clovis Hills Church campus give us greater flexibility and room to adjust to COVID regulations if needed.”

He noted that church leaders of both venues have agreed to the change. The Russian congregation in West Sacramento has hosted the CSBC annual meeting twice – 2007 and 2016. This year will be the fifth time Clovis Hills will have hosted the annual meeting since 2010.

Beaird is a life-long California Southern Baptist. During his childhood and youth years, he attended Magnolia Church in Riverside. He is a California Baptist University graduate and worked at Jenness Park Christian Camp, CSBC’s former campground, for 12 years. Beaird served as director of sales and marketing seven of his 12 years of service. He is married to the former Lauren Regensberg. Her father, Daryl, serves as pastor of Lifeway Baptist Church in Fresno; her mother, Beverly, serves on the CSBC Church Revitalization Team. The Beaird’s have three children.

Beaird will succeed Barone who will have served CSBC communications for more than 30 years. In 2022, Barone will continue his relationship with CSBC by serving as a part-time administrative and communications consultant.

Newly affiliated congregations and other business

The Board also authorized the reassignment of designated gifts “no longer applicable for their original purpose” to afford ministry teams flexibility in better fulfilling their ministry goals of serving churches.

Background for the recommendation noted that donors designated gifts for “specific projects which are no longer valid.” In essence, the gifts are “trapped because the lifespan of the projects for which they were intended has ended. While it made sense to designate the gift at the time given, the designation is no longer valid.” The Board approved reassigning the funds, totaling almost $111,000, to a designated general account for “Kingdom purposes.”

The CSBC Constitution allows interim vacancies on all boards to be filled by the Executive Board, but only until the next annual session (October 2021).

In other action, the Board:

The next meeting of the CSBC Executive Board is scheduled September 15-17 in Fresno.