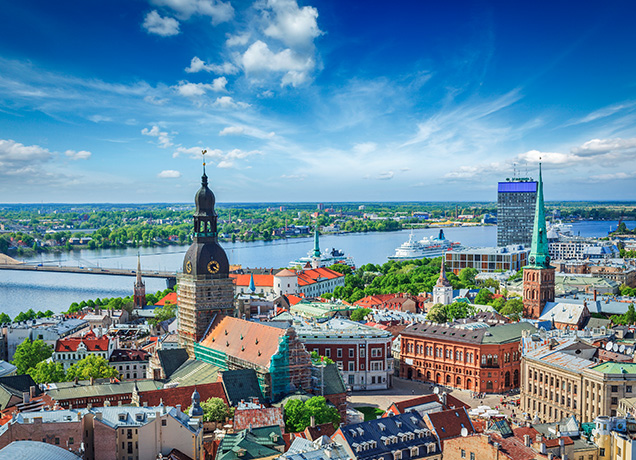 FRESNO — A five-year partnership with Latvian Baptists was approved by the California Southern Baptist Convention Executive Board during its spring meeting May 8.

The collaboration would be between CSBC churches, the Union of Baptist Churches in Latvia and the Baltic Pastoral Institute, with the entities participating in evangelism, church planting, church revitalization, ministry, mission action and healthy church initiatives.

K.C. Chavers, chairman of the Board’s strategic ministries committee that brought the recommendation, noted those working with the partnership would establish specific details and objectives by 2016 to move the partnership forward.

Chavers, a member of LifeWay Fellowship in Santa Maria, explained that CSBC already has participated with Latvian Baptists by providing funds to build two evangelistic Block Party Trailers to help with church starting and other ministries.

Convention personnel heading up the partnership will be Mike McCullough, associate executive director, and Randy McWhorter, CSBC evangelism director. Paul Reed, a staff member at Immanuel Baptist Church in Highland who has an established relationship with Latvian Baptists, also will be a liaison between California and the Northern European nation. The partnership is from May 2015 to April 2020 with an option to extend it for an additional five years.

The Board heard reports from those entities, as well as the California Family Council about moral and legislative concerns on the state and national level.

In his report to the Board, Fermín A. Whittaker, CSBC executive director, said CSBC led the Southern Baptist Convention in the number of new churches started in 2014. With 122 new works reported, the California convention accounted for 10.2 percent of the 1,193 SBC total. He also congratulated the healthy church group for publishing MY316 witnessing materials and sponsoring Elevate Summits throughout the state to help churches “move to the next level.”

Whittaker commented on other initiatives such as a new CSBC website to be launched in the fall, and translation of materials into languages to support ethnic churches.

In a devotion, Board member Matt Spradlin, pastor of Shoreline Baptist Church in Fountain Valley, recounted the first time he participated in door-to-door evangelism and won someone to Christ, while Board Chairman Sean Beaty, pastor of Clovis Hills Community Church in Clovis, encouraged members to continue “making the main thing the main thing” in order to win 33 million lost persons in California to Christ.

The next Board meeting is scheduled for Sept. 10-11 in Fresno.