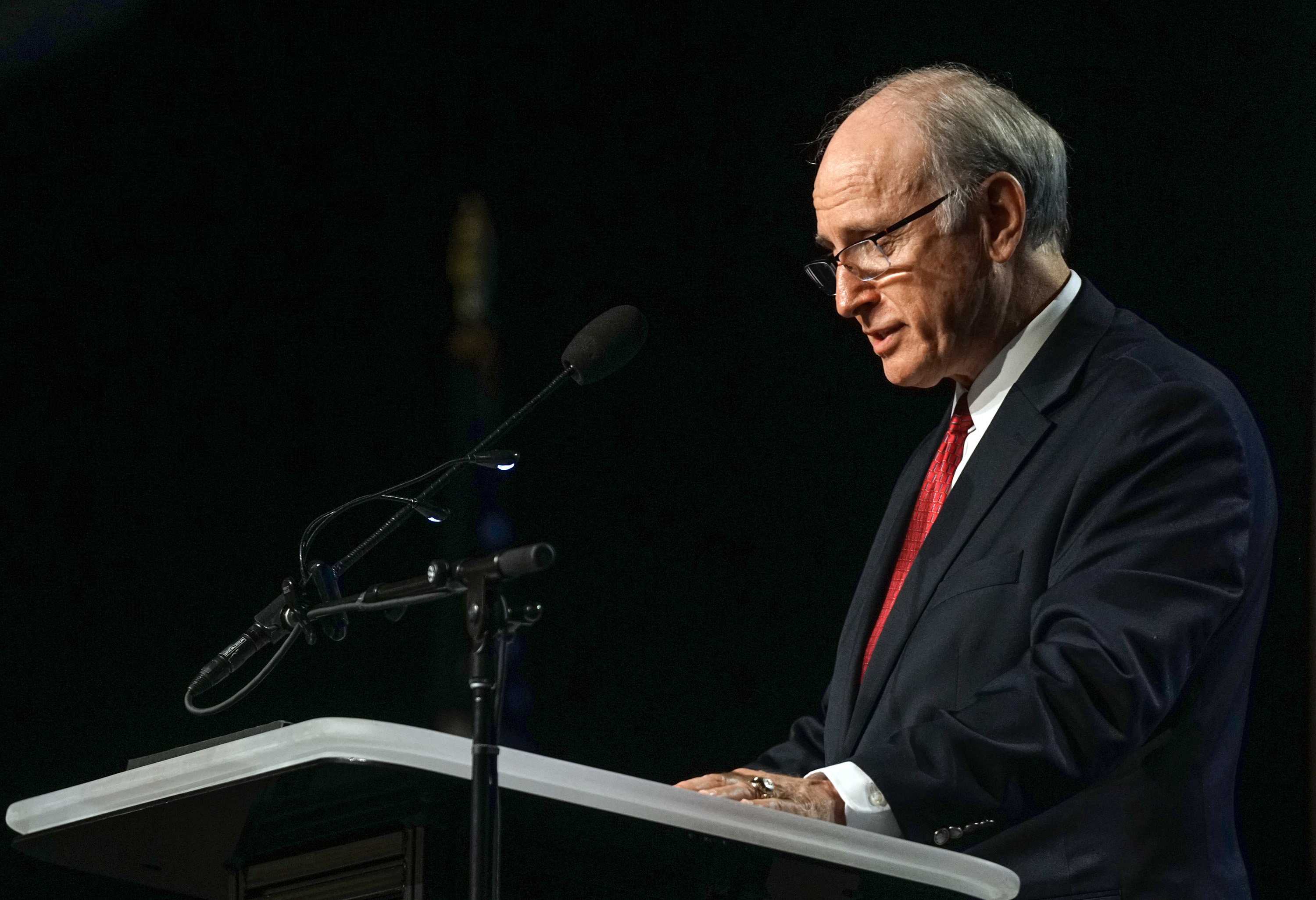 Key statistics including top-enrollment seminaries and the largest Protestant membership in the U.S. can camouflage less favorable trends such as declining baptisms and a sharp dip in personal giving, Boto said.

“I think it’s important that we not overlook the whole picture,” Boto said in the EC’s Tuesday afternoon report at the SBC annual meeting. “I do want my report to be encouraging … but I also want it to cast a true picture, so we can be inspired to reach greater heights.”

In his interim role, Boto heads the national SBC office that receives donations for the national and international causes through the Cooperative Program (CP), the Southern Baptist channel that also supports missions and ministries at the state level, where gifts are received from local churches.

At least six states give 50 percent or more of their receipts through the CP, yet on average, local church giving to the CP has declined from 5.5 percent in 2013 to 4.86 percent in 2017, according to the SBC’s Annual Church Profile (ACP), Boto said.

“In the last 18 years, though our national ministry receipts have improved by just over $17 million, our state ministry support has shrunk by over $41 million,” Boto told messengers.

“We cannot forget that missions and ministries at the state level depend on the Cooperative Program too,” Boto noted.

Personal giving has dipped sharply since the 2008 economic recession, Boto said, and according to latest SBC statistics, baptisms have declined for eight of the past 10 years. The 254,122 baptisms churches reported in 2017 are 26.5 percent fewer than in 2007, according to the ACP. If each of the 15 million Southern Baptists led one person to Christ in one year, the size of the church family would double, Boto said, and simple tithing could greatly expand the SBC’s reach.

“By any estimate, we could certainly expect a gigantic increase in all of our present fruit,” Boto said. “I do not mean to be self-righteous. My tithing may be a habit, but habits don’t make people righteous. Being washed in the blood of the Lamb does. A real relationship with Jesus does.”

Boto, an attorney and layman who serves as EC executive vice president, turned to Scripture to encourage Southern Baptists in evangelism and stewardship. He focused on 1 Thessalonians 5:19, Ephesians 6:19 and Ephesians 6:29-32.

A new resource the SBC is offering in partnership with popular financial speaker and author Dave Ramsey, “Leverage,” can help Southern Baptists not only give financially, but to share with spiritual testimonies, Boto said. Witnessing doesn’t require deep theological knowledge or a wealth of answers to potential inquiries, he said.

“Those things are helpful, of course, but it is most helpful to remember that God does all the leading, and provides the words,” Boto told messengers. “Some of the words He has already provided are in John 3:16. Those are great words, all by themselves.”

Also during the EC report, the importance of ministry on college campuses was underscored to messengers.

“Historically Southern Baptists have been at the forefront of reaching college students,” said Josh Miller, who is leading a church plant, Center Church, at the University of Virginia in Charlottesville.

“From the Northwest to the Southeast, pockets of Southern Baptist churches … are reprioritizing the campus with incredible results,” Miller said. “But if we’re going to reach the 22 million college students in North America, we as Southern Baptists must all reprioritize the campus.

Justin Leitch who, with his wife Bailey, is assisting Miller and his wife Meredith in starting Center Church, told messengers, “When we were lost, you planted a church and reached us. When we were moldable, you trained us. When we wanted to plant a church, you invested in us and now commissioned us and sent us.

“To our Southern Baptist family, thank you … for the way that you are now launching us out to reach university students in a new context,” Leitch said.