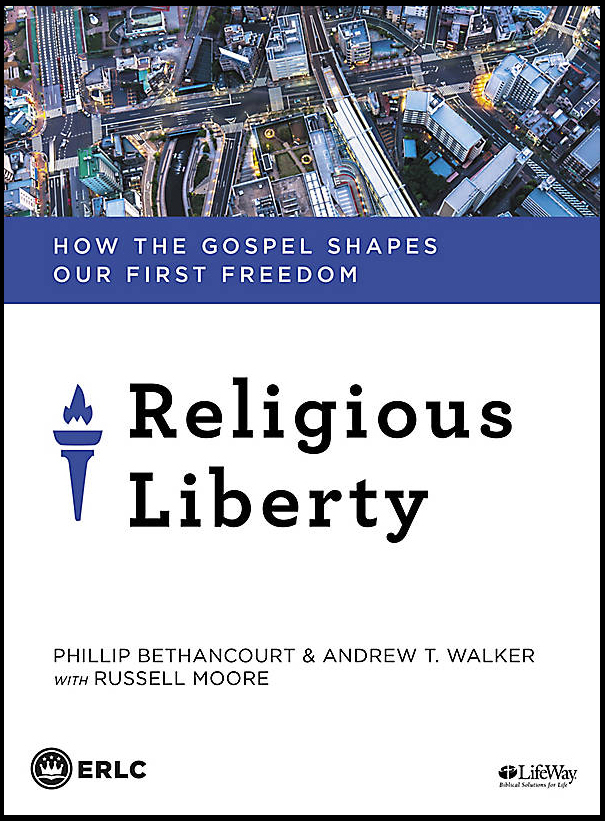 NASHVILLE (BP) — Two Southern Baptist entities have combined efforts to produce a small group study on religious liberty at a time when the fundamental freedom appears to be both threatened and misunderstood in the United States.

The Ethics & Religious Liberty Commission (ERLC) and LifeWay Christian Resources announced the release of the study -– “Religious Liberty: How the Gospel Shapes Our First Freedom” — Tuesday (March 7). The six-week study is available for purchase through LifeWay.

The free exercise of religion guaranteed in the First Amendment of the U.S. Constitution is under attack for some Christians and other religious adherents — especially those who object to using their services for same-sex weddings or to performing abortions or other medical procedures that violate their consciences. In addition, some in the church seem uncertain whether religious freedom should extend to people of all faiths.

The curriculum’s goal “is to equip churches to see religious liberty as it is — grounded in the Gospel,” said ERLC President Russell Moore.

“In an age when religious liberty is increasingly imperiled we all need to be reminded that religious liberty isn’t a partisan political idea,” Moore said in a written release. “It’s a fundamental part of being made in the image of God, and being created with a conscience that is answerable ultimately to Christ, not Caesar.”

He prays the study “will help believers and churches dismantle myths and misconceptions and help the body of Christ be faithful in its witness in the years ahead,” Moore said, adding he is thankful for the partnership with LifeWay and those who contributed to the study.

Michael Kelley, director of LifeWay’s Groups Ministry , noted “most of us have never experienced life without religious liberty. It’s one of the great blessings we enjoy, but also one of the blessings we might take for granted. We are hopeful that this study will be a great resource to help many better understand and appreciate this first freedom.”

Each of the six lessons consists of a 60-minute group session, plus individual study, journaling and an article by a religious liberty expert. Each group session includes 15 to 20 minutes of video featuring pastors, scholars and other leaders commenting on religious freedom.

The six lessons are:

— Religious Liberty and the Bible;

— Religious Liberty and the Common Good;

— Religious Liberty in the Public Square;

Walker told BP the ERLC-LifeWay curriculum is the first to his knowledge to be “dedicated explicitly to religious liberty.”

“Considering that religious liberty faces challenging headwinds like never before, it is urgent that Christians understand the relevance and necessity of religious liberty, not only for themselves, but how its biblical foundations lay the groundwork for a society that fosters respect and liberty amid great diversity,” Walker said in written comments.

“Understood from a biblical perspective, religious liberty is a vital component for the advance of the Gospel,” he said. “Consciences must be free to respond to Christ, and free societies ensure that persuasion — not coercion — can occur.”

Materials for the study may be ordered online at http://www.lifeway.com/n/product-family/religious-liberty?cid=RDR-religiousliberty.