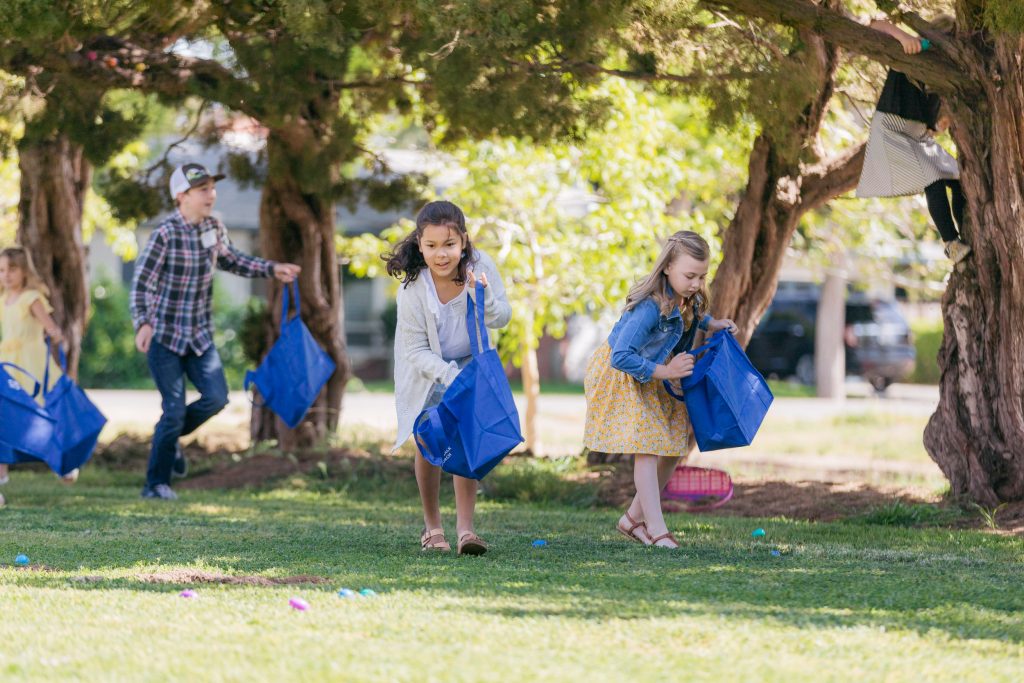 YUBA CITY—On Easter Sunday a man in his late 50s slipped into the back row at Citywalk Church in Yuba City, his grandson in tow. He had never attended the church before, but when Pastor Chris Finchum asked people to indicate if they wanted to be saved, the man raised his hand.

“He said he would be back,” Finchum said. “That was cool to see him make a profession of faith, but he also was excited that his grandson” attended.

The man was one of 10 who professed faith Easter weekend at Citywalk, thanks to a witnessing blitz funded by an evangelism grant from the California Southern Baptist Convention.

“If you don’t have anything coming up that you need an evangelism grant for,” Finchum told other churches, “then you need to get something on your calendar that you need it for.” The CSBC “is really gracious” with the grants.

Citywalk launched three years ago in Yuba City, 40 miles north of Sacramento, when five families from Florida (including Finchum’s) moved there with a burden to reach the lost for Christ. The congregation was gaining momentum but lost its meeting space at a local school when COVID-19 hit.

They reopened in rented space at a Seventh-day Adventist church. As Easter approached this year, Citywalk leaders wondered if there was a way to bolster their normal evangelistic push. The answer came in the form of their CSBC evangelism grant.

The congregation used the grant for a multifaceted outreach strategy, including yard signs, posters around town and invitation cards for church members to distribute.

“We really encouraged our [church] to invite,” Finchum said. “Take these invite cards, get 30 seconds of courage and invite that neighbor or coworker to come with you, that family member who doesn’t know Jesus. And they did. They responded really well.”

Normally, Citywalk has one service each Sunday with approximately 130 attendees. On Easter, they held two services with a combined 240 people. For kids, they had a “glow party” with fluorescent, glow-in-the-dark games.

Yet the evangelistic push extended beyond one special day. With Mother’s Day just three Sundays after Easter this year, Citywalk formulated a plan: Since people were likely to attend church on Mother’s Day too, they only had to be drawn back one of the two intervening Sundays to attend three out of four weeks. If people attended that many times in a short period of time, church attendance might become a habit.

So Citywalk was disciplined to follow up with Easter guests. The strategy seems to be working.

“It’s been good to see God save people on Easter but then see some of those people already starting to take steps to connect with Jesus on a deeper level and connect with a local church,” Finchum said.

Among those beginning to connect is a man who first came to Citywalk because the church agreed to let him perform court-ordered community service by setting up and tearing down for worship services. After his sentence was complete, however, he kept attending and bringing others. On Easter, he texted a church leader to say, “God was at work in my heart.”

Based on the harvest of souls, Finchum urged other churches to apply for CSBC evangelism grants.

“There’s a really good chance that you’ll get this, so apply for it,” he said.

Any California Southern Baptist church that has given through the Cooperative Program in the past 12 months may apply for an evangelism grant at CSBC.com.