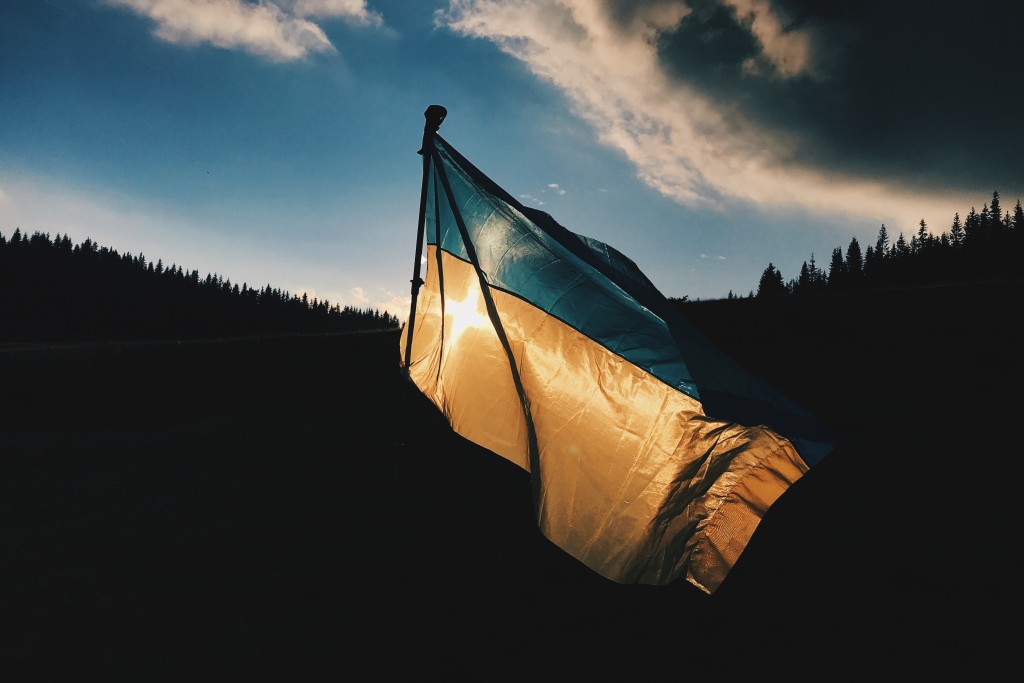 California Southern Baptists are being urged to give money today for humanitarian efforts of providing fuel, food, shelter, and medical expenses for Ukrainians tomorrow.

The effort is being spearheaded by Scott Bird, pastor of Anchor Bible Church in Modesto and director of missions of Central Valley Baptist Association.

In 2018, it appeared to be a run-of-the-mill, short-term, mission trip to Ukraine for Bird. But today it’s clear the trip was intended for much more.

Bird’s connection to the Slavic country in Eastern Europe began not with his mission trip to Kherson four years ago, but through his great grandmother, born just outside of Kyiv.

The Central Valley pastor developed lasting relationships with Ukrainian Christians during the mission trip. With  technology, Bird has been able to maintain relationships and be a mentor and source of encouragement to leaders in the war-torn nation.

In 2022 those connections have grown into real-life, war-time allies for the kingdom. He maintains several contacts in Western Ukraine serving in frontline humanitarian efforts. Through his efforts, California Southern Baptists have the unique opportunity to come alongside and offer immediate help to fellow brothers and sisters in Christ experiencing real needs.

The Rallying Cry from Kyiv

As Bird relays stories from nationals on the frontlines, one thing is clear. Believers in Ukraine understand both the risk and their calling in this conflict. The risk is high for pastors in Kherson as the military are systematically knocking on doors to direct professionals back to work. Teachers are being sent to the classroom and doctors to the hospitals. Pastors, however, are under threat of imprisonment as Russians do not have a place for pastors and other faith leaders to return to since evangelistic theology is viewed as a cult with western roots.

Tavriski Christian Institute, a Christian college in Kherson whose mission is to provide Christian education for men and women from former Soviet Republics to plant and grow churches, has been occupied by Russian forces. Bird reported that a staff translator from the school who fled with his family to Lviv, saw TCI’s dorms turned into a government center for hostile military operatives, displacing many of our Eastern Bloc brothers and sisters who only one month ago were studying there.

Yet, in particularly devastated Kherson regions, select pastors are “being allowed to help in relief efforts as Russian propaganda benefits from the images of healthy people in the areas they have conquered” he said. “It’s a catch-22.”

Also, an already overcrowded orphanage system is being pushed to its limits. Prior to the invasion, which began February 24, Ukraine boasted one of the highest rates of orphan care in all of Europe. 57 orphans have been transferred to a local church in Kherson which has opened its facililities and where believers are stepping into the gap to care for these vulnerable children.

Meanwhile, pastors on the ground are making the “glory of God” their battle cry. Bird noted that Alexander T, a pastor in Kyiv, told him, “Christ did not call us to live for as long as we could. He calls us to live for His glory.” Another Ukrainian pastor in occupied Kherson, taking inspiration from Romans 12, shared, with Bird, “We are called to suffer with those who suffer. How can I do that if I flee?”

When asked what stateside people can do, the director of missions encourages American Christians to do more than “sit and stew.” Instead, he implores believers to “pray, provide, and participate. Pray for peace and restoration in Ukraine. Pray for pastors and the church and pray against plans for evil.”

Because of Bird’s connections in Ukraine, relief funds are being delivered expeditiously. TCI staff and other Baptist leaders have developed a networking system to distribute resources throughout the country.

On Tuesday, March 8, Bird wired $1,000 to a pastor named Andriy (whose name has been changed for his protection). The next day, Andriy took the funds and traveled along the back roads to negotiate with a local potato farmer. When Andriy asked what $1,000 could purchase, the farmer offered two tons of potatoes, cabbage, and onions. Andriy took the 4,000 pounds of produce back to the churches and fed meals to refugees that day. Within 24 hours of the funds being sent, they had been spent to feed the people through the ministry of the local church, and many unbelievers in the region are witnessing and experiencing the hands and feet of Jesus firsthand.

But the wins do not stop there. As vans filled with life-saving resources are given access to devastated villages throughout Ukraine, other local pastors are utilizing the emptied vans to shuttle refugees from danger zones into safer territories. Bird tells of one particular believer in Kherson who has recruited his unbelieving brother-in-law to help rescue displaced Ukrainians; another example of the strong witness happening through the network of believers throughout the country.

Bird foresees a significant demand for funds and predicts a need of almost $2 million to help in the months ahead. He said, “In most instances, the money given today is translated into direct action within that day. Donated funds are being used for fuel, food, shelter, and medical expenses [and will never] go towards combat or military-related expenses.”

Central Valley Baptist Association churches have raised more than $12,000 in donations and Anchor Bible Church has committed to cover all administrative costs for wire transfers, assuring no gifts are lost in transaction fees, and California Southern Baptist Convention is dedicated to the cause.

Francis Chung, CSBC’s Mission’s Initiatives Team leaders shared, “our efforts to care for the Ukrainian people are a way to show hope to the hopeless and display the love of God in the cruelest of circumstances. This contrasts the evil we are witnessing on a daily basis. California Southern Baptists are helping Ukrainian pastors and believers who have stayed behind to shepherd and serve their fellow countryman who could not flee. As John 15:13 teaches, ‘Greater love has no one than this, that a person lay down his life for his friends.” Many Ukrainian believers have bought credibility for the gospel with their courage and their very lives.’ How can we hear these stories and not help?”

How to support the effort

Portals for donations are set up on our website (CSBC.com) and can also be accessed here. All funds donated through these platforms will be distributed directly to kingdom relief through our partnerships with Central Valley Baptist Association, NAMB’s Send Relief, and California’s Disaster Relief.

Finally, Bird encourages California Southern Baptists to “prepare now to purpose in your hearts to participate in trips to help our brothers and sisters rebuild.” In Eastern Ukraine, where the Russian military has infiltrated the region, no humanitarian agencies have yet been granted access to help. Of course, thanks to this network of kingdom connections, birthed out of a mission trip in 2018, help is still available to the people through the ministry of local Ukrainian churches. You can be a part of this real-time effort. Your $1,000 donation today can help feed and shelter the needy in Jesus’ name tomorrow.