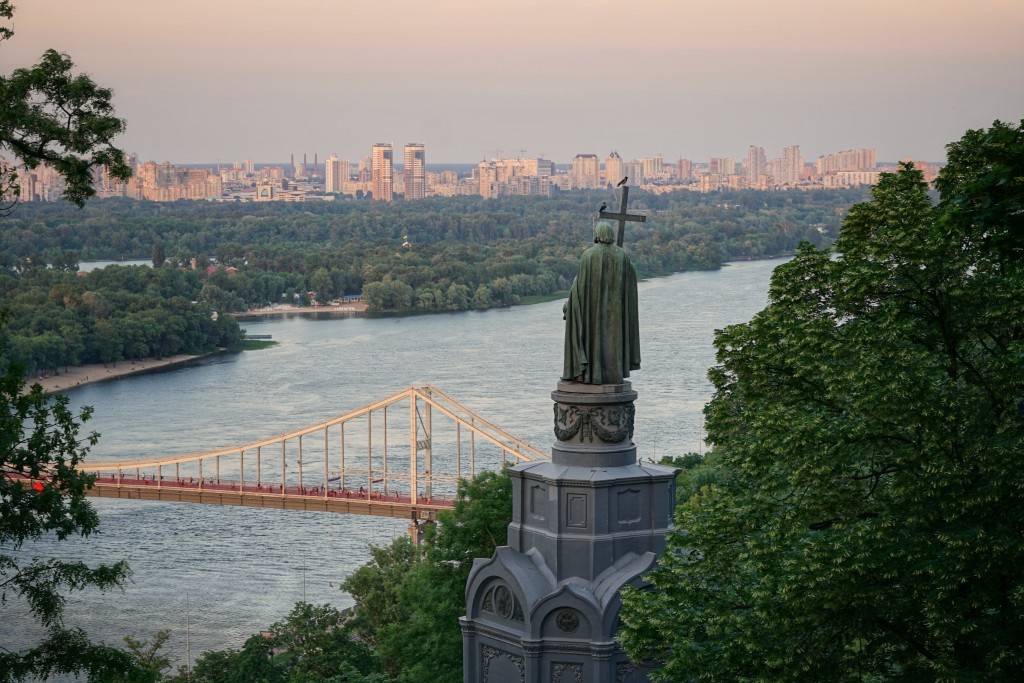 FRESNO—Two California Southern Baptist pastors of Slavic descent agree the Ukraine-Russia crisis could be a testimony to Christ and lead to revival for peoples of both nations.

Vitaliy Kuchkovskiy, originally from the Ukraine and a pastor at Highview Bible Church in Fresno, said he prays the crisis becomes a “tremendous gospel testimony” demonstrating the blood of Jesus is a greater unifier than homeland roots.

Bogdan Kipko, pastor of Forward Church in Irvine who immigrated with his family from Kazakhstan 30 years ago, said his greatest hope is for believers on both sides to “maintain the unity of the spirit and bond of peace. I believe this war could bring revival among Ukrainians and Russians. I want to see more from both countries accept Christ and be baptized. We need to pray for revival. I believe they are ripe for it.”

However, Kuchkovskiy fears that Satan could use patriotism to cause believers of both countries to be at odds with one another. “It is a temptation for all of us,” he said, “despite our unity in Christ.”

“My fear,” he noted, “is that bloodshed would only intensify hostility – even among believers.”

Kipko voiced his “frustration” that the war has “caused dissention and disagreement and division among believers in Jesus Christ. Satan has sown enmity, strife and hatred, not only among nations, but among believers.”

Kuchkovskiy said the Ukrainian people are using the phrase, “Glory to Ukraine. As a patriot, I understand that, but as a believer, I know that God should not share His glory with another. I worry that we make it so much about the Ukraine, that patriotism becomes the new God.”

As the conflict deepens, those feelings could become deadly and pointed to what “politics has done in the American church.” He said many believers have “taken political sides” dividing brothers and sisters in Christ. “And that is without a war,” he emphasized.

He pointed to Paul and Peter in the early days of the church and their continued reminders for unity. “We all need to remember there is neither Jew nor Gentile but that we all have been bought with a price.”

He asked, “If the church is divided, what kind of message does that send to everyone else?”

Kipko agreed that the gospel of Jesus should be lifted above all. “That is difficult to do when there are men in the situation wanting to be Lord.”

“My prayer,” Kipko said, “is that even in the midst of such a tumultuous time of war and geopolitical unrest, the Ukrainian people see with clarity that their future is not this crisis, but their future is an eternal future that Jesus Christ secured for them. It is a life without pain, tears and death.”

He also prays that they would “become strong and more resilient than ever before because no government or earthly kingdom or army can occupy what Jesus has secured for them because of His work on the cross.”

As a child, Kuchkovskiy was made aware of the division between the two countries through history at his Ukrainian school and at home. Even as a 10-year-old who immigrated to Fresno,

“My father would not allow us to call him ‘papa’ because that was a Russian term for father. Instead,” he said, “we had to call him ‘tato,’ the Ukrainian word for the same term.”

Kuchkovskiy said the conflict “hurts so much because of how much our people have in common.”

“My heart breaks” Kipko lamented because of the toll the war is taking on the Ukrainian people. “My greatest frustration is for the Ukrainians who are experiencing harm and suffering. They are losing lives, homes, businesses, and social establishments.”

According to the BBC, more than 1.7 million refugees have fled to neighboring countries to escape invading forces, according to news reports.

All Kuchkovskiy’s family on his father’s side live in Fresno. However, his mother’s family still resides in the Ukraine. Because technology makes it easier to communicate, he reports, “As far as we know, all are still alive. We do know of one cousin who was able to make it to Poland.”

The real dilemma, according to Kuchkovskiy, is whether to leave or not because “men between the ages of 18 and 60 must stay and fight. This leaves families with really tough decisions for women and children to go and split families.”

Prayer and truth of Scripture

Asked about his prayer for the situation, Kuchkovskiy said, “My immediate prayer is for peace and an end to the hostility. My ultimate prayer is peace with God. I want those on both sides who don’t know God to come to know Him. I pray this conflict would not further alienate them, but show them they need Christ. I pray they would be enlightened to see man’s depravity and the evil man is capable of apart from God.”

Kipko would like to see the love between believers of both countries demonstrated. “There is a real opportunity for Ukrainians and Russians to love one another more than ever before. We need to remember that our enemy is not another person, but instead ‘against the powers of this dark world and against the spiritual forces of evil in the heavenly realms’ according to Ephesians.”

He continued, “I believe the Ukrainians and Russians can love one another just as Christ loved us.” He believes Paul’s admonition to the Galatians to “do good to all people, especially to those who belong to the family of believers” is appropriate for this crisis.

The Russian-born pastor of the multi-ethnic congregation in Southern California, said Jesus warned there would be “wars and rumors of wars” and the end would come later. “My clarion call is for everyone to get their house in order,” noting scripture teaches us to be ready.

“Scripture and the truth of the Bible must weigh in on the geopolitical happenings in this world, not the other way around,” Kipko said.

He added, “We must let scripture influence us more than social or mainstream media. The only truth we really have is found in the pages of scripture. We need to be on the side of real truth instead of the alternate truth being offered today. Maybe we as believers have spent too much time looking at ‘Facebook’ and not enough time looking into the ‘good book.’”