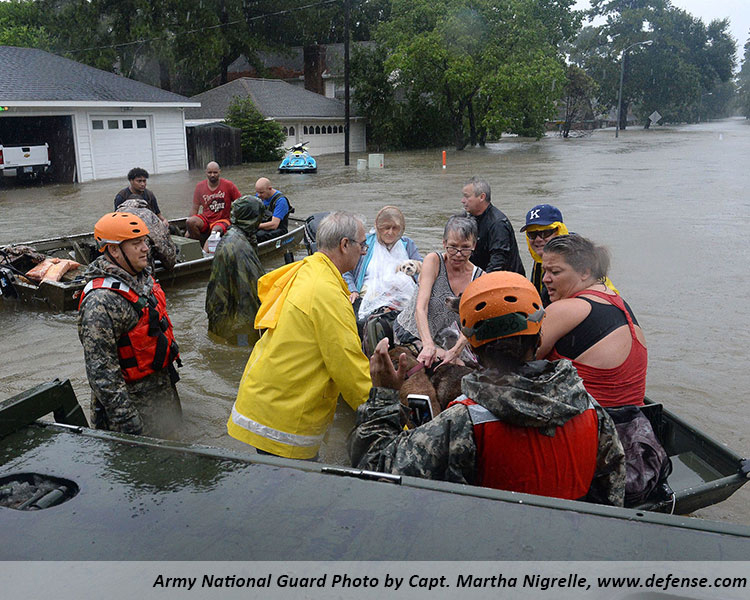 CSBC on alert for Harvey response

California Southern Baptist Disaster Relief is on “alert” in response to Hurricane Harvey and the epic flooding across Southeast Texas, according to Mike Bivins, CSBC Disaster Relief coordinator.

Bivins has been in contact with Texas Baptists and national Southern Baptist Disaster Relief partners and offered assistance with mass feeding, chaplains, and cleanup and recovery.

He noted the disaster “continues to be in a rescue phase” which most DR volunteers are not trained to handle. “When this disaster becomes a ‘relief’ effort, California Southern Baptist DR volunteers will respond.” Bivins also said the response to Hurricane Harvey “will be a long-term effort.”

At this point, Bivins anticipates sending a mass feeding team, composed of 10-14 people, for at least six weeks. After that he said cleanup and mud-out teams could be used for months.

may be used for the preparation of meals, cleanup of homes, recovery assistance and providing transportation for teams and equipment for this and future disasters.

CSBC Executive Director Bill Agee called on California Southern Baptists to give since “resources will be needed as Disaster Relief volunteers from our churches are deployed in the future. Californians deal with our share of disasters ranging from wildfires and flooding to earthquakes. This disaster is on such a large scale it is difficult to comprehend.”

“Because of that, I call on California Southern Baptists to pray. At a time like this, when we feel inadequate to respond because of distance, we need to pray for the people in the middle of this tragedy and for those who will provide hope as relief efforts begin.”

For continued updates on the CSBC Disaster Relief response to Hurricane Harvey, go to www.csbc.com/harvey.