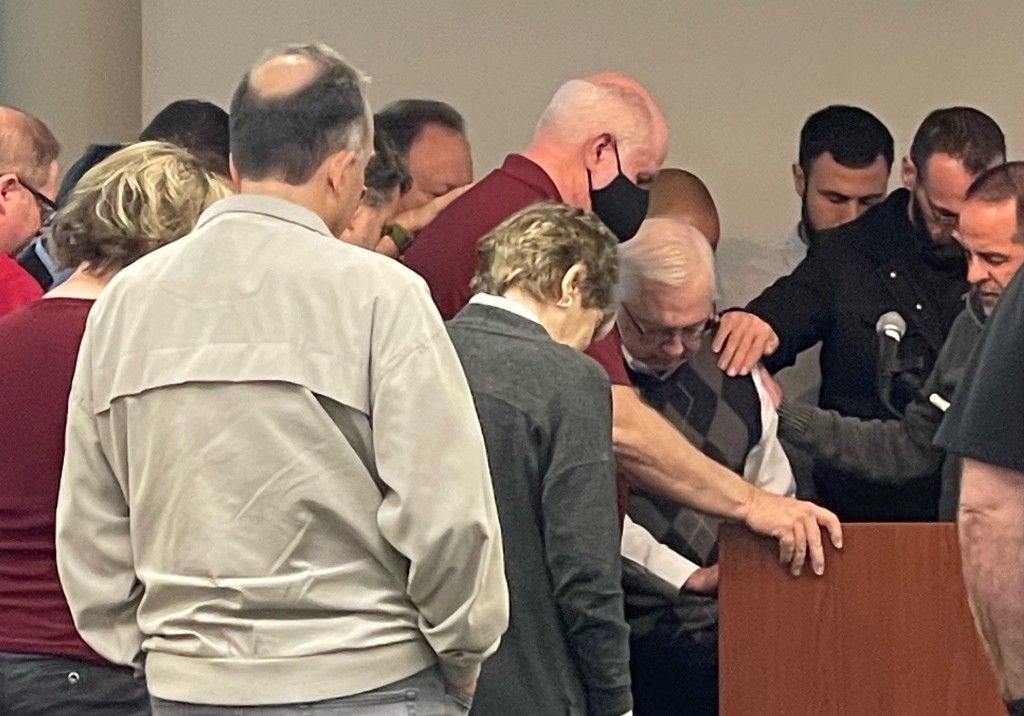 FRESNO—California Southern Baptist Convention Executive Director Bill Agee will begin a transition to retirement on Feb. 1 and conclude by Dec. 31.

A transition plan to find a new executive director for the 82-year-old organization was approved by the CSBC Executive Board Jan. 27. An Executive Director Search Committee also was elected.

The plan allows Agee to begin moving to Oklahoma and allows Associate Executive Director Pete Ramirez a greater role as chief operating officer of CSBC. This will allow Agee an easier transition to retirement. Agee will still be available to the Board, associate executive director and new executive director if elected before his Dec. 31 retirement date.

Agee’s philosophy for CSBC has been to “put churches back at the top of the food chain” to win the mindset battle that CSBC is relevant, according to a speech he gave to the CSBC Executive Board upon his election.

In May 2017 he shared, “We’ve got to make sure everything we do helps resource the vision of the churches. They don’t exist for us. We should exist for them”

The former church planter, pastor and director of missions, believes the church is vitally important to the success of any church-related structure – association or denomination. In May 2017, he said, “It is all about the churches. The churches are the ‘pointy end’ of the spear in the battle. The state convention should be the supply line.”

To empower the vision of churches, Agee restructured CSBC program staff into four teams to serve churches in the areas of church planting, church revitalization, evangelism and missions.

He also introduced Count the Cost – a process to help new and churches needing revitalization to become effective in their local settings. The Church Revitalization Initiatives Team is devoted to helping churches through this process which includes personal coaching to help pastors achieve the goals they’ve set for their congregation.

Agee led in turning around the financial position of CSBC. When he became executive director the Convention and Jenness Park Christian Camp were running combined deficits of as much as $1.6 million annually. In 2017 the Convention had no reserves.

He was able to set up a plan to eradicate the debt and put both on solid financial footing when COVID-19 shut down the entire nation. At that point with no campers and no end in sight to the pandemic, which we still face today, he led the CSBC Executive Board to sell the camp in June 2020.

He continued to work on a balanced budget for CSBC which was achieved in 2020. Through COVID, CSBC built reserves and now has a $4 million safety net.

Victor Chayasirisobhon, CSBC president, in addressing the Board during its meeting, said, “I’m excited for Dr. Agee. He got the job done and leaves a solid foundation for the next executive director.”

Shawn Beaty, pastor of Clovis Hills Community Church in Clovis, and a Board member, agreed and said, “Dr. Agee leaves an outstanding platform for his successor.”

During the meeting, Board members also elected a search committee to begin the process of recommending the eighth chief executive officer for CSBC.

Elected to serve on the committee are Beaty, who also was elected chairperson; Chayasirisobhon; Bushawn Carpenter, pastor of Total Restoration Church in Barstow; Narri Cooper, layperson from New Seasons Church in Spring Valley; Becky Duron, a member of The Vine Church in Rancho Cucamonga; Kendrick Neal, lead pastor of Calvary Church in West Hills; and Charles Woods, pastor of Feather River Baptist Church in Olivehurst. Daniel Cassels, pastor of Life Way Fellowship of Santa Maria and chairman of the CSBC Executive Board, also serves as an ex officio member of the committee.