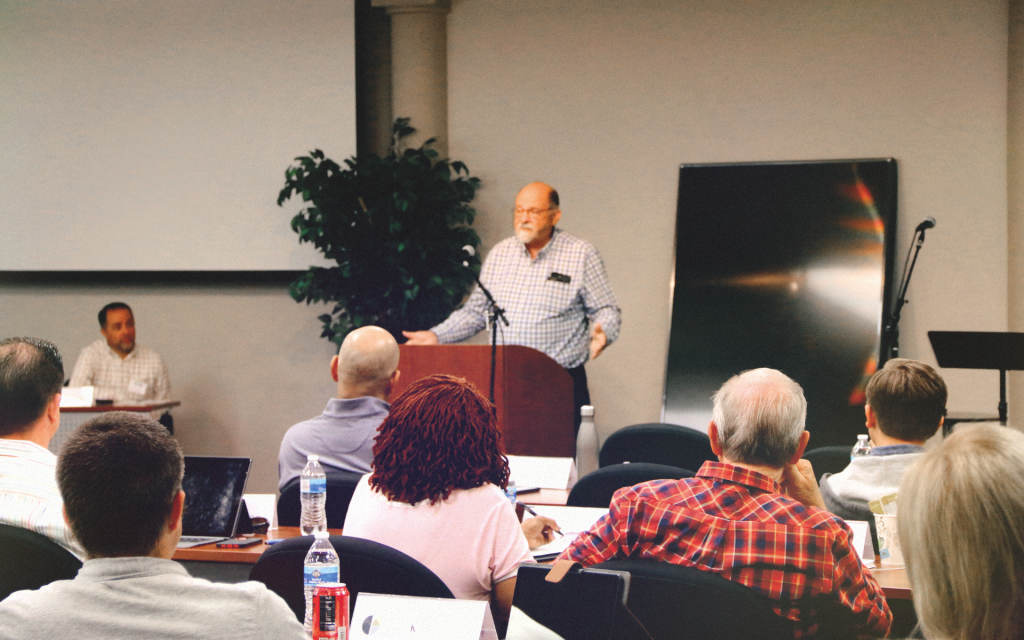 Ramirez was elected unanimously by 26 of the 28 Board members present during the regularly scheduled May 12-13 meeting in Fresno.

He becomes the ninth executive to lead the 82-year-old state Baptist Convention. His election culminated a four-month search to replace Bill Agee who began a transition to retirement in January. Ramirez assumes his new duties immediately.

Subsequently, Agee was elected to serve as CSBC Executive Advisor until Dec. 31 when he officially will retire. In His new role, Agee will provide advice to the executive director as requested. Agee also can advise on past practices and provide historical perspective for the decision-making process. The recommendation noted he may be asked to advise on internal affairs of the organization and denominational relationships since he has had a career across varied platforms of the Southern Baptist life.

In presenting Ramirez for election, Shawn Beaty, pastor of Clovis Hills Community Church in Clovis, and chairperson of the Board’s eight-member Executive Director Search Committee, said Ramirez was “one of four strong candidates” interviewed for the position.

Beaty said the one thing that set Ramirez above the other candidates was his “knowledge of the landscape of where we have been and where we are going as California Southern Baptists. He also is a relational bridge builder which we were looking for.”

Ramirez, a longtime California Southern Baptist, began his spiritual leadership as a CSBC summer missionary in 1990 and served as a youth worker and youth pastor in Southern California. He served as an associate pastor of evangelism and discipleship at Green Hills Baptist Church in La Habra. He also served as pastor of Iglesia Bautista El Buen Camino in La Habra and Iglesia Bautista White Road in San Jose.

Before becoming associate executive director in January 2020, Ramirez served as leader of the CSBC Evangelism and Missions Initiatives Team with supervision of all aspects of evangelism and missions including youth evangelism, Woman’s Missionary Union, migrant ministries and Disaster Relief. He served in that role from November 2017 until January 2020.

He served two terms on the CSBC Executive Board as vice president of CSBC for the annual meeting and as a member of the Focus 21 Task Force. Most recently, Ramirez served as an advisor to the Executive Director Search Committee in 2017 that recommended Agee as the CSBC executive director.

Ramirez has a bachelor’s degree from Biola University and a master of theological studies degree from Golden Gate Baptist Theological Seminary (now Gateway Seminary). He currently is working toward a doctor of ministry degree in executive leadership at Gateway.

Ramirez and his wife, Anabella, have two adult daughters and one grandson.

A new CSBC Policy Manual reflecting current employment law to remain compliant with the State of California was approved by the Board which also approved an “arbitration agreement” between the organization and its employees.

The Board approved reassigning designated gifts for the CSBC Mobile Dental Unit since the “clinic on wheels” was gifted to a Baptist church along the Texas/Mexico border. The unit was being used infrequently and sat for extended periods of time which required expensive maintenance for the vehicle. The Texas congregation had greater opportunities to utilize the unit on a consistent basis.

The next meeting of the Executive Board is slated September 14-16 in Fresno.