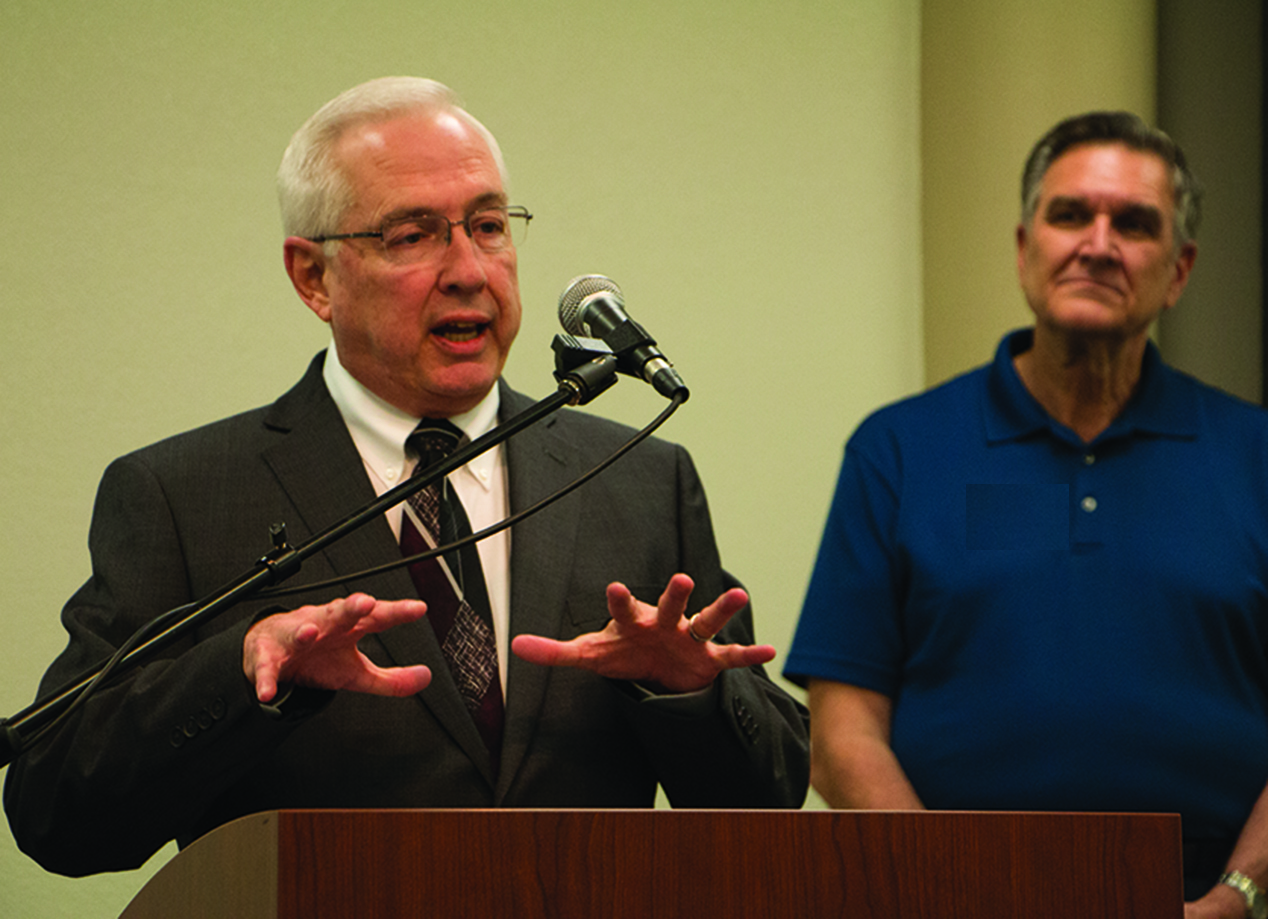 FRESNO — Bill Agee, minister of church planting and revitalization at First Baptist Church in Woodstock, GA, was elected May 11 as executive director of the California Southern Baptist Convention Executive Board.

Agee, 64, was elected unanimously by the members of the Board present during the regularly scheduled May 11-12 meeting in Fresno. He has served as a pastor, church planter, director of missions, at the North American Mission Board and as a senior staff member of a mega-church. He becomes the eighth executive to lead the 77-year-old state Baptist convention.

His election culminated a year-long search to replace Fermín A. Whittaker, who retired Feb. 28 after 22 years. Agee will begin his new duties June 1.

Montia Setzler, pastor of Magnolia Church in Riverside and chairman of the Executive Director Search Committee, said, “Dr. Agee brings a wealth of experience and understanding of ministry in the West. He has mentored dozens and influenced thousands of young church planters and has a heart for not only starting new churches, but revitalizing established churches.

“He has been part of helping and developing churches at multiple levels from being a pastor, a director of missions and working for NAMB. He brings to the table a blend of understanding where Southern Baptists have been and discovering where we need to go, which is a rare find.”

In presenting Agee to the Board in open session, Setzler explained the search committee’s job was not to “reorganize the Convention or fix any issues CSBC might have. Our assignment was to find a leader who would lead.”

Noting the committee identified several qualities for the candidate such as a catalytic leader, a consensus leader, a visionary leader and a theological centrist who could communicate with a wide variety of Baptists, Setzler said they also looked for a positive denominationalist who understands Baptist polity, an effective communicator, a man of integrity, a builder, someone who is transparent, and a man who has a strong family commitment.

“We were looking for someone who didn’t have a preconceived idea of what California Baptists need,” Setzler added, “but someone who would give a thorough and honest evaluation of where we are. We wanted someone without an agenda.

“Bill met the majority of what we were looking for when we winnowed down the candidates.”

Setzler addressed Agee’s age, saying it is a matter of the “heart and mind. You can find great leaders in their 40s and 50s to be with us for 20 years, but there is no guarantee. If he is the right person, then God has already mapped out the time.”

“When we got to the top tier of candidates, we recognized that we’d (the Convention) be fine with any one of them. However, we wanted to know whom God wanted, and our committee spent a lot of time in prayer. Our committee sought God’s face.”

Setzler admitted he didn’t set a bar to have a “unanimous vote” for the candidate, but did want “consensus.”

“As God moved us closer together, the committee said unanimously that Bill Agee was the man to lead us.

“You can’t get that many Baptists to be unanimous about where to go eat!” Setzler quipped.

In presenting Agee, Setzler said, “We did what God led us to do. We wanted a man who could chart the course for California Southern Baptists. We come today believing we have found the man who can come and lead us on that journey. It is a worthwhile journey,” he added.

The Board also approved an Executive Board bylaw amendment allowing the CSBC president to be a member of the executive committee. For many years the president has participated as a full member of the committee, so the amendment brings the bylaws into line with at least two decades of practice.

Another Executive Board bylaw amendment was introduced eliminating a duty for the board operations committee dealing with a subcommittee to oversee Jenness Park Christian Camp. The subcommittee was eliminated a year ago, but the bylaws had not been amended to reflect the change.

Johnny Mendez and Eddie Pate were elected to fill interim vacancies on CSBC boards created by resignations. Mendez, pastor of Crosspoint Church in Fresno, will fill an unexpired term on the board of directors for California Baptist Foundation, while Pate, pastor of First Baptist Church in Barstow, was elected to fill an unexpired term on the CSBC Executive Board.

The 2017-18 CSBC Church Planning Calendar also was approved during the meeting.

The next meeting of the Board is scheduled Sept. 7-8 in Fresno.