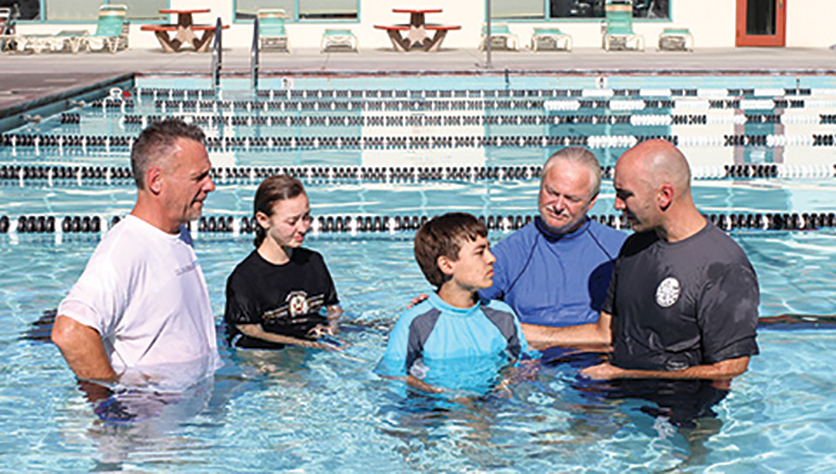 FRESNO — May 31 — “Pentecost Sunday” — has been designated as Baptism Sunday for California Southern Baptist Convention.

The special day goes along with Agee’s Step Up Challenge issued to messengers at the CSBC annual meeting in El Cajon in October. He called on churches in the Convention to “step up” by 20 percent in 2020 in four critical areas: baptism, evangelism, mission going and mission giving.

Hand in hand with that is the Baptism Sunday emphasis.

“Since CSBC led the Southern Baptist Convention in the increase in baptisms in 2018, we felt that this would be a good time to encourage our churches to increase their number of baptisms in 2020,” Agee explained.

Several church leaders already have told him they plan to baptize someone every month, Agee reported.

“I believe that is possible if churches in the Convention will pray and step up their evangelistic efforts. There are about 35 million people in California who don’t know Jesus, and it’s time for us to step out of our comfort zone and reach them.”