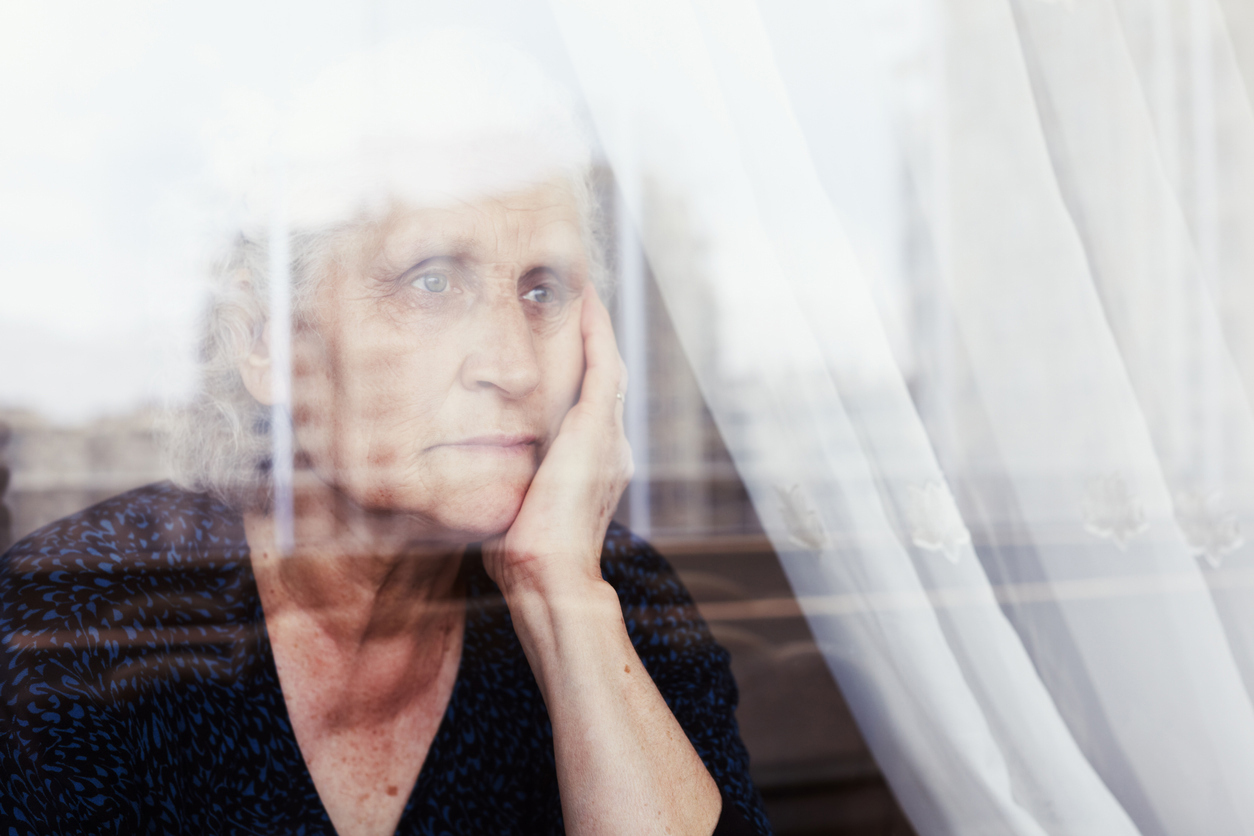 “Other than attending [church], I don’t have a lot of contact with others,” he said.

But like many others, Knox’s church (West End Baptist Church in Columbia, Tenn.) has suspended its meetings to comply with government recommendations on social-distancing during the COVID-19 pandemic. West End’s worship services have temporarily moved to an online streaming format.

For Knox and some other senior adults, though, that’s not a solution.

Without a cell phone or computer or access to the internet, Knox said he’ll watch preachers on TV or listen to sermons on the radio — but it is not the same as attending services at his own church, either virtually or in person.

Similarly, 89-year-old Ruth Brinkley, a member of First Baptist Church in Oglesby, Texas, has been left without connection to her church’s services. While Knox, a retired farmer, said he’s used to being alone a majority of the time, Brinkley said the sudden loss of social interaction has been difficult.

“My experience has been one of almost feeling alone,” Brinkley said. “But I just take one day at a time and just make the best of it.”

As thousands of Southern Baptist churches and their members adapt to participating in church online, it’s likely Knox’s and Brinkley’s predicament is shared by other elderly members.

“Most senior adults don’t have smart phones,” said James Sanders, Brinkley’s pastor at First Baptist Oglesby. “They still use either a home phone or just a simple phone or don’t have the capability or the knowhow to get online via computer to even watch [the livestream].”

Sanders knows that without weekly church services and the personal connection those provide, senior adults could feel a sense of isolation and loneliness like Brinkley expressed. He said keeping in touch with older members is a priority, and that he has encouraged other church members to reach out to the older members.

Because of the higher risk of severe implications for older people who contract the coronavirus, personal interaction is not advisable. Instead, Sanders suggested, members should call them. And Sanders said he has also encouraged his congregation to call at the church’s service time and play the livestream over the phone.

“If we know that somebody has that elevated risk, call them and allow them to listen to it via phone,” Sanders said. “You can play it or have it streaming and can set a phone close to wherever you’re playing it from and allow them to hear it during the service.”

In addition to streaming services, options for churches could include conference calls accessible to members who either don’t have internet access or aren’t tech-savvy.

Knox’s wife died of Alzheimer’s in 2003. But Knox said he is in reasonably good health and is able to live alone and support himself.

“I’ve been pretty much a loner for a long time,” he said.

He said he’s never seen the need for a cell phone or computer.

“I’ve gotten by all these years,” Knox said. “You get set in your ways when you get my age.”

For now, that means watching or listening to other churches’ services on TV or radio, respectively. Brinkley’s options are likely the same.

“It’s not like meeting with a group of people, but it’s the next best thing,” Brinkley said.

Brinkley has had issues with her back and was already limited in her ability to get around. But attending church has long been a priority.

“I miss being with my friends,” Brinkley said. “I love our Sunday school class, and I miss that too.”

Sanders said he views this time as an opportunity to mobilize the church in a new way. He said increased communication among church members — and to those who are in need — is critical. But he also noted that if members are intentional and consistent about reaching out to senior adults, some might experience more contact, even if by phone, than was routine before the pandemic.

Brinkley said she appreciates how consistently Sanders and others from Oglesby First have been in contact with her.