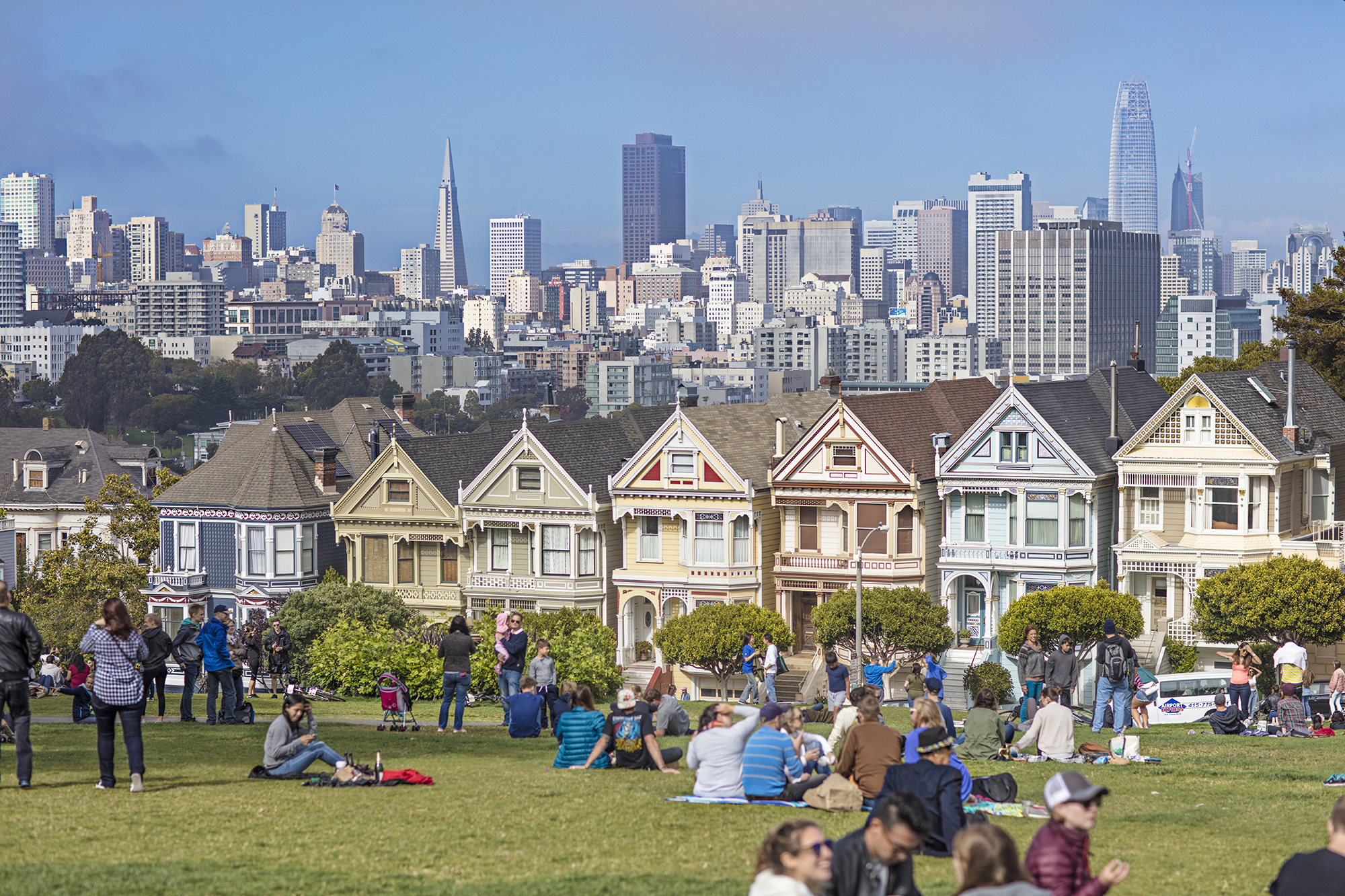 For the dozens of people — a number of them new believers — gathered weekly for church in four locations throughout the San Francisco Bay Area, these are five words impressed upon them from the beginning.

Why? Because it’s a house church network, and that’s how these movements grow.

Also, because it’s often Brett or Patti Butler speaking, and they can’t help their “y’all” — they moved to Hayward from Kentucky, where Patti had lived her entire life.

“When someone says yes to the Lord,” Brett said, “we take them to John chapter 4, and we ask, ‘How long did the woman at the well know Jesus before she started telling other people what He did for her?’

“From the beginning, we’re intentionally training people to reach other people, to obey starting this very day.”

When the Butlers moved to the Bay Area three years ago, their intention was to be “regular” church planters: reach out, reach people, start small and grow as the Lord led.

But then they went to a church planter training event, organized by North American Mission Board strategist Linda Bergquist and led by an International Mission Board missionary who was in the US. And they found themselves in a drastic paradigm shift.

“Here was this missionary to Asia, talking about a million baptisms and hundreds of thousands of churches starting all within 10 years, at almost no cost, and Patti and I are thinking, ‘Wow! Now that is a church planting movement!’

“So we began getting trained by these IMB folks, and the Lord began bringing fruit … but all over the city— not in one location.”

Paying attention to where God was blessing them and putting their newly-learned church planting principles into practice, the Butlers launched Sanctuary Bay — a network of house churches throughout the Bay Area. They now have four locations, mostly in homes, and are starting to see, as Brett puts it, “little buds of multiplication.”

“This simple church model is the norm all over the world, but not here in the States,” Brett noted. “But it’s beautiful, and the Lord is using it.”

The Butlers are quick to insist that, contrary to the popular perception of some house church leaders, they are far from “anti-Big Church.”

“Small church is better?” Brett asked incredulously. “No no. Sometimes people hear these stories and think we must not like big churches. Not at all! We came from a big church. We partner with big churches.

“God is good and He works in a beautiful variety of ways. He’s brought me to where I am, and He orchestrates all the elements of all our lives to save His lost sheep.”

In fact, the Butlers provided simple church training to more than 300 people last year, at the request of churches and usually at their facilities.

Church planting — especially of the house church variety — was not on Brett’s horizon most of his life. As the son of a four-star general (and therefore often on the move) and a graduate of Harvard Business School, with four years in the Air Force and more years climbing the corporate ladder on the fast track to the corner office, the Kingdom of God was far from his mind. But as his first marriage fell apart, Brett said, “the Lord was pleased to use that low point to draw me to Himself.”

In 2002, he and Patti, who had worked together, were married, bringing four children into their blended family.

The next summer, “I was

about to turn 40 when I first thought I heard God calling me to be a missionary, while reading about Isaiah and Jonah,” Brett recalled. “I honestly thought that was just about the dumbest idea I’d ever heard!” he laughed.

And it didn’t happen overnight. Twelve years passed between that first call and the actual relocation to the Bay Area.

“We needed to get our four children through high school. And there were some significant issues the Lord needed to address in me. I had no idea how much idolatry was in my life. Especially if you’re on the executive track in the business world, everything is wrapped up in pay, title, position, bonuses, all that. It took the Lord some time to reveal to me how caught up I was, but He got me out of that executive bubble.

“Second, in church I began to develop genuine and Christ-centered friendships with people of a different socioeconomic status, and I started to see the invisible barriers between me and them. I started to see my world through their eyes, and I needed that, too.”

Brett is quick to point out that a move to the Bay Area was far more of a stretch for Patti, a lifelong Kentucky Southern Baptist.

“An African pastor once said to me, ‘You Americans need to pray so hard it makes God sweat!’ Of course that’s hyperbole, but the gist is right: we need to dream big. So our dream is to start a new church in every one of those 500 zip codes, each church with 10 baptized believers. That’s 5,000 Christians, in five years.”

Erika is a good start: a single Hispanic mother, rejected by the church, became a believer, yet without a church home. She attended one of the Butlers’ training events, invited through a friend, and Brett approached her afterward with a bold question: “Want to put your money where your mouth is? How about hosting a church gathering at your home?”

She said yes, and on Friday evenings, because that was when she was tempted to “go out to party and make bad choices.”

She wanted church instead.

The ripples continued: Erika’s friend, Patrick, with no church background at all, casually began attending her Friday night gathering, and was eventually baptized.

“Last December was Patrick’s first Christmas as a Christian, and he was so excited, so full of so many questions; had no idea the baby in the manger was Jesus, didn’t even know what a manger was; and was flabbergasted that his Savior left the perfection of Heaven and came to Earth in such a way for him,” Brett said.

Sanctuary Bay is one of two house church networks in the Bay Area, Bergquist noted.

“Churches usually gather people based on similarity — same language or background or ethnicity, or according to geography, such as a neighborhood or district, or according to relationship,” she explained. “A house church model builds on relationship, and Brett and Patti build those beautifully.”

After all, as Brett would say about believers: “All y’all are church planters.”