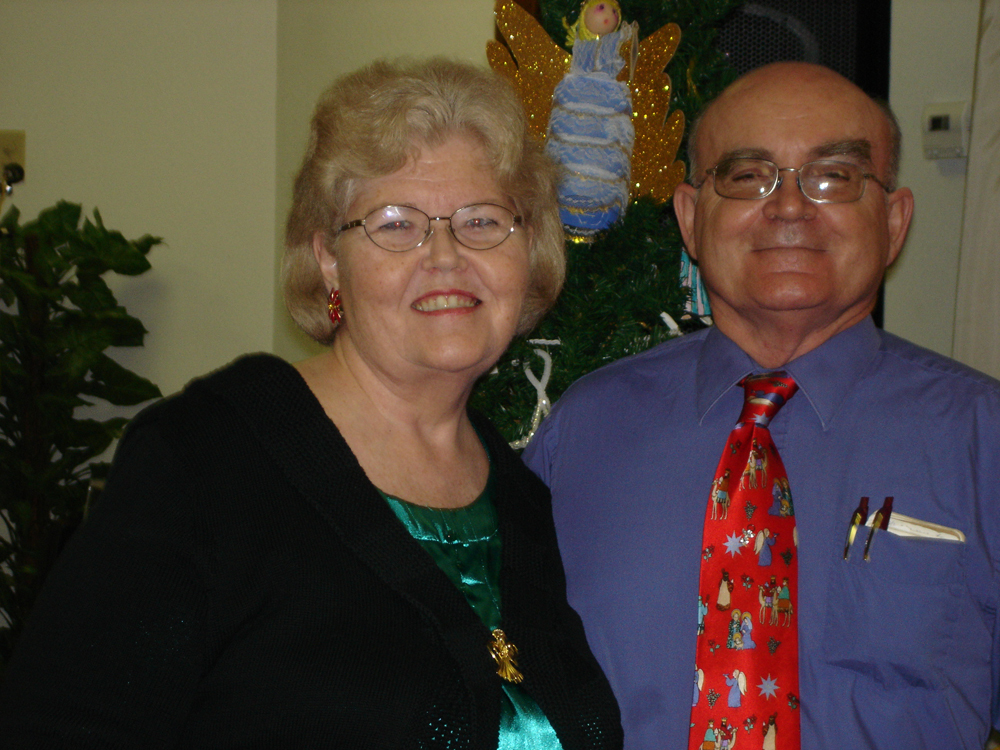 KERMAN — For their 25th wedding anniversary 20 years ago, John Stafford wanted to do something special for his wife Pat, so he put together a quilt made up of images from photos of their years together.

But apparently that wasn’t special enough, because he also gave her a kidney. (The story was featured in the May 2, 1996 issue of the California Southern Baptist.)

“I know what it’s like to be an old, old person, just worn out,” Pat said. “Our adopted daughter Anna had to help with the cooking and other household chores. The last month I couldn’t even pick up a carton of orange juice.”

Pat was 13 when she learned she had inherited polycystic kidney disease, an incurable illness that meant by age 40 her kidneys would become less and less able to do their job: cleanse her blood.

The CSB caught up with the Staffords in early March at their home in Kerman, a Fresno “bedroom community” where he is pastor of First Southern Baptist Church.

Though the average life expectancy of a kidney transplant is 10-12 years before there are major problems including rejection, Pat and John have lived 20 years without any kidney-related problems.

“The Lord really made us for each other,” John said. “I really believe that. The doctor said she would have problems the first year, and with the Lord’s help she had none. … We heard many stories of people running up (to the hospital in San Francisco) in the middle of the night, losing the kidney, and on their second or third one, and we didn’t have one single problem. We’re praising God all the time.”

Pat recalls feeling a vibration when she was in the hospital after the transplant. She thought it was coming from outside, then inside the hospital, then in her bed, but she finally realized it was in her body.

“It was like a buzz in me,” Pat recalled. “I was coming back to life! You don’t know what you have until you lose it. … Sometimes I will forget I have a transplant and God will remind me, ‘Look what you have.’”

Though not the only person to have lived so long after a kidney transplant — there are stories of people who are doing fine after transplants in the 1970’s — hers is an example of the power of God, John and Pat say. The doctors are still amazed even today that Pat has had no problems with the transplant, the couple noted.

“The Lord really answered a simple prayer: ‘Lord, let it be me,’” John said, referring to Jeremiah 33:3 and his desire to be Pat’s transplant donor.

They learned on Valentine’s Day 1996 that they were a perfect match. Living together so many years, eating the same food and having compatible blood types had helped.

“The only problem we had was that (the hospital) didn’t have an opening (for the surgery) for several months,” John recalled. “The Lord worked that out too.”

He had a coworker, who was to be a transplant donor for her mother on Feb.29, but the mother became ill and doctors postponed the surgery. Hearing this, John called home and told Pat to request her surgery for Feb. 29.

With a chuckle Pat said the reason for her continuing transplant success is that technically her husband’s kidney has only been part of her for five years, since Feb. 29 only happens once every four years.

Likewise, John had no ill effects from giving away one of his kidneys. The remaining one grew to accommodate the loss of the other, he said.

“I’ve asked the Lord a lot, ‘Why did you choose us to do this?’ and all I know is, He does things because He can do things,” John said. “I was having breakfast in early February and I was blessing the food and thanked the Lord again for the transplant, and my friend said, ‘How often have you thanked Him for that?’ and I said, ‘Not enough. A billion times to thank Him is not enough.”

“I often tell people about it,” John continued. “I bring it up occasionally at our Fifth Sunday Sing. I try to encourage people with it.

“I try to point out to people that … even if your life seems dull, there still are things that happen, ways that He is blessing you,” John said. “He speaks to you through His creation, His Word, through other people, so people can rejoice. I often wonder if we rejoice enough in the Lord.”

The quilt John made for Pat for their 25th wedding anniversary hangs on their bedroom wall. Next to it is the Purple Heart she gave him for his gift of a kidney.