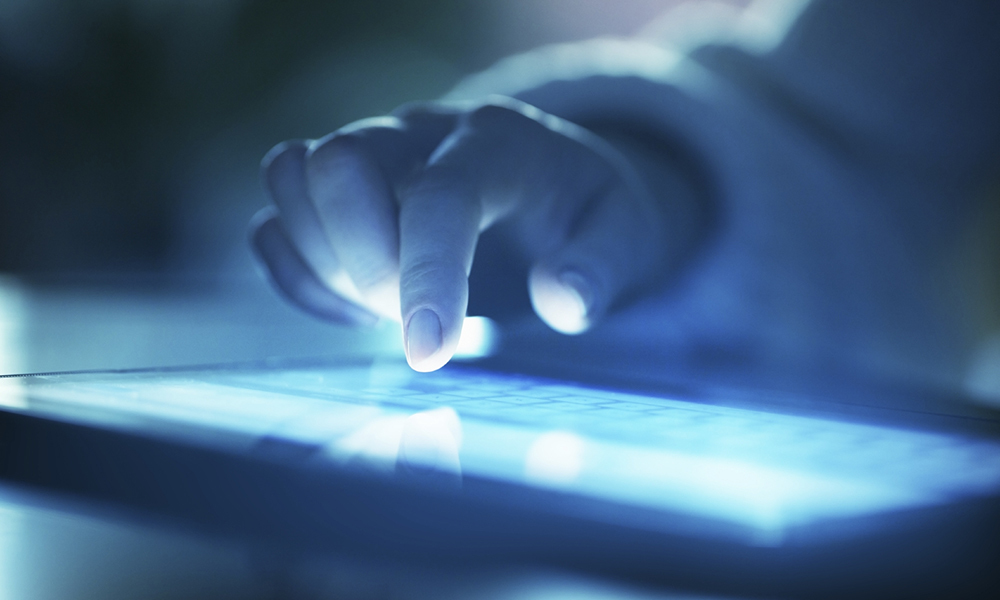 The state convention is launching two new technologies to enhance the ability of individuals and churches to be informed, and equipped for healthy church growth.

“The digital version will be the same as the print, but with some nuances,” explained Terry

Barone, CSB editor. “For instance, in articles or in advertising, references to email or Internet addresses will be converted to hyperlinks, meaning the reader can link from the ‘page’ to that website. This will include links directly to event pages on the CSBC site, where readers can then register online.

“Second, we can associate video and audio files with articles, and possibly also with ads, by having advertisers who pay a premium for a link to their video.

“Third, we will probably be able to attach related documents – a ‘white paper,’ say, or a policy sample – and you’ll be able to read the e-dition on your computer and other electronic devices.”

Barone said the e-dition is a natural development in an increasingly digitized world. Holly Smith, managing editor of the CSB who has conferred with other state Baptist conventions that have already adopted a digital version, agreed.

“It’s really just the way things are going right now,” he said. “What I’ve heard from the staff at other papers is that it’s difficult at first, and there are bugs to be worked out, just like you have with any new technology, but once the paper is underway for awhile, it’s all positive comments. Nobody’s said, ‘I wish we hadn’t started this.'”

Barone noted one of the goals of launching an e-dition is to increase readership among a younger, more tech-savvy audience, those who “have grown up in a digital world and are familiar and even more comfortable with it.”

Another goal is to make the paper more accessible to more people, primarily by offering, on a sliding scale, a flat monthly rate to churches that want to buy a church subscription, in which every family in the church receives a copy.

The print edition will continue, however. It pays for itself, through subscriptions and advertisers, and, as Barone pointed out, “People have not given up yet on reading a hard copy.”

Healthy Church App
The second new technology on the menu is already available: the Healthy Church App, available at the App Store (for Apple devices) and Google Play (for Android-platform devices). The free app is designed primarily as a resource and idea pool for pastors and other church leaders, explained Daryl Watts, student and family specialist for the CSBC healthy church group.

“The central focus is on healthy church solutions, files that answer particular questions,” Watts said. “The idea is that a pastor is at his desk thinking about the need to revitalize some area of his church – say, evangelism – and he can open this app on his smartphone, or his iPad or tablet, and listen to a 10-minute audio file on how to prayer -walk your community, or a five-minute audio file on how to do attractional events like block parties.

“The aim is for bite-sized tools, so you don’t have to wade through a 200-page book, or even read a book at all – you can listen in the car, or while shaving!” Watts said
There will also be links to training and other events offered by the state convention, including some testimonials from featured speakers or past participants. The app will also have PDF attachments.

“For instance, bedbugs are becoming an issue now in church nurseries,” Watts said. “So we may have an attachment that’s a quick reference tool on how to deal with that issue, and some links to government or consumer affairs websites.”

App content will be updated often, at least weekly. Right now all the content is provided by the healthy church group, but Watts said it will eventually expand to include content from all CSBC departments.

Some of the content is geared toward student ministry; some will eventually include outside resources, such as material offered by conference speakers.

The app can be found by doing a keyword search for “Healthy Church” or “California Southern Baptist Convention.” It is available at the App Store, Google Play and the CSBC website.

CSBC and the Southern Baptists of Texas Convention are the only two offering this technology at the moment, Watts noted.

And, of course, he added, “If pastors can’t find what they need on the app, they can always call directly. We are always here as a resource.”

Which, hopefully, is the point of all such “new-fangled” technology: a resource and catalyst for further growth of the Kingdom.