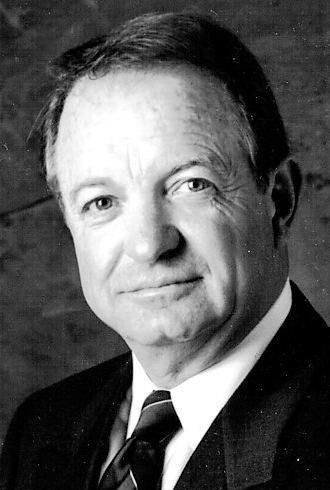 “When we get to heaven, we will be surprised who the really important people really were,” Jeff Iorg, president of the Southern Baptist seminary, wrote at Gateway’s website April 23. “Conley Smith will make that list.”

[Smith] was on the task force that completed the study, raised the money and made the recommendation to start the campus,” Iorg wrote. “Truth be told, he was the person who gave most of the money to launch the campus. Without him, there’s no campus.

“And that wasn’t enough. Two years ago, he made another significant matching gift, which has been matched, to strengthen our efforts at training leaders for and from the Rocky Mountain region,” Iorg recounted.

In addition to Gateway’s main campus in Ontario, Calif., and in the metro Denver area where 60-plus full- and part-time students are enrolled, the seminary also has campuses in San Francisco, Phoenix and the metro Portland area.

The Colorado Baptist General Convention hosts the Rocky Mountain Campus at its Denver-area offices in Centennial. The campus website notes, “This enables students to interact with state denominational leaders as well as with leaders within the Southern Baptist Convention at large,” reflecting “a long-term commitment to the stability and success of each student.”

Smith, who had taught Sunday School and sung in the choir, was an active member of Bear Valley Church in Lakewood, Colo.

A native of Louisiana, Smith graduated from Louisiana Tech University with a degree in petroleum engineering, followed by a master’s degree in the same field from the University of Oklahoma. He worked for oil companies early in his career but became an independent oil producer in 1969, winning the Wildcatter of the Year award from the Western Energy Alliance in 1988 and honored as the Denver Petroleum Club’s “Man of The Year” in 1989.

Iorg noted that Smith invested in people and projects that would make long-term impact. He believed schools were essential to training leaders and invested in them — with his time and money. At the University of Oklahoma, he served on the board of visitors for both the College of Engineering and the College of Earth and Energy.

“He knew organizations — including churches — rise and fall on leadership. Conley invested where leaders are shaped for future effectiveness — and that included Gateway Seminary.”

Iorg recalled a trip to Israel a few years ago when Smith used the historic nature of the sites they visited to remind Iorg about the importance of generational impact.

“He challenged me to balance tomorrow’s insistent demands with the future’s unrealized opportunities. I am a better man and a better leader for having known Conley Smith,” Iorg wrote.

Gateway Seminary honored Smith and his wife Carolyn with the Lifetime Achievement Award in 2001 and the Harold K. Graves Distinguished Service Award in 2006 for their long-term service to the seminary.

In addition to his wife, Smith is survived by four children and six grandchildren.

Smith’s funeral will be held at 11 a.m. Monday, May 7, at Bear Valley Church. In lieu of flowers, memorials are suggested to Gateway Seminary Rocky Mountain Campus at 7393 South Alton Way, Centennial, CO 80112 or https://give.evertrue.com/gateway/donate-now-rocky-mountain-campus.