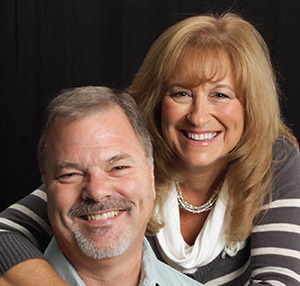 MONTEREY PARK — For a long-range perspective on campus ministry, look no further than Neil Walker.

He’s practically a fixture at the University of Southern California
— his “home base” for 28 years of student ministry — but his influence
in that small collegial world extends to the reaches of the country.

Walker puts it a little differently, with the sage overtones of a
veteran: “Most of the time what we want is a plastic surgeon … but
spiritual growth is more like physical therapy. We want a quick fix on
the surface, but growth usually happens slowly with a lot of work.”

And he’s insistent that that work take place “up close and personal.”

“You don’t develop people from 30 feet away, you do it up close,” Walker explained.

“If you’re going to see college students’ lives changed, you have
to spend time with them. It’s very time-intensive, reshaping, building.
They need motivation and help and such, but they really need someone to
walk alongside them and encourage them.”

One of Walker’s favorite topics — more than the changes in student
ministry, more than issues of biblical literacy or political correctness
or funding — is the long-term change in trajectory for students who
grow in their faith.

He tells of a student who came to USC from Texas, with not much
more than a sentimental attachment to God. She threw herself intensely
into her studies, and found herself a long way from God, and in crisis.
One of Walker’s students reached out repeatedly to her and eventually
developed a friendship. The student came back around to her faith, got
involved with Christian Challenge (as many student ministries are
called), and became so close to Walker and his wife Melinda that she was
“like an older sister to our kids, like a daughter to us.”

The young woman joined Walker’s staff after graduating, led a
mission team to China, went back to China as a missionary for two years,
came back to the States and got married, and now serves full-time in
China.

Another student, a New Yorker with a Catholic background, arrived
at USC with the primary goal of having fun and playing in the band. As
they talked over lunch one day, the young man decided to follow Christ.

“While we’re talking, his girlfriend from New Jersey walks by —
actually, they’d just broken up — and she sits down and half an hour
later makes a decision for Jesus,” Walker said.

The couple became active in student ministry, graduated, got
married and now are in Orange County, serving as small group leaders at
Saddleback Church in Lake Forest.

“His entire family is just very different. Their kids get to
experience an entirely different father than they would have,” Walker
said.

The need in student ministry is immense. There are more than 100
four-year colleges in California; one out of every seven college
students in the United States is in California; and USC boasts more than
10,000 international students — nearly a fourth of its population.

The ministry, by many accounts, gets harder as the decades proceed.
For better or worse, colleges are increasingly protective of their
students: they limit access to not just dorms but public campus spaces
as well; they closely scrutinize student organizations; and many of
their administrations (excluding USC) are, in Walker’s words, at least
mildly antagonistic toward Christian groups.

It’s not just the college setting, either. Students enter college
now with far less biblical literacy — no real understanding of the
Bible, even among those who have grown up in church.

“It’s viewed by many students as a sentimental book,” Walker said.
“It’s ‘nice,’ but not practical or alive, or really makes a difference.
There’s a strong sense with students of relativism, a, ‘That’s nice for
you, I’m glad that works for you.’”

He said many college students have been so focused on getting into
college — “they’ve checked every box, done every activity” — they are
poor at relational connections.

“They’re more jaded,” Walker added. “They’ve grown up where they
could access anything in the world on Google, but … they’ve been
inoculated a bit.

“And as campus ministers, we have to step back and meet students
where they are instead of where we wish they were. We have to hold on to
Truth and still help students respond to situations with love and grace
and kindness.”

Students, he added, are still “very hungry. They really want to learn and discover who God is and what life is about.”

Walker said firmly, “It is harder. But gosh, why go do what anybody
else could do? Do the things that others cannot or will not do.

“There’s such a need, but need doesn’t equivocate to call. If
you’re gifted to do it, then go for it. Go for the hard, the unknown —
sometimes it is really the best.”

College was where God began to shape and change Walker’s life, he said.

“It seems like that’s the time of life when so many folks are
making irreversible decisions — who to spend life with, what to give
their life to. It’s so pivotal, such a turning point. To be able to
reach them when they are at this point … and to see them walk with God
and change — nothing’s better than that.”

Watts, who has worked with Walker for almost a dozen years, said he
“knows how to build networks, how to raise money, and has a laser-like
focus on developing students. He’s one of those guys who’s sold into
student ministry.”

It’s working. Just ask the thousands of USC students who have been
directly touched by Walker’s ministry. Or those across California who
have been touched by his training efforts. Or the dozens of campus
ministers serving all across the country who’ve been mentored by this
veteran of student work.

For a long-range perspective on campus ministry, look no further than Neil Walker.