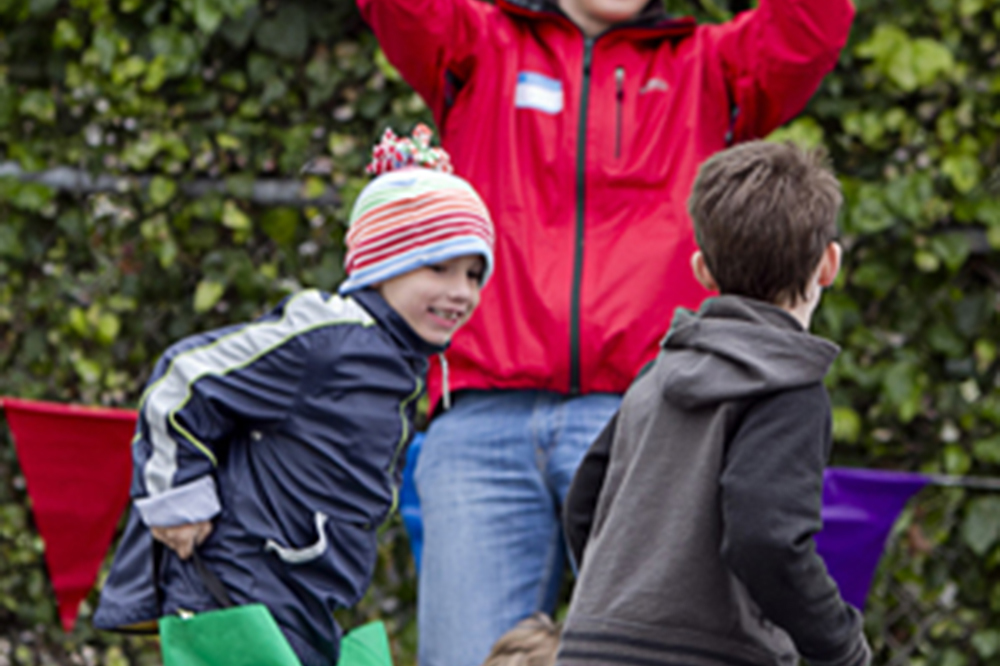 SAN FRANCISCO – The marathon challenge of planting a church in the city of San Francisco is the stuff of church planter legend. You’d be crazy to take another stab at it, lots of people told Ben and Shauna Pilgreen.

“Sure, there were lots of fears embarking on this,” the Louisiana native, Ben, acknowledged. “But our greatest fear – the one that overrode all the other concerns, especially about raising our three boys in the San Francisco public school system – was that maybe this was the call of God upon our life, and we might miss it. Our greatest fear was that we’d get to the end of our lives and regret that we never went for it.

“And really, we’ve been just blown away so far.”

Considering the uphill struggle so many new churches face in the fabled City by the Bay, “mind-blowing” might be a good description. Epic Church, as it’s called, began two years ago when the Pilgreens plus three other couples relocated from Missouri, Alabama, Louisiana and Florida to the south of Market (SoMa) area of San Francisco.

Why a team? Pilgreen explained: “More important to me than the geographical call was doing life and ministry and this church start with people we knew and loved and could trust, and who were also gifted with a calling. It was amazing that when we visited these friends, people we’d known for five, eight or 14 years, and shared our hope and vision, they all said yes.”

The families moved to San Francisco, and on Oct. 10, 2010, held their first preview service at the W Hotel in the heart of SoMa. Epic was one of more than 40 new churches that were either started or held a significant event as part of California Southern Baptist Convention’s 10-10-10 initiative.

The SoMa area of San Francisco is in a fast-revitalizing district of the city, awash in artists, techies and corporate executives (think Apple, Facebook and the “next big thing” you haven’t heard about yet). They live and work in a zoning mash-up of businesses and residences, much of it new and on the same block.

While he expected the young professional demographic, Pilgreen said he’s been happily surprised at the ethnic and age diversity the church has attracted.

“We have people in our church from 30 different countries!” he said, sounding like he still finds it hard to believe himself. “And it’s more multi-generational than I thought it would be, too – we have all ages from babies to 70-year-olds.”

The culture shock of moving from student and pastoral ministry in Louisiana, Alabama and Missouri to church planting in downtown San Francisco?

“We love the city,” he said, without guile. “It’s a very neat place, with a lot of community, and a lot of brokenness at the same time. We have people in our church with just all kinds of worldviews and beliefs, and it really keeps us praying a lot and on our toes – and those are good things.”

Additionally, as their sons are in public elementary school, “We’ve found we have a great chance to really disciple our boys with things they might not have faced until a lot later in life,” Pilgreen said. “There’s a lot to evaluate and debrief with them, and honestly I think it’s great for them to really learn what we believe, and why, at their young ages.”

Epic’s church planting team is financially supported from several quarters: 19 churches from around the country, including two in the greater Bay Area; monthly assistance from CSBC, partly courtesy of the California Mission Offering. Also, Executive Pastor Tim Milner is a Nehemiah church planter supported both by the state convention and the North American Mission Board.

“It’s been great having support from all around the country, not just financially but all the prayer support, and especially the chance for me to be mentored by some really great pastors from across the nation,” Pilgreen said. “And having the guidance of Linda Bergquist was really invaluable – she helped us understand the Bay Area, see the SoMa community, and imagine what a church here could become.”

The two Bay Area churches that have provided financial support – South Bay Church in San Jose, itself only about two years older than Epic; and Crossroads Church in Fremont – have also pitched in in other ways.

“South Bay being just ahead of us on the time frame, they’ve been a huge example for us, sharing coaching and their experience,” Pilgreen said. “Both churches, when we were first starting and having preview and early services, sent people to help with greeting, nursery, worship band members. They were just really generous.”

There is in fact quite a chain at work: what CSBC new church starting strategist Berquist calls “intentional multi-generational church planting.” BayMarin Church in San Rafael started Crossroads Church in Fremont; Crossroads planted South Bay Church in San Jose; and now both South Bay and Crossroads are pouring into Epic.

“And all of this because people in churches give – through the Cooperative Program, through the California Mission Offering,” Pilgreen said. “People give, and one generation after another of churches are planted, and the Kingdom grows.”

Epic Church is spreading the blessing, too. They have had a partnership with Bessie Carmichael Elementary & Middle School, in the SoMa district, since the church began. The congregation also partners with A Woman’s Place, the only gender-specific emergency and transitional shelter of its type in San Francisco. And in the second half of June, a team of 14 from Epic traveled to Uganda to minister to the 38 children the church has sponsored through Compassion International, as well as providing start-up and training for a sustainable micro-financing project for nearly two dozen caregivers.

“Ben and his team are ministering in an area of the city that’s full of people who want to change the world,” elaborated Bergquist, who has helped them develop strategy for reaching the SoMa area, “and Epic Church provides opportunities to do that starting right where they are.”

“The most positive thing, I think, is the church is not just surviving but also thriving,” Pilgreen added. “And that God provided a building for us only six months after we started looking for one, when we thought a building was years out, was also great. Now we’ve gone to three services. It’s really been mind-blowing.”

One great challenge, as Epic is now facing, is the “incredibly” transient nature of the San Francisco population.

“This is an increasing city phenomenon that’s always been true of San Francisco,” Bergquist noted. “The city renews itself annually. People move out. The faith factor is: God will replace them. The city is a sending base into the rest of the world, where people come in, get transformed by the power of Christ and go out as missionaries. Leaders have to say, ‘God, bring us more people to grow.'”

It’s no doubt a prayer of faith God likes to honor: “God, bring us more people to grow.”