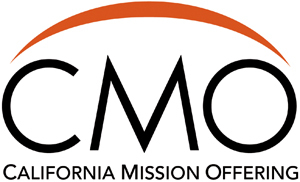 FRESNO – For the second consecutive year gifts to the California Mission Offering have exceeded the goal.

For several months in 2012 gifts to California missions had been outpacing previous years, noted Steve Pearson, California Southern Baptist Convention chief financial officer; but on Nov. 26, gifts totaled $400,343, or 100.1 percent, of the $400,000 goal.

By mid-December, an additional $18,000 had been received, Pearson noted. “It is not unusual to receive as much as $30,000 in December” for the offering, which supports church starting, evangelism, association mission projects, Disaster Relief, migrant missions and much more.

Fermin A. Whittaker, CSBC executive director, said, “I’m elated at the great news concerning the California Mission Offering. It seems our churches are saying they believe in California missions and what we are doing to reach our state for Christ through a variety of ministries, primarily starting new churches and evangelism.”

Earlier in 2012 Whittaker issued a challenge of 1,000 CSBC churches to give at least $1,000 to CMO to raise as much as $1 million for California missions. Churches were asked to register their participation on the CMO Website, and through November, 323 CSBC churches had given to the offering with 117 of those giving at least $1,000.

“Our challenge is to enlist and help more churches see and understand the benefits of the offering in helping reach the 33 million unchurched Californians for Christ,” Whittaker said.