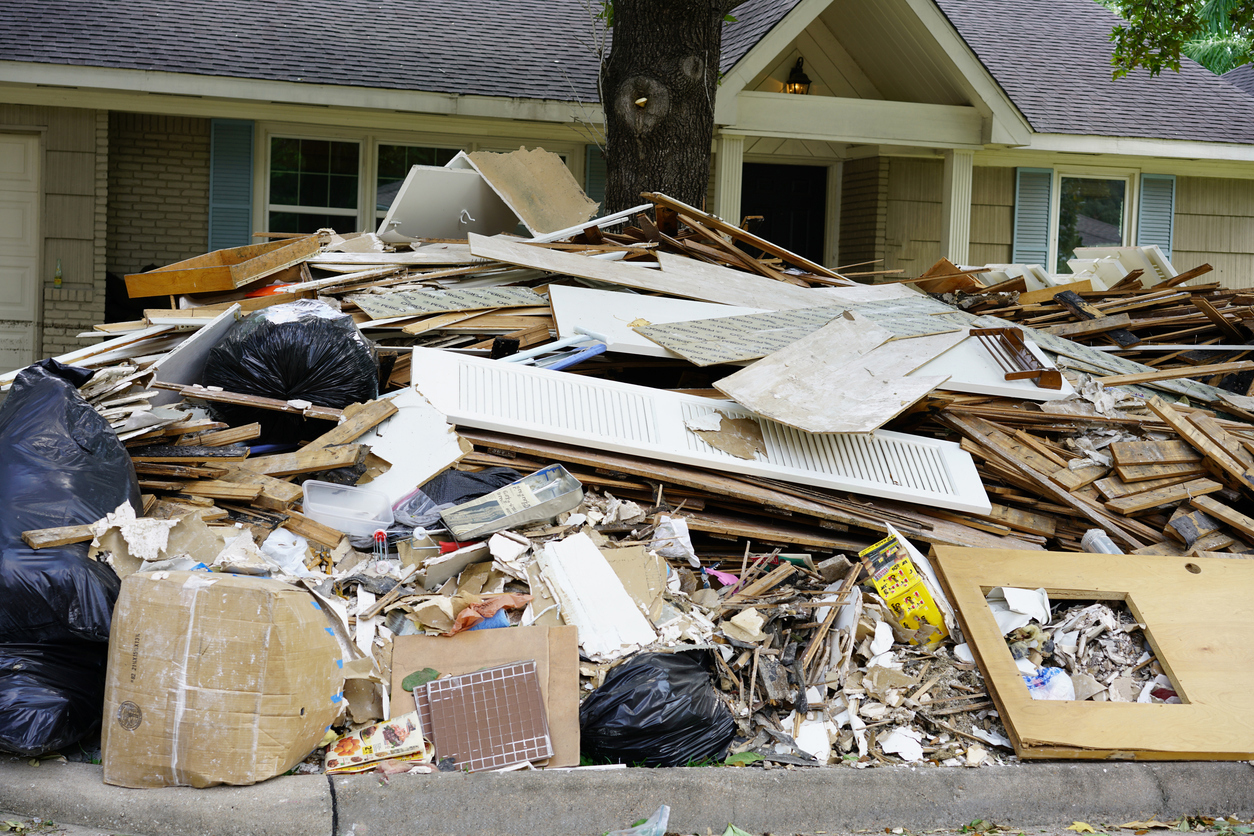 HOUSTON (BP) — In the wake of Hurricane Harvey, Southern Baptist churches and ministries in Texas and outside the state are planning the next phase of recovery — getting people back into their homes and church buildings.

And they are depending on God to move in hearts across the nation to accomplish the impossible.

Estimates of the damage are hard to comprehend, Terry Wright, pastor of Vidor First Baptist Church, told the TEXAN. Just in Orange County, where his church is located, 80 percent of the homes went under water — some up to the eaves. Throughout the storm’s 54-county path of destruction an estimated 270,000 homes sustained flood or water damage and 80 percent of those had no flood insurance. Nearly 800 SBTC churches are in the affected zone, and about 250 have indicated they might be in need of some assistance.

Many of those were underinsured or had no insurance at all, and churches don’t qualify for Federal Emergency Management Administration grants. Please see related story.

And the maximum $33,500 payout to qualified homeowners only covers a fraction of repair and replacement costs. So without donations of construction materials and volunteer skilled laborers, many Texas homeowners face incomplete or insufficient repairs and cash-strapped churches may be forced to close.

But in the midst of the overwhelming disaster, many continue to turn to churches for help and hope. “They’re looking for something bigger than the storm,” pastor Wright said.

Texas Rebuild, launched last week by the Southern Baptists of Texas Convention (SBTC), will focus recovery efforts on the “lighthouses of hope for a community” — churches, said Kenneth Priest, SBTC convention strategies director. By assisting in the repair of church buildings and pastors’ damaged homes, the convention hopes to shore up what should be the source of spiritual and material aid in a community.

Jim Richards, SBTC executive director, on Wednesday (Sept. 27) tapped Kyle Sadler to coordinate the Texas Rebuild effort. Sadler, a wealth management advisor and investment property owner, is no stranger to floodwaters. His own home in New Caney has flooded three times in the past 18 months and First Baptist Church of Humble, where he and his family are members, took on two feet of water during Hurricane Harvey.

“The church has to take care of the church. That’s biblical,” Sadler told the TEXAN.

With its church building shored up, a congregation can more confidently and effectively minister within the community he said. Inspecting the hundreds of damaged churches from Rockport to the Sabine River is Sadler’s first task as Texas Rebuild coordinator. And Sadler has put out the call for donated supplies and skilled and unskilled laborers.

Complementing the Texas Rebuild effort will be Nehemiah’s Vision, a ministry birthed by First Baptist Vidor in the aftermath of Hurricanes Rita and Ike (2005 and 2008, respectively) — when it became apparent that some residents, particularly widows and the indigent, could not afford to repair their homes.

Nehemiah’s Vision has been dormant for six years, but between 2005 and 2011 ministry crews repaired or completely rebuilt 1,200 homes with the aid of 35,000 volunteers from across the country. The call has already gone out to those former volunteers to return. The ministry reboot will also assist with church repair.

In an interview with the TEXAN two years ago marking the 10th anniversary of Hurricane Rita, pastor Wright told the TEXAN he hoped they would never have to relaunch Nehemiah’s Vision.

“It’s obviously not anything anyone wants to do. It’s a lot of work,” Wright said. “But when the board met to consider doing this again [the vote] was unanimous — to help churches and help citizens. We want to do this for the Kingdom’s sake.”

And 95 miles east of Vidor, in the heart of Houston’s flooded west side, leadership from Houston’s First Baptist Church met this week to discuss its disaster relief transition from rescue to recovery. After clearing nearly 700 homes, deployment of their mud-out crews ended Sept. 22 and a headcount of the church’s skilled laborers, electricians and plumbers came up wanting.

But that won’t keep the First Baptist from continuing the ministry that Harvey began. As their talents allow, repair crews have teamed with out-of-town volunteers and will continue to work in the city. And donations, including $6,000 from a church in Hattiesburg, Miss., for sheetrock, keep arriving at the church. Contributions like beds and furniture are being warehoused until selected homes are ready to receive them.

Long-term rebuild efforts will involve the coordinated efforts of state and local non-profit organizations, including both Texas Baptists conventions, whose primary focus will be assisting the communities’ most vulnerable populations.

Mickey Caison, who is coordinating the North American Mission Board’s Southern Baptist Disaster Relief response to Hurricane Harvey, said the last time he checked there were about 700,000 applications for FEMA assistance. And if 6 to 10 percent of those have no means of repairing their homes that could mean at least as many as 70,000 will need volunteer aid and donated supplies.

“Those are staggering numbers when you begin to look at it,” he said. “And we haven’t even considered Florida, Puerto Rico or the Virgin Islands.”

Because the need is so overwhelming, Mike Ebert, NAMB public relations director, said the agency is trying to create more opportunities for people without formal disaster relief training to assist. National and state Southern Baptist disaster relief coordinators say the recovery efforts can only keep going as long as volunteers and financial support continue.

To date about 1,600 volunteers from churches across the nation are scheduled for Send Relief weekend and week-long projects through the end of October. Caison said NAMB is considering coordinating work crews of college students during Thanksgiving break.

Texas Rebuild has begun receiving requests for assistance while Nehemiah’s Vision has received 100 applications and 800 requests for more information.