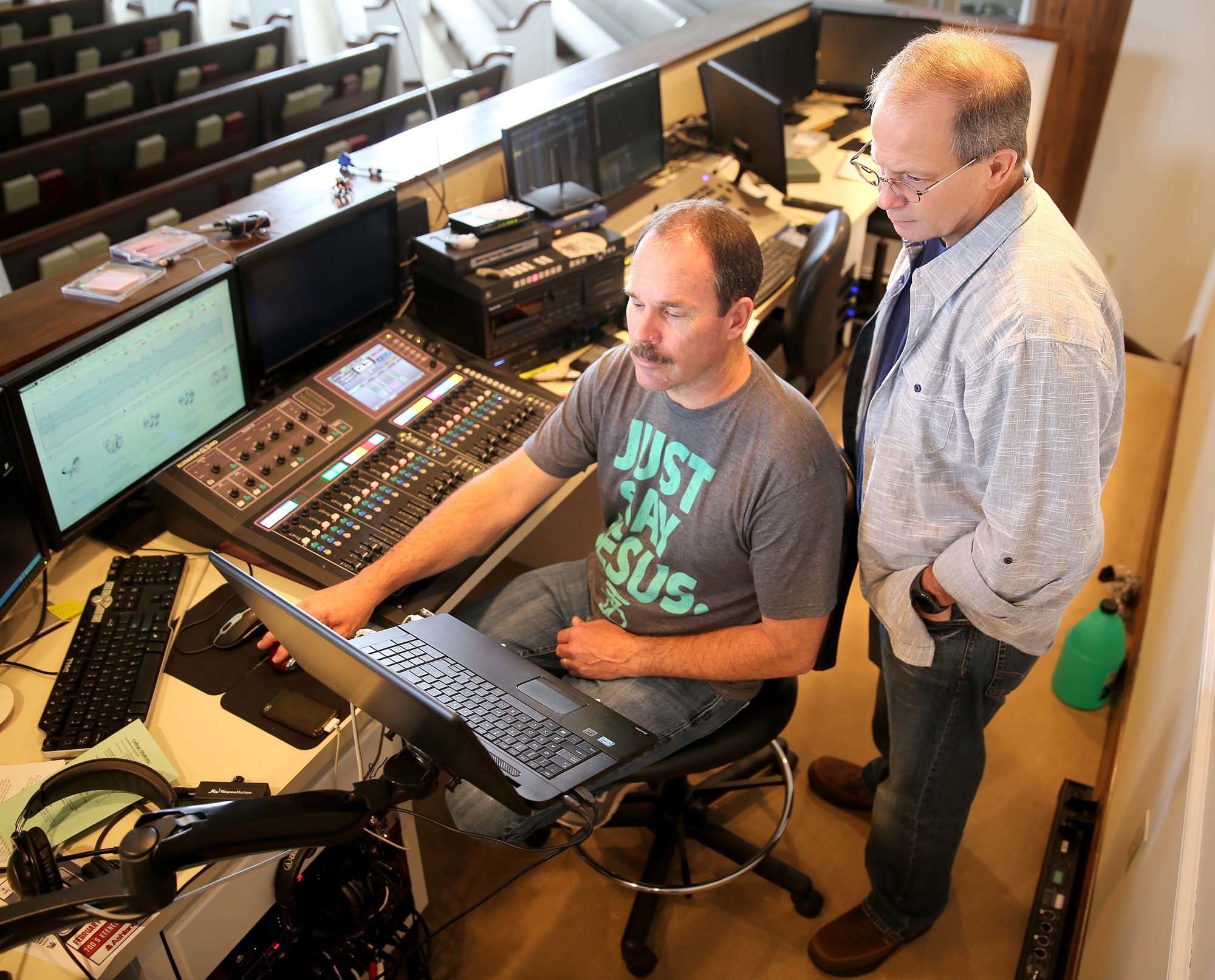 MONTICELLO, Ky. (BP)– More than 5,000 people watched and listened to small-town pastor Mark Helton’s sermons on smartphones, tablets and computer monitors over the past month.

First Baptist Church in Monticello, Ky., has embraced the relatively inexpensive technology that has allowed congregations of all sizes to vastly increase their reaches.

On the typical Sunday morning, Helton preaches to about 200 familiar faces gathered in the pews while analytics show that lots of others from his community and beyond tune in remotely.

“It has been an eye-opener for me,” Helton said. “Technology provides incredible opportunities for sharing the Gospel.”

The Pew Research Center reported last month that nearly nine out of 10 Americans are online, a fact that isn’t lost on Helton’s media crew led by Calvin McFarland, a mail carrier whose professional training was in chemical warfare during his years in the military.

“I don’t have a background in technology,” McFarland said. “It’s just something I picked up.”

“I call it a spiritual gift,” Helton joked.

Larry Brannin, the Kentucky Baptist Convention’s media production specialist, said he is excited to see more congregations taking the Gospel into cyberspace where so many people have an opportunity to hear about Jesus. Brannin said churches that haven’t yet taken the step should consider doing so.

“On a weekly basis, some of our churches are reaching thousands of people who may not otherwise hear a Gospel message,” Brannin said. “And they’re finding it’s really not that expensive to venture into livestreaming. All they need are a camera, a computer with streaming software or hardware and relatively good Internet service. Armed with very modest equipment they can literally reach the world.”

McFarland quickly adopted Facebook Live, which allows him to stream Helton’s sermons in real time on the world’s most popular social media platform. McFarland also puts the sermons on BoxCast and makes them available on the church website.

From his small southern Kentucky town, McFarland is helping First Baptist of Monticello to reach the nations. He is continually looking for new strategies to expand the church’s reach through online initiatives.

By all measures, the Internet has become a crucial tool for churches to use. A Pew Research Center survey released last month found that 77 percent of Americans now own smartphones that give instant access to the Internet. That includes a growing number of lower-income Americans and senior citizens.

Among younger adults, nearly everyone has a smartphone. Pew reported that 92 percent of 18- to 29-year-olds own one. And 74 percent of Americans ages 50-64 now own smartphones. That’s up 16 percentage points in just two years.

As far back as 2011, LifeWay Research was reporting a trend among churches that were increasingly turning to social networking to expand their reaches.

A survey of 1,003 Protestant congregations that year found that 60 percent of churches used some form of social media either to improve communications among their own members or to reach people with no connections to their congregations.

Brannin said anecdotal evidence suggests that number has grown exponentially over the years.