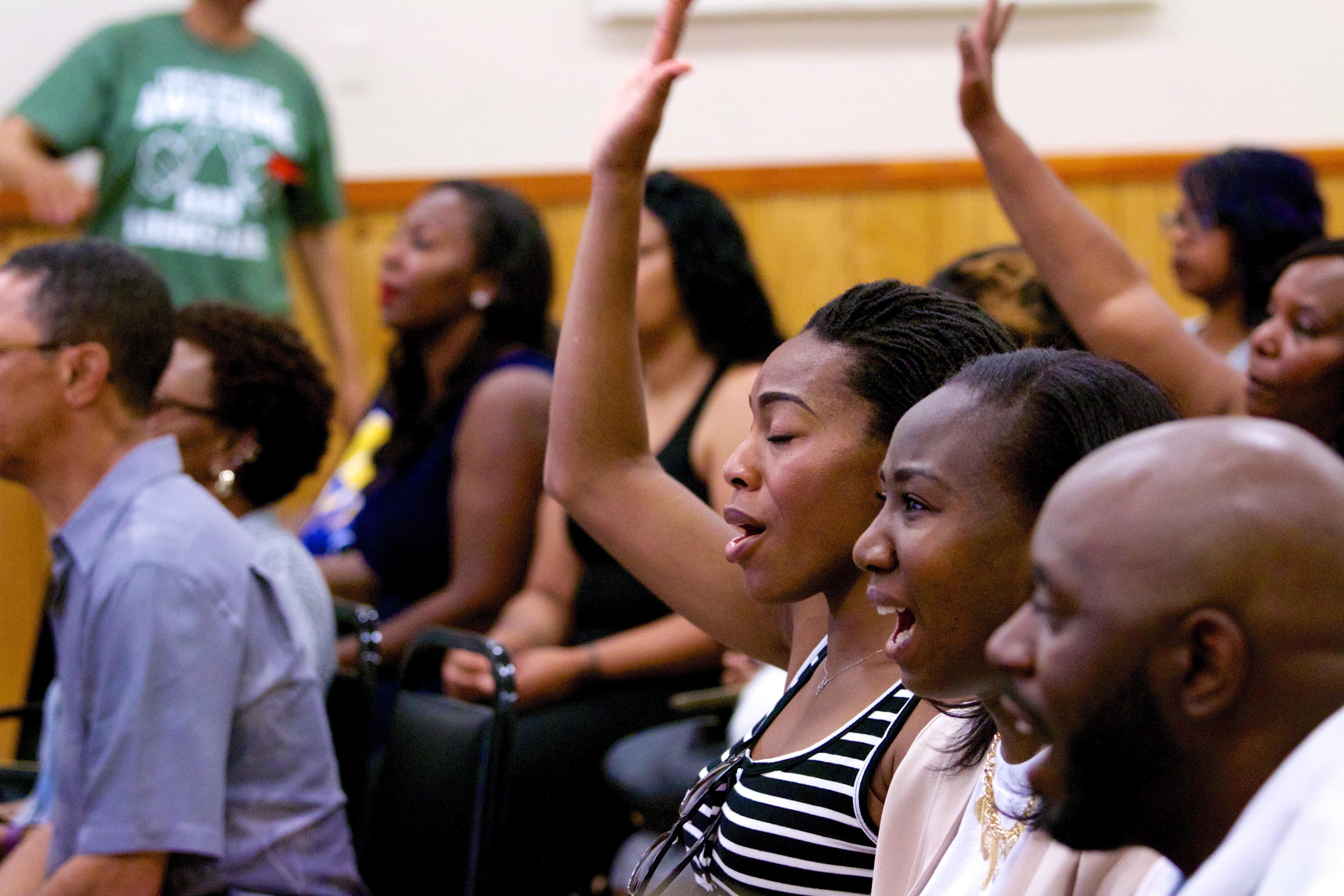 Church plant “meets people where they are”

OAKLAND — As a college student, Michael was a resilient critic of the church, and he had a distorted view of Jesus Christ. When he found the woman he wanted to marry, however, he contacted one of his former college friends, asking the young church-planting pastor to officiate the wedding ceremony.

That pastor, Darnell Hammock, who planted New Life Community Church in Oakland, agreed, with one condition — that the couple go through premarital counseling with him.

“For eight weeks I met with the couple. I shared Christ with them and highlighted the teachings of the Bible concerning marriage. During this time, I began to symbolically see a lightbulb turn on for Michael. He began to see God’s love for him and understood that the love of Christ was unconditional,” Hammock explained.

Michael made a profession of faith, and today he serves as men’s ministry leader at the church launched by his college friend.

“We meet people where they are,” Hammock declared.

“As we penetrate the darkness, we’re talking about so many people’s lives being changed and souls being saved and our community being strengthened.”

The church began in January 2013 with 17 people and today has an average attendance of 130. Approximately 150 have made professions of faith in Christ, and about 90 have been baptized. On Easter Sunday this year, New Life, meeting in a Masonic center, had the highest attendance since its start: 383 people.

“The beauty of New Life is that, on any given Sunday, a young professional can be in a new members’ class or worshiping on the same row with a formerly incarcerated brother or sister. This is a testament to the unifying impact of the Gospel of Jesus Christ,” Hammock said.

“Whenever I walk in the door at New Life, every single person there hugs me. You go there, and you know you are cared for,” she said.

New Life is one of about 120 congregations planted annually by California Southern Baptist Convention. The effort is supported by 11 church planting catalysts, like Berg-quist, throughout the state, said Anthony Ahaev, leader of the California Southern Baptist Convention church starting group. The new congregations are strategically launched in communities that do not have an established California Baptist witness, and they are supported through financial gifts to the California Mission Offering.

Because new church plants often have “great, unorthodox plans on reaching the lost in their communities” but may “lack the resources to execute their plans,” Hammock said, the support offered through CSBC “has been refreshing. To know that you have people praying for you and who are available is pivotal, especially for a new church plant. “

“The assistance with resources, training and pastoral support has proven to be a great asset to our ministry.”

New Life was intentionally launched “to build a strong church culture where our members love God, love people, and are positioning ourselves financially and structurally to give birth to and support future church plants,” Hammock said.

Bergquist believes such a giving spirit, exemplified by Hammock and his wife, is a key to New Life’s growth.

Recalling that a mentor once taught her that “both corporately and individually, it’s more blessed to give than to receive,” Bergquist said, “When churches give, God yields a harvest.”

While all church plants experience both challenges and victories, Hammock turns his focus to the victories.

“In a short amount of time, we have established ourselves as stakeholders in the uplifting and enriching of individual lives and communities within the Bay Area,” Hammock said.

Still, there is more to be done.

“I want to see more souls saved, more lives changed. That’s what we’re here to do.”