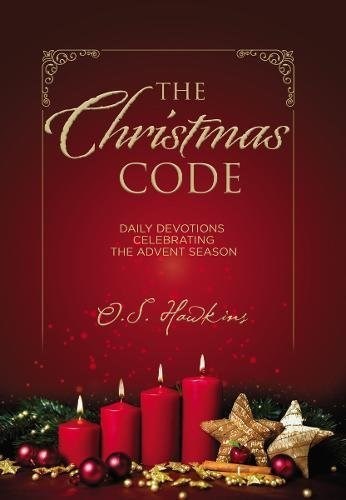 DALLAS (BP) — GuideStone Financial Resources President O.S. Hawkins had one goal for his new book, “The Christmas Code” — providing pastors and churches a resource with short Advent devotionals as a church-wide evangelism tool during the holiday season.

The new book, which released Sept. 5, already has tallied nearly 200,000 in preordered copies.

Rob Zinn, pastor of Immanuel Baptist Church in Highland, Calif., part of the fast-growing Inland Empire region, was stirred when he read the book while returning from a GuideStone trustee meeting.

Like all of Hawkins’ books, author royalties and proceeds benefit Mission:Dignity, GuideStone’s ministry to retired Southern Baptist pastors and their widows in financial need.

Initially, Zinn had planned to order 1,000 copies of The Christmas Code to take to a state convention meeting in Fresno to encourage other pastors to use it in their churches.

After sharing his idea at the Fresno meeting, others indicated an evangelistic interest in the book to the tune of 30,000 copies. On his way home, the total grew by another 5,000.

As of Sept. 1, Zinn said, the church and others he influenced have ordered nearly 60,000 copies of the book.

Noting that so many cultural trends start in California and then sweep across the nation, Zinn said he hopes to see revival kindled in the state.

The Christmas Code is a 64-page devotional with a daily Scripture reading from Dec. 1–25, a “Code word” to live throughout each day and a daily Advent prayer. It also contains a section on “God’s Personal Gift to You” relaying the plan of salvation in the back.

Hawkins said he wrote The Christmas Code because he recognized that hearts are softer during the holiday season.

“As a pastor, I always saw December as the greatest time to evangelize,” he said. “Carols are playing in the mall and people are more receptive to the message of the Christ child.”

Hawkins envisions multiplied hundreds of churches across denominational lines using the devotional to place on doors in their communities to invite residents to their Christmas services or to provide to families for churchwide devotionals, as well as offering them to visitors during November and December. The book is small enough that some have told him they’ll be placing them inside Christmas cards this year.

Zinn said Immanuel Baptist Church will provide five copies to every family in the church — one to keep and use as a family and four to give away.

“It’s getting harder and harder to get people to do personal evangelism,” Zinn said, “but they’ll give a book. I think this is a tool the Holy Spirit can use to draw people to the Gospel.”

The book, which retails for $2.99, is available for less than a dollar per copy with quantities of 100 or more.

“You may not be able to buy a Coke or a pack of gum for under a dollar anymore, but you can provide a beautiful Christmas devotional book with the plan of salvation for every lost person in your community for less than a dollar,” Hawkins noted.

More information on ordering the book with free shipping, as well as a link to read the first seven chapters for free, can be found at OSHawkins.com.