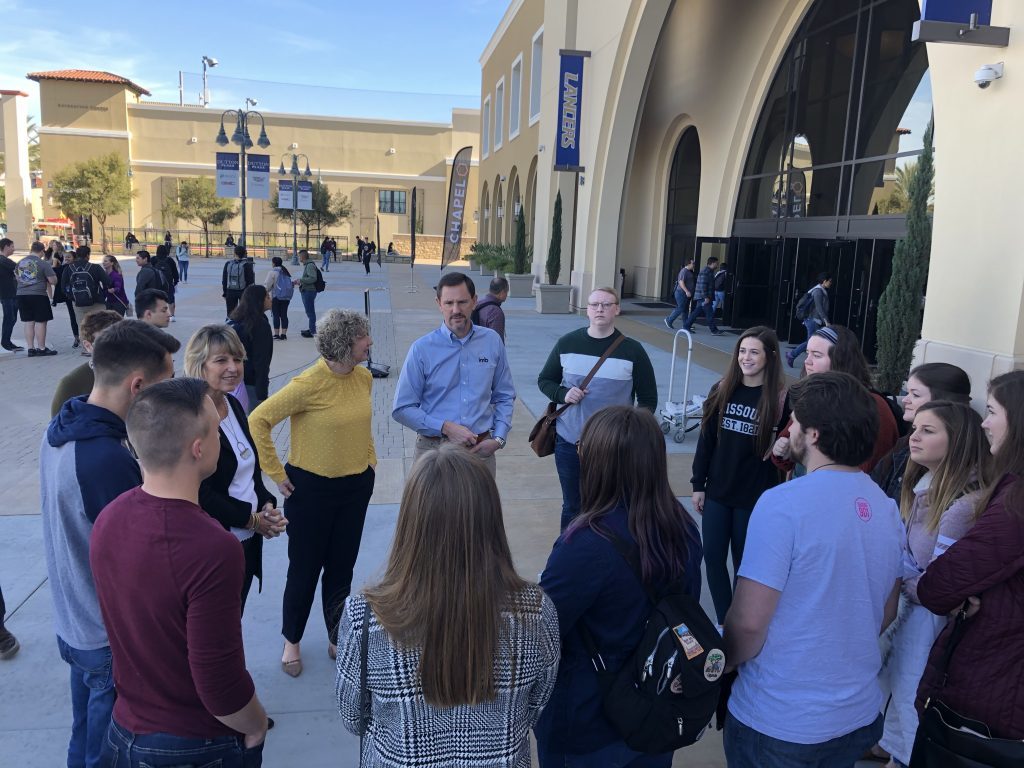 Addressing the thousands of students who attended CBU’s chapel service Jan. 28, Chitwood said, “I went to a Baptist university, so I knew it would be easy for us to connect.”

“I had dinner last night with several students from CBU,” Chitwood said. “What they all had in common was that they grew up overseas on the mission field where their parents were serving. I loved getting to talk with them and hear about all the places they had lived and how they ended up here at Cal Baptist. But as awesome as they are and as much as I love them, and as awesome as you are and, if I got to know you, I’m sure I would love you, there are a couple of college students I’ll always love more than them or you.

“There’s a young lady who is senior at the University of Louisville who I love more because she is my daughter. And there is a young man who is a senior at Eastern Kentucky University, and I love him more because he is my son. It makes sense that God loves His only begotten Son, Jesus, more than anyone or anything else.”

So, why then, if God loved Jesus so much, did He send Jesus from heaven to earth to be “despised and rejected”? Chitwood asked.

“It’s a true story and it’s our story,” Chitwood continued. “We were, as Colossians says, in the domain of darkness. It was the domain of our sin and our enslavement to our sin, and hell awaited us.

“Jesus deserves first place in your life because of what He’s done for you, but He doesn’t just deserve it, He demands it. In fact, that’s the only place He will accept,” Chitwood said.

Sharing from his own experience, Chitwood challenged students not to bargain with God about serving Him “someday” but to commit to serving Him “now.” Because God loves us, He is justified in asking us to love and serve His Son.

“The IMB is hiring,” Chitwood concluded. “We’re sending Journeymen. There are Hands-On and tons of other opportunities here at CBU. I don’t know what God has planned for you. But I know what He wants from you: He wants you to love His Son and serve His Son. And I’m here to commend His Son to you: Jesus is worthy of your life.”