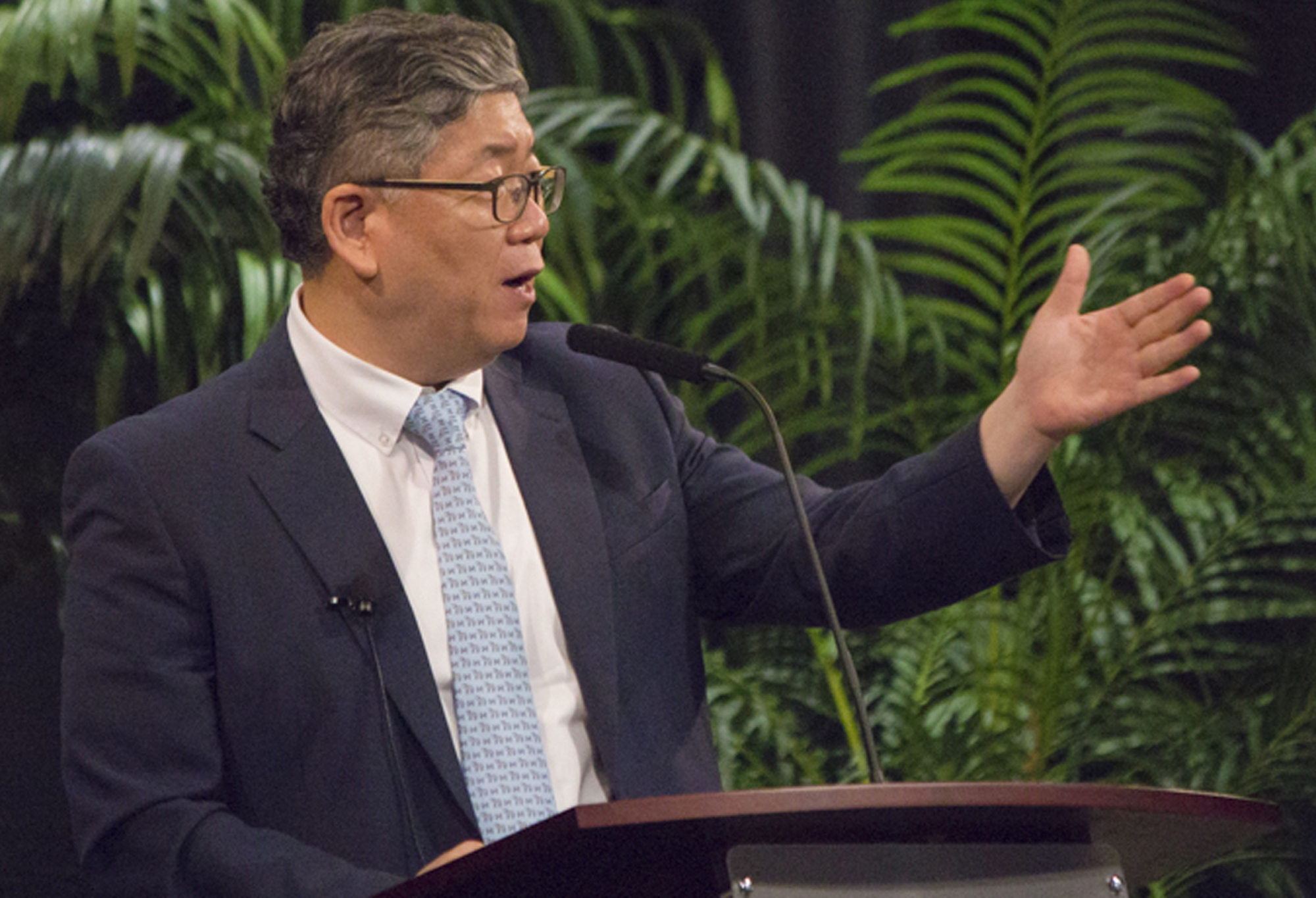 Chin points to the father in prodigal son story

ONTARIO, Calif. (BP) — Gateway Seminary honored Peter Chin, senior pastor of Global Mission Church in Korea, during chapel services Oct. 5 for his friendship and partnership with the seminary in shaping leaders who expand God’s Kingdom around the world.

Global Mission Church is the largest Baptist church in Korea, with more than 30,000 members and 24 worship services each week in the greater Seoul area.

The chapel service was followed by a luncheon dialogue between Chin and Jeff Iorg, Gateway president, about ministry leadership.

Prior to becoming senior pastor of Global Mission Church in 2011, Chin lived in the U.S. for 30 years. For many years, he led New Vision Church near Gateway’s former location in Mill Valley, Calif. During that time, he also served the seminary as an adjunct professor and student mentor.

The problem with the prodigal son was not that he wasted his father’s money, Chin pointed out, but that he left the presence of his father.

Describing the father from the Luke 15 passage, Chin said, “It was the father who saw the son first as he returned. One explanation is that the father had been waiting for the son to return since he left. He was always looking toward the direction he would come. That’s how he saw him first.”

Though the son probably had been dressed well when he left home, Chin said, he was out of money when he returned, he had lost weight because he could not eat well and probably did not look much like his former self. Even though the son looked like a totally different person, the father recognized him.

The father was not just restoring the son to the family, Chin said, but to the community. When he called for the celebration, everyone knew the son was being restored and was probably seated next to the father for everyone to see.

“Our Father is the one who waits for us. No matter what condition we’re in, He’s waiting for us. Giving up all the privileges in heaven, Jesus came down to us. He emptied Himself, humbled Himself and died on the cross. He gave His life for us.”‘

Chin reminded Gateway students, faculty and staff that “God loves you, no matter where you’ve been in your life or what you’ve done. … He’s running out and meeting you, and He’s restoring you …. When we return to God, He welcomes us with open arms and gives us the best robe.

“May we continue to dwell,” Chin said, “in the presence of our Father.”