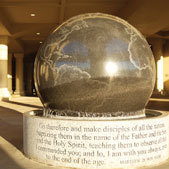 WASHINGTON (BP) — Advocates of religious freedom in higher education gained an important victory Wednesday (Aug. 10) on a controversial California bill that retains some troubling provisions for Christian and other schools.

The proposal’s sponsor announced he would remove language at the heart of protests only a day after a Southern Baptist-led coalition issued a statement urging California legislators to withdraw their support. The multi-faith statement — initiated by the Ethics & Religious Liberty Commission (ERLC) — said the measure, SB 1146, would harm low-income, minority students who seek to attend religious universities and colleges and would seriously restrict the freedom of such schools to establish standards consistent with their beliefs.

The bill’s most contested feature would have limited a religious exemption in nondiscrimination law to seminaries and other schools that train students for pastoral ministry, theological teaching or another religious vocation. As a consequence, it effectively would have denied Cal Grants — which provide funds for low-income students, three-fourths of whom are minorities — to those who decide to attend religiously affiliated universities or colleges in the state, foes said.

Sen. Ricardo Lara’s decision to amend his bill also followed an online campaign that explained the measure’s negative impact on minority students. The effort included a website reportedly circulated to millions of Californians and video testimonies by minority students. Administrators at the state’s religious universities and colleges, as well as various religious leaders in California, had appealed for the bill to be amended.

Opponents of the provision said it also would have, in effect, prohibited Christian and other religious schools from enforcing such requirements as a profession of faith by their students and faculty, standards of sexual conduct, restroom and locker room policies based on biology instead of gender identity and the integration of faith in curriculum.

Religious freedom advocates applauded the announcement the bill would be amended.

ERLC President Russell Moore said via Twitter he was glad “to see the horrific #SB1146 targeting of religious schools dropped.”

“I am pleased that SB 1146 has been amended to allow students to continue using state aid to attend faith-based colleges and universities,” Ellis said in a written statement for Baptist Press. “It means that California Baptist University will be able to maintain its focus on serving students as a university committed to the Great Commission.”

Montserrat Alvarado, director of strategy of the Becket Fund for Religious Liberty, said in a written statement, “Today’s victory is evidence that politicians do not have free reign to discriminate and silence minority voices.”

Some religious freedom leaders expressed their concern about provisions that remain in the bill or what might be proposed in the future, with one state, pro-family leader urging continued opposition to the legislation.

A Democrat, Lara said the bill would still require a religious school to reveal if it has an exemption and to inform the state when a student is expelled for violating a moral code of conduct, according to The Los Angeles Times. Lara also said he would sponsor more legislation next year that might include the language he removed Aug. 10, The Times reported.

“The modifications to SB 1146 eliminate its most damaging parts, but those may well return in the next legislative session,” said Gregory Baylor, senior counsel for Alliance Defending Freedom, in a written release. “Supporters of religious liberty, educational opportunity, and freedom of choice must remain vigilant and oppose any legislation that undermines these indispensable freedoms.”

Samuel Rodriguez, president of the National Hispanic Christian Leadership Conference, said in written comments his organization hopes and prays “future legislative proposals will engage the faith community in a viable conversation that will protect the rights of all.”

Randy Thomasson, longtime president of SaveCalifornia.com, said in a written statement, “SB 1146 was a very, very bad bill which is still a bad bill today. No one who supports religious freedom should be deceived into supporting the amended SB 1146, which sets a dangerous precedent by imposing new state control upon religious colleges.”

Lara, who has described himself on Twitter as a gay Catholic, says his goal is to guard gay and transgender students from discrimination at private schools. “I remain committed to protecting #LGBT students against discrimination,” Lara tweeted Aug. 11.

The Senate passed Lara’s original bill in late May, but the State Assembly had yet to vote on it.

In the ERLC-led statement released Aug. 9, the coalition said the earlier version of Lara’s bill would have resulted “in its own form of discrimination by stigmatizing and coercively punishing religious beliefs that disagree on contested matters related to human sexuality.”

The statement — signed by more than 140 religious, academic, legal, policy and media leaders who include Southern Baptists and other evangelicals, Roman Catholics, Jews and Muslims — called on Assembly members not only to pull their support of SB 1146 but to “disavow similar intrusions in the future.”

Other Southern Baptists signing were several presidents of universities and professors at seminaries and universities, as well as some pastors and state convention executives.