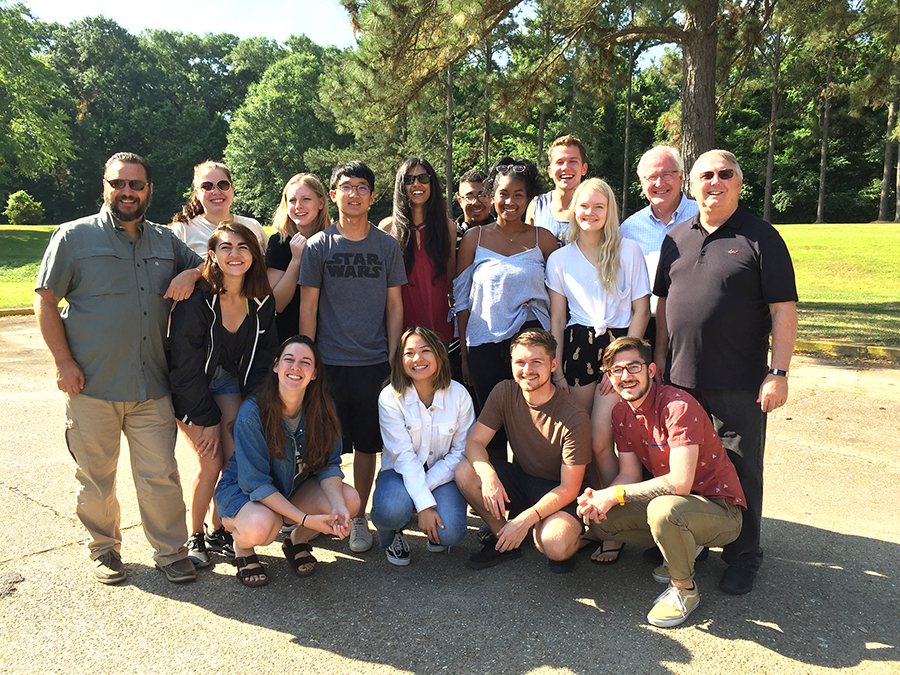 Riverside — Alexandra Applegate, a public relations senior at California Baptist University, had a keen insight during her service trip to the Louisiana State Penitentiary (Angola): there is no limit to God’s redeeming work.

“Seeing how intimates completely turned their lives around from inside prison gave me a whole new meaning to the word ‘freedom.’ These men are spiritually free despite being behind bars,” Applegate said.

In May, a group of students from CBU traveled to Angola to captured stories for Awana Lifeline, a non-profit prison ministry. CBU’s collaboration with Awana Lifeline at Angola is the fourth consecutive year students have spent time volunteering at the largest maximum-security prison in the nation.

Students from the College of Arts and Sciences at CBU worked in teams to capture testimonies of inmates. Additionally, the students documented Awana’s Returning Hearts Celebration on May 19. The event helps unite children with their incarcerated father or mother for a day of games, food, relationship building and Bible teaching.

“This is such a unique opportunity for our program as we serve as the media team for Awana Lifeline’s efforts,” said Dr. Michael Chute, director of the Journalism & New Media and Public Relations Program, who led the team of students. “Our students, faculty and staff did a remarkable job telling the stories of inmates who are serving God inside a maximum-security prison.”

For Applegate, the opportunity to use her skillset in a voluntary setting was a rewarding experience.

“It was incredible to use what I have learned in my journalism classes and working on ‘The Banner’ to serve God,” Applegate said.

View a video created by a student media team from California Baptist University.