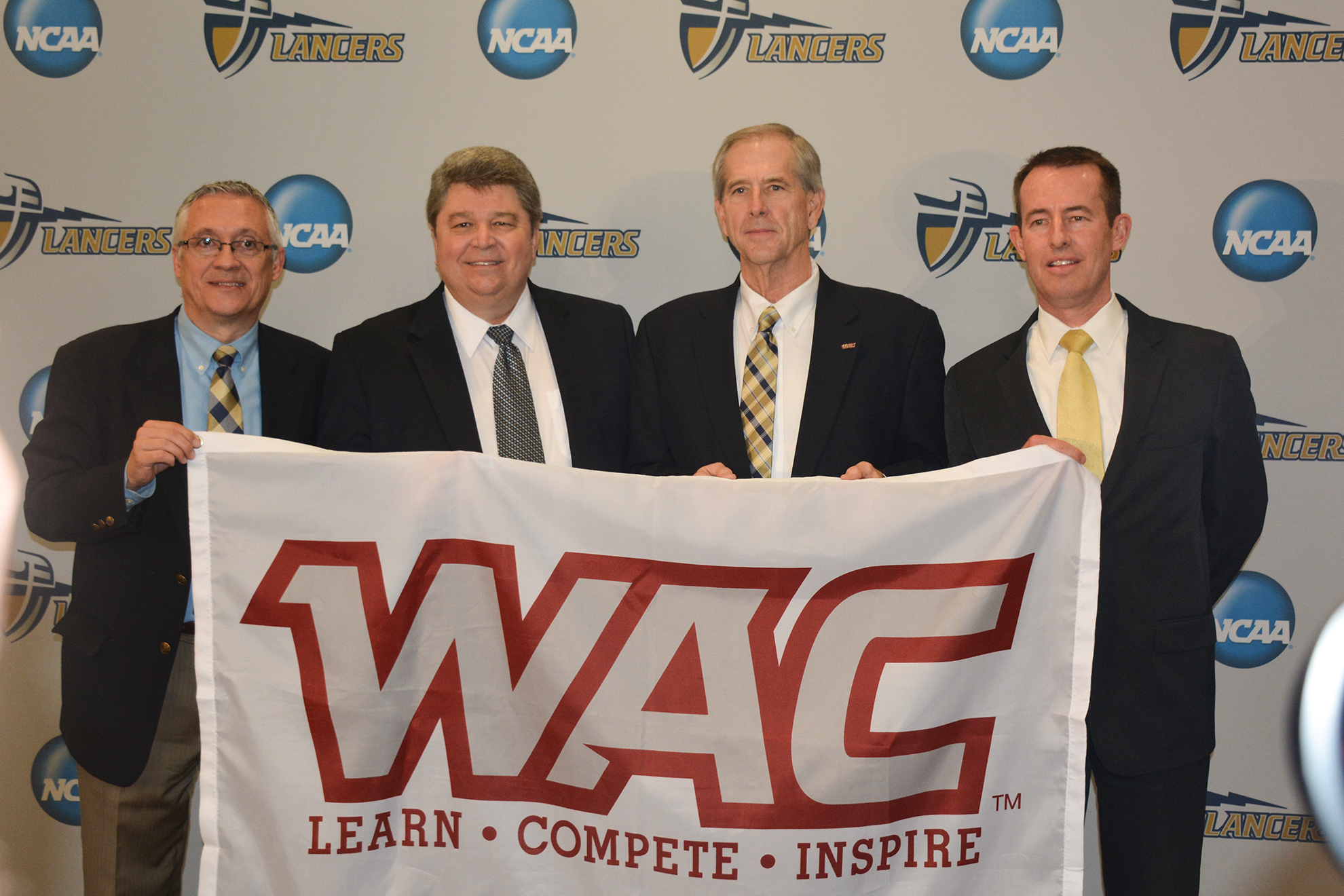 RIVERSIDE, Calif. — California Baptist University has accepted an invitation to join the Western Athletic Conference, paving the way for a multi-year transition to NCAA Division I status, CBU and WAC officials announced today.

CBU and WAC officials held a joint news conference and released statements expressing enthusiasm about the move that was approved at the university’s regular Board of Trustees meeting.

“This represents a great step forward for California Baptist University and Lancer Athletics,” said Dr. Ronald L. Ellis, CBU president. “We are honored to join the Western Athletic Conference and to advance CBU to NCAA Division I, the pinnacle of intercollegiate athletics. I am confident that moving to D-I as a member of the WAC will further elevate CBU’s reputation for excellence in athletics as well as academics.”

Dr. Horace Mitchell, President of California State University, Bakersfield, and Chairman of the WAC’s Board of Directors congratulated CBU on becoming the newest member of the conference.

“On behalf of my fellow WAC Presidents and Chancellors, I am delighted to welcome California Baptist University as a Western Athletic Conference member institution effective July 1, 2018,” Mitchell said.

Mitchell said Ellis made “a compelling case for membership in the WAC” last November at a meeting with the full WAC Board in Denver. The previous month, Mitchell visited CBU along with Utah Valley President Matthew Holland, Grand Canyon President Brian Mueller, and WAC Commissioner Jeff Hurd.

“We were impressed by the university’s academic programs, its commitment to transitioning its athletics program to NCAA Division I and its strong desire to join the WAC,” Mitchell said.

“Commitment to quality academics and athletics programs along with the extraordinary vision provided by President Ellis are at the top of the list. There is no doubt that CBU will make a smooth transition to Division I and to the WAC,” Hurd said.

CBU currently is a member of the NCAA Division II Pacific West Conference and will remain eligible for all PacWest championships and NCAA D-II postseason play through the 2017-18 season. University officials plan to apply for NCAA D-I membership in June 2018.