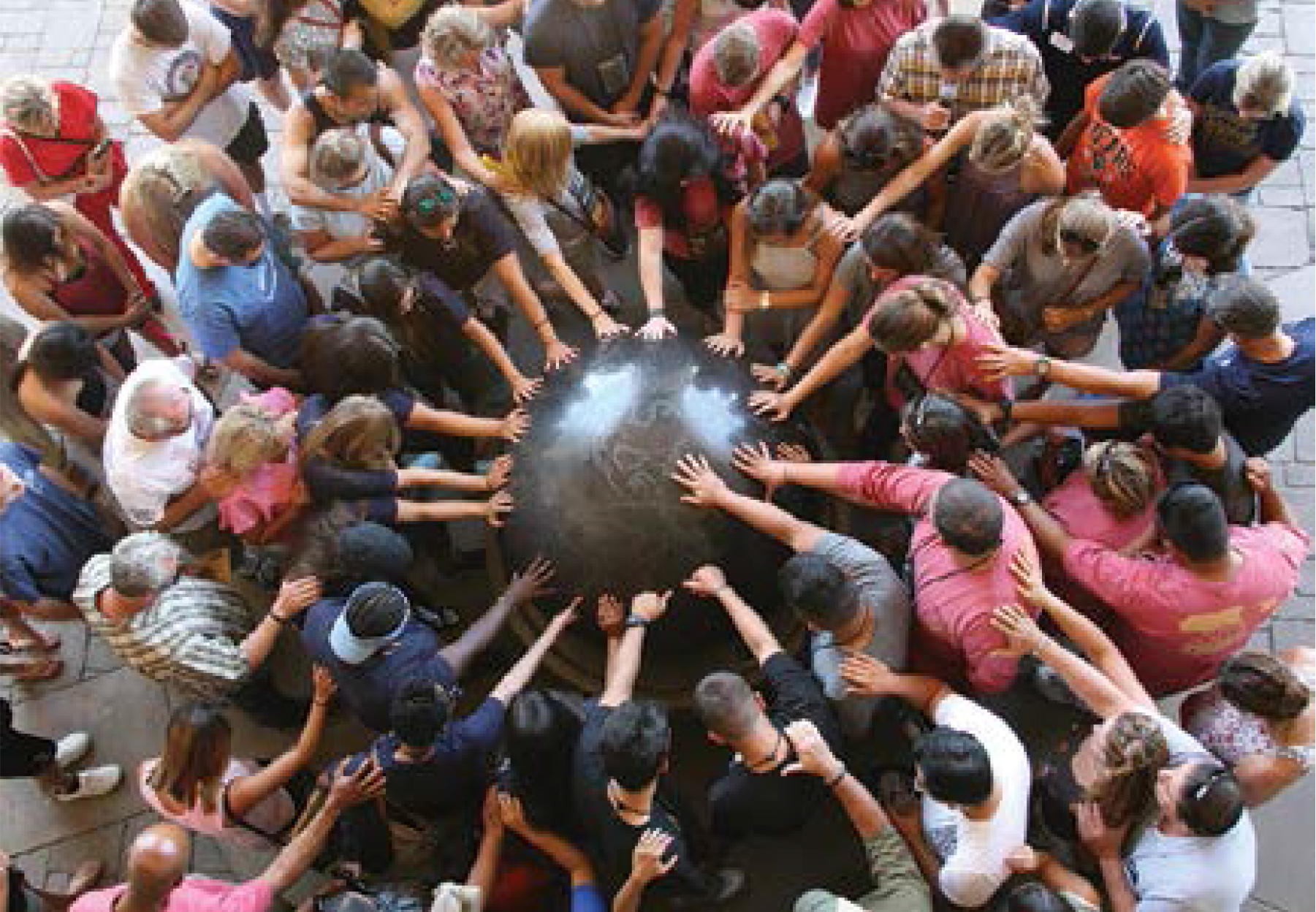 RIVERSIDE — A lot can be learned by stepping outside of one’s cultural bubble, says Jeff Lewis, director of mobilization in the office of spiritual life at
California Baptist University.

McKay Vandenberg, an English senior, would agree. She went to South Asia on an International Service Project (ISP) over the summer and interacted with locals, with the goal of building relationships.

“I learned that the world is a lot different than what our media portrays it to be. While there is a lot of hate and anger being portrayed, the vast majority of
people all just want the love that Christ brings,” Vandenberg said. “People all across the globe are searching for the answers Christ gives. How can we hide those answers from them?”

Vandenberg represents the positive change in a student’s perspective that takes place during
CBU service projects.

In its 20th year of mobilization efforts this summer, the university sent out more than 300 students, staff and faculty on 37 teams to serve in 17
countries for the ISP, United States Projects and Summer of Service. In its two decades of ministry, the CBU global outreach program has tallied 4,267 participants and served in 58 countries.

Service projects typically include teams that conduct sports camps, teach English to university students, provide health-care and engineering skills, and assist with children’s and deaf ministries. The purpose is to work with the indigenous church and its leaders to form connections with community members that eventually open opportunities to share the gospel.

Lewis said he knows many students who went on ISPs who are now serving overseas as missionaries. However, he wants students to realize that all are called by Christ and that does not necessarily mean becoming a pastor or a missionary. The scriptural meaning of calling is to belong to God, to become a new creation in Christ and to serve, Lewis said.

“Mobilization is challenging followers of Christ to do what the scriptures communicate,” Lewis said. “They need to be awakened that they’re already called to join God, strategically, intentionally, every day of their lives.”

Rachel Rosales, a graphic design junior, went on an ISP to the United Kingdom this summer. She said the trip encouraged her to be intentional about faith issues in everyday conversation.

Kris Smith, assistant director of mobilization, has served as a leader on five trips. The journeys have also ministered to her. She has seen firsthand how believers, who are living in poverty, find contentment in a relationship with God despite their circumstances.

Additionally, she appreciates how the program aims at getting volunteers disconnected from everyday distractions such as cell phones (they leave them behind when serving) and focus on being fully engaged in service.

“You’re so in tune to hearing from God in tangible ways,” Smith explained. “I think that’s what makes growth so exponential and makes it so exciting to be part of a team, because you leave everything behind and you see God do amazing things.”

Preparation
Before leaving for their fields of service, CBU offers participants up to 75 hours of training, half of which takes place during Intensive Training Weekends. These include preparing students and others to communicate and seek help during a potential crisis. Additionally, teams receive weekly training for 15 weeks that covers

“If you ask field workers what sets CBU apart in the field, it’s that they are the best-trained teams that they receive,” Horton
said.

Moving ahead
In the future, Lewis sees mobilization partnering with more churches and being a resource. He also sees the program participating with academics and developing mission experiences to assist students in capturing a vision as it relates to their degree.

Mobilization needs to help nurture and develop students to see beyond just the project experience, Lewis said. “It should be part of the transformation of how they view the world and how they will be engaged in the mission of Christ until they see Him face to face,” Lewis said.