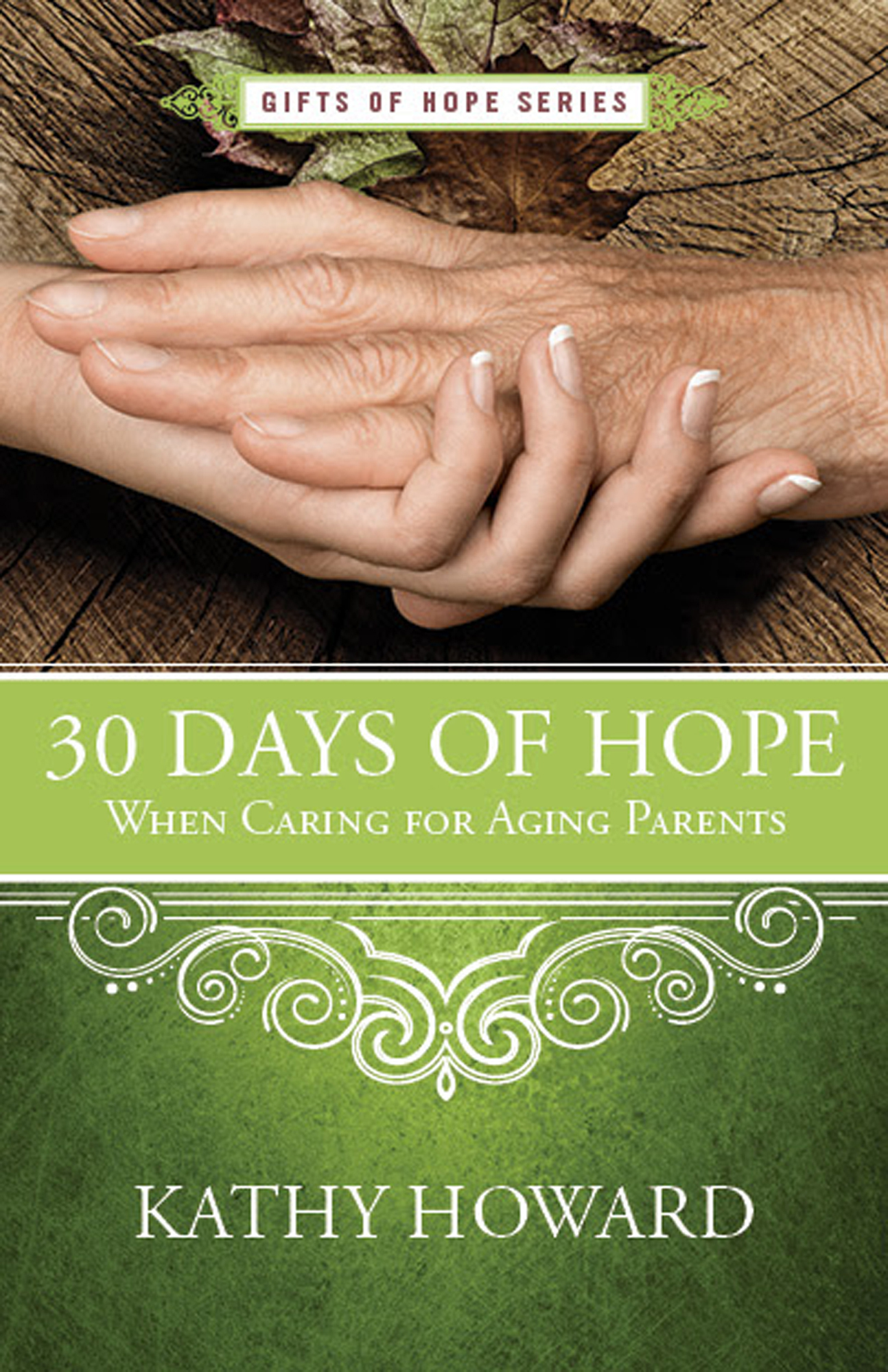 NASHVILLE (BP) — As Kathy Howard started taking care of her father-in-law and then her own parents, the physical and emotional demand became increasingly apparent.

“But I was unprepared for how spiritually challenging this journey has been,” said Howard, author of“30 Days of Hope When Caring for Aging Parents,” a new book from New Hope Publishers.

Howard uses her own personal experiences in caregiving in the book as well as those of others who have gone through or are in the process of caregiving.

“The book is a 30-day devotional that offers the encouragement needed as you strive to care for your parents in a way that pleases God and still shows them honor and respect,” she said.

Through this time in her life, “I began to see how God was going to use me caring for my parents as a part of His spiritual refinement in my life and it was quite challenging,” she said.

In taking her father-in-law to his medical appointments, she felt she had to adjust her life accordingly.

“I was having to cancel lunch with friends to take him to the doctor,” Howard said. “While I wanted to help him, I still felt that selfish sin nature that we all have.”

Her mother suffers from Alzheimer’s, a disease that progressively destroys memories and other mental functions.

[My mother] can say some really hurtful things sometimes and it is from the disease, but my emotions still pop up,” Howard said.

“There have been multiple times where I have had to really lean on God to help me act in the spirit rather than out of my own emotion-filled response.”

Howard grieves for the loss of her mother’s mental health and for her father who suffers from Parkinson’s, a long-term disease that attacks the central nervous system which affects movement.

“It’s emotionally difficult to watch this happen to them,” Howard said. “I grieve myself for my mom because I feel like I have already lost her even though she is still here, and I grieve for my dad because he is still aware of what he has lost and what he is unable to do.”

Howard notes the biggest struggle in caregiving is figuring out how to parent them while also honoring them as a parent as God instructs in Scripture.

“Whatever I do … I need to do it in a way that obeys God’s commandment to honor my parents,” she said.

In one of the devotionals in the book, titled “Holding onto Hope,” Howard offers a reminder that there is still a hope in Christ through the tough times.

“There were days that I wrote and I had to stop and pause because I was overcome with emotion,” she said. “There were other times that I would have to stop and praise God because He impressed these words and experiences on me as I was writing.”

“If you are overwhelmed with the caregiver responsibilities and don’t have much alone time, get creative and purposeful to find time with God, because that is where our source of strength comes from,” she said.

“Don’t be afraid to reach out and ask for help as well.”

Caregivers often find the majority of their time filled with caring for their parents during their time of need but, Howard emphasizes, “it is more than OK to accept help and take time to get away.”

“A caregiver that is totally and completely burned out and exhausted is no good to their parents,” she said. “We need to give caregivers the freedom to have time for themselves.”

Howard said God has shown her that caring for her parents is something that pleases Him and encourages other caregivers to see the situation as a ministry opportunity.

“So often it feels like we have to put our life on hold to take care of our parents,” she said. “We feel like they are unable to fulfill our ministries when, really, we are in a season that God has brought us to. Doing that in itself … pleases Him.”