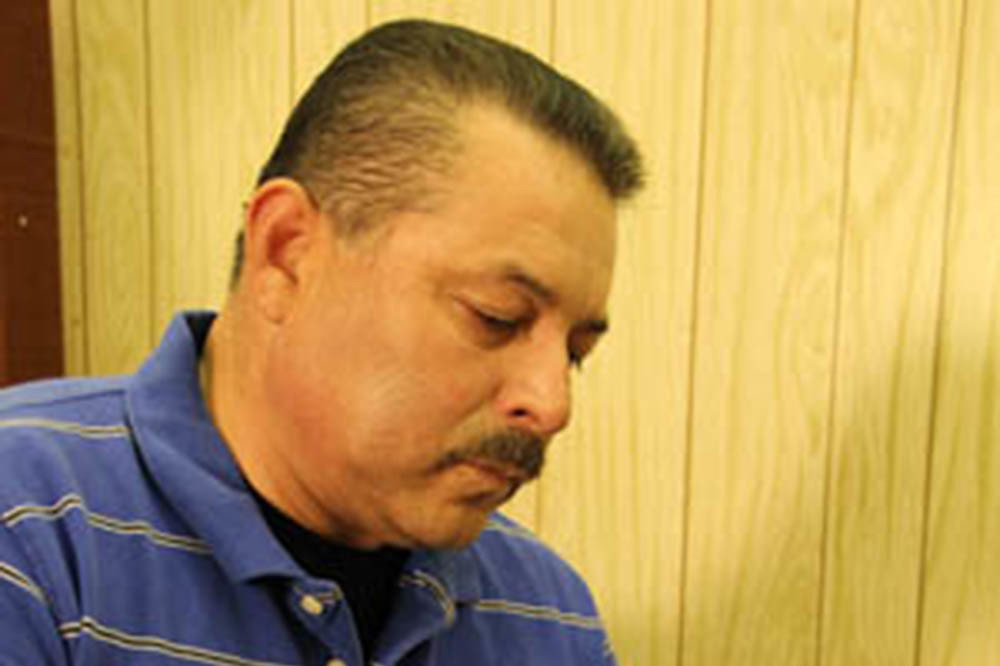 FARMERSVILLE – Sometimes it’s the pastors who need pastoral ministry. And sometimes it’s funds from the California Mission Offering (CMO) that provide it.

In the case of Francisco Mendoza, bivocational pastor of First Baptist Church in Farmersville, the need was economic, born out of a horrific accident Aug. 5, 2012.

In the process of burning off brush at the church property that Sunday, the container of gasoline in his hands caught fire and exploded, causing major burns on his arms, hands, legs, stomach, and even his face. Mendoza spent a month in the hospital and underwent several skin grafts; 11 months later he still lives with pain, and wears clothing designed especially for burn victims.

Such an accident would be a setback for anyone, but for a bivocational pastor whose “day job” is in construction, and whose family includes six children (four at home), the cost was particularly high.

Enter a fellowship of local pastors and the California Mission Offering. A pastor from nearby Sanger notified the California Southern Baptist Convention healthy church group about Mendoza’s situation, which dispatched funds to the family to help them weather the economic storm.

“That really helped,” said Mendoza, a native of Mexicali who has been in California since he was 17, and in ministry for 23 years. “Also, we have some government assistance, and some of the churches are helping, and here and there God’s people come through for us. Any way I see it it’s been hard. But we don’t feel led to leave the church right now.”

It’s precisely these types of situations that some of the California Mission Offering is set aside to ameliorate.

Explained Randy McWhorter, leader of the healthy church group, “Our group sets aside a portion of the CMO for church and pastor assistance. Obviously in Francisco’s case the need was economic. Sometimes it’s to help pastors in emotional distress, such as burnout. Sometimes it’s used to help pastors refresh and recharge – preventive care and not just reactive.”

This portion also goes to assist congregations dealing with conflict, or with getting back “on their feet” financially, or simply with developing a culture of peace.

As a plastering contractor, Mendoza is hardly able to work his secular job even now, nearly a year later. But that’s not kept him from his pastoral call. The second Sunday after leaving the hospital, before he was able to walk, he was back in the pulpit. He spoke – naturally? – on perseverance.

And as California Southern Baptists continue to give through the California Mission Offering, such hope finds tangible expression to churches and pastors in need of it, like Francisco Mendoza.