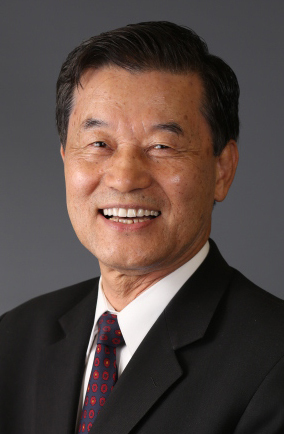 California and national Korean Baptists on board for challenge

CARROLLTON, TX (BP) – On a crowded street in Seoul, Korea, David Gill’s life changed when a missionary from the United States did something he didn’t expect – the man spoke to him.

Gill, then 16, had traveled from a poor, rural farming area – about a day’s journey from Seoul – to live in the city and attend school. He was alone and needed a friend when the missionary reached out to him. He invited Gill into his home. He taught him English. He later helped lead Gill to follow Jesus as Savior.

More than 40 years later, Gill – now pastor of Concord Korean Baptist Church in Martinez – remains thankful for the missionary’s impact on his life, still marveling at how the man “found” him.

“There were so many people in the street of Seoul, Korea,” Gill said. “He talked to me. He loved me … and through him I came to meet Jesus. I don’t know where I’d be without this man. God found me through (him).”

Southern Baptist Koreans must strengthen their outreach to those who likewise need to be found for Christ.

Southern Baptists of different languages, ethnicities and cultures have been challenged to “embrace” approximately 3,800 unengaged, unreached people groups – those who live in places that are less than 2 percent evangelical and have no active church-planting strategy among them.

Gill was one of nearly 400 participants at the annual meeting of the Council of Korean Southern Baptist Churches in America this summer at New Song Church in Carrollton, TX. Of 190 churches represented at the gathering, 52 committed to accept the embrace challenge.

“I was amazed,” said Gihwang Shin, the International Mission Board’s Korean/Asian missional church strategist. “Out of 190 churches represented … (it) is a big number.”

The response from Korean Southern Baptists followed the Southern Baptist Convention’s annual meeting June 14-15 in Phoenix, when messengers turned in more than 600 commitment cards to find out how their churches can embrace unengaged, unreached people groups.

Korean Southern Baptist pastors like Gill, who has led his church for 35 years, are more than ready to join in the challenge. Right now, Concord Korean Church has six missionaries serving with the IMB overseas.

“Pastors are busy with our own work, and you always have so much to do in local churches, but … what does God really want us to do?” Gill asked. “Get out there.”

He added, “I’m really convinced God is using Korean Southern Baptist churches in America. We are praying for the next stage.”

Hyoung Min Kim, pastor of Denton (TX) Korean Baptist Church, also shares a readiness for that next stage. While Kim has a vision to plant as many churches in Texas as his congregation can handle – and has sent teams overseas in the past – he also is eager to embrace unengaged, unreached people overseas.

The church has about 150 members, mostly young students in their 20s and 30s. Kim said he hopes to see the young congregation refuse to get swept up in living the American dream and focus more on God’s work.

“To reach all the ethnic groups in the world, not just missionaries … but all the local churches should be mobilized in order to reach all of the world,” Kim said.

Prayer is the key to embracing the difficult places, he added, noting, “Without prayer it is impossible to reach those ethnic groups.”