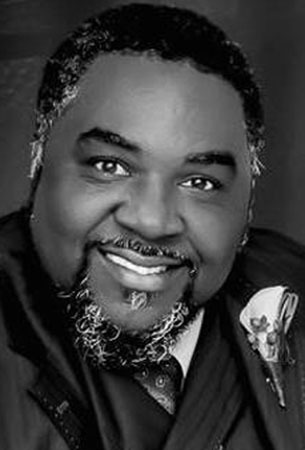 Vines “is a close personal friend that has a deep love for our convention,” Hunt, pastor of First Baptist Church in Woodstock, Ga., told Baptist Press via email. “In our time together he so often speaks of his passion to serve and make us better together as a convention.”

Pastor of New Seasons Church in San Diego for the past 13 years, Vines has shepherded the church from being an African American congregation of 67 members to becoming a multiethnic church of 1,800 members with five campuses, including Arabic- and Spanish-language campuses, according to information provided by Hunt and the church.

Vines currently serves as president of the California Southern Baptist Convention (CSBC) and a trustee at the Ethics & Religious Liberty Commission. A former president of the National African American Fellowship of the SBC, Vines has chaired the SBC’s Credentials Committee and served on the Committee on Committees.

In 2017, New Seasons recorded 14 baptisms and an average worship attendance of 578 at its primary campus, according to the church.

For 2016 — the last year for which data is available from the SBC’s Annual Church Profile — New Seasons classified $127,737 as Great Commission Giving, 16.5 percent of the church’s undesignated receipts. Included in that figure are community feeding and clothing ministries, at least two church plants, mission work in Africa and support of a school in the Philippines, the church said.

By convention action in 2011, the SBC defined Great Commission Giving as comprising “contributions to any Baptist association, Baptist state convention, and causes and entities of the Southern Baptist Convention.”

New Seasons told BP it gave $6,000 through the Cooperative Program in 2017, approximately .8 percent of its undesignated receipts. It reported an additional $2,500 in giving to its local Baptist association and nearly $80,000 in total missions giving amid a building program that increased designated receipts.

Prior to the building program, the church had given $32,170 through CP in 2014, according to the California convention and ACP data.

The Cooperative Program is Southern Baptists’ unified channel for supporting missions and ministries in North America and across the globe.

Vines told BP he “would love to support” SBC causes with larger monetary gifts, “but due to the fact that a lot of the SBC entities do not have a clear sense of the African American context and our African American experiences, I have to go and develop my own [ministries] so I can support those that are important to our community and to our culture.”

If elected, Vines said, “I’m going to encourage” the convention to “bring excluded groups to the table” and “realize that different cultures have different needs and situations, and you can’t pigeonhole everybody into one box.”

If Southern Baptists “ever get the racial issue together and how we should work together better,” Vines said, “I think we’re positioned to be the greatest evangelistic organization in the world.”

He holds a doctor of ministry degree and a master’s degree from Andersonville Theological Seminary in Camilla, Ga., and an undergraduate degree from Point Loma Nazarene University in San Diego.

Vines and his wife Karen have four children and 13 grandchildren.