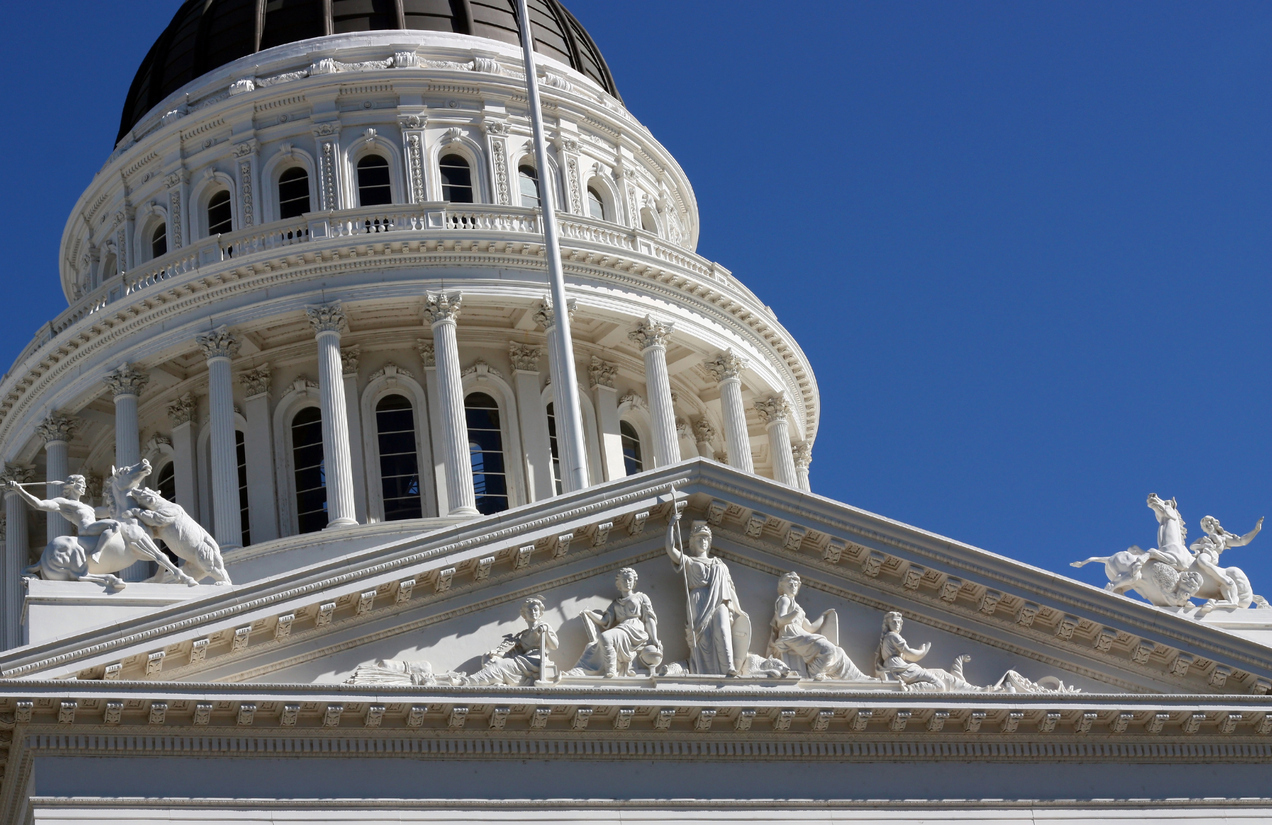 WASHINGTON (BP) — Southern Baptists and other religious conservatives are warning a bill making its way through the California legislature would violate free speech and religious freedom protections by prohibiting biblical teaching on sexuality.

The California Assembly passed in a 50-18 vote April 19 an amendment that adds “sexual orientation change efforts” to the categories of activities barred by the state’s consumer protection law. The proposal, Assembly Bill (AB) 2943, still needs to gain approval in the Senate before it goes to Gov. Jerry Brown for his signature.

While the bill’s supporters contend it targets “conversion therapy,” critics say the measure would affect much more than that controversial technique. They maintain it would, in essence, make illegal any transaction involving a book, conference or counseling that might help a person overcome undesired same-sex attraction or gender confusion.

Southern Baptist ethicist Russell Moore said the proposal “goes to the very foundations of free speech and religious liberty and is both reckless and harmful.”

AB 2943 “essentially outlaws views of sexual ethics held by most Christians, Orthodox Jews, Muslims and many others, all over the world and throughout history,” the president of the Ethics & Religious Liberty Commission said in a written release. “If passed, it would have a chilling effect on religious institutions teaching their own beliefs, and would be a harm to all citizens, religious or not, by eroding basic First Amendment protections.”

In a letter Tuesday (April 24), Moore urged Brown to oppose and, if necessary, veto the bill. Despite their differences on many moral issues, Moore said he hoped Brown and he “could agree on our constitutional heritage of freedom of speech and of religion.”

R. Albert Mohler Jr., president of Southern Baptist Theological Seminary, sounded an alarm in the April 20 edition of his podcast The Briefing.

“What we are facing here is the effort by the state … to make it virtually illegal for anyone to represent Orthodox Christian teaching on issues of gender and sex and sexual morality,” Mohler told listeners, according to a podcast transcript.

The California Family Council (CFC) — a partner organization of the California Southern Baptist Convention — decried the Assembly’s passage of the legislation.

California “has no right to deny its residents the resources to help them find happiness or to shut down counselors, schools, and religious organizations that provide those services,” said CFC Chief Executive Officer Jonathan Keller in a written statement. “Every person experiencing unwanted same-sex attraction or gender dysphoria must be allowed to pursue help in achieving their desired goals and outcomes.”

The bill defines “sexual orientation change efforts” as “any practices that seek to change an individual’s sexual orientation. This includes efforts to change behaviors or gender expressions, or to eliminate or reduce sexual or romantic attractions or feelings toward individuals of the same sex.”

Such efforts do not include psychotherapies that offer “acceptance, support, and understanding of clients” and “do not seek to change sexual orientation.”

In a March 8 legal analysis of AB 2943, Alliance Defending Freedom said, “In other words, helping a person address unwanted attractions is banned, while helping someone embrace such attractions is permitted.”

ADF, a legal organization that defends religious liberty, provided examples of the extent of the censorship if the proposal is enacted:

— “A licensed counselor could not help a married mother of three who is experiencing unwanted sexual attraction to a close female friend or confusion over her gender identity overcome those feelings;

— “A religious ministry could not hold a conference on maintaining sexual purity if the conference encourages attendees to avoid homosexual behavior;

— “A bookstore (including online bookstores like Amazon) could not sell many recently published books challenging gender identity ideology and advocating that these beliefs should be rejected by society; and

— “A pastor paid to speak at an event addressing current social topics could not encourage attendees that they can prevail over same-sex desires or feelings that they were born the wrong sex.”

Financial transactions — such as conference registration fees or payment for a book — would trigger AB 2943 in all these cases, according to ADF.

The measure likely is unconstitutional not only because it discriminates based on viewpoint and impermissibly hinders free speech and religious exercise, ADF reported, it also infringes the First Amendment right to receive information, according to the analysis.

“So-called conversion therapy is a dangerous, ineffective solution in search of a nonexistent problem, and there’s no place for it in the State of California,” said Equality California Executive Director Rick Zbur in a written release. “Once again, California legislators sent a clear, bipartisan message to the [LGBT] community across our state and around the world: ‘You belong.'”

Conversion therapy is a method designed to change a person’s sexual orientation or gender identity that has lost support among evangelicals in recent years. Instead, many churches and pastors seek to help people dealing with same-sex desires and gender confusion by teaching the Gospel of Jesus and its sufficiency.

In his letter to Brown, Moore commended the governor for his veto of a bill last year that would have prohibited religious organizations from disciplining employees who had abortions or participated in extra-marital sex.

“You have spoken in the past of your deep commitment to the First Amendment, and to freedom of speech, even for those views with which you disagree,” Moore wrote Brown. “I was, and am, grateful for your constitutional consistency on that matter.”