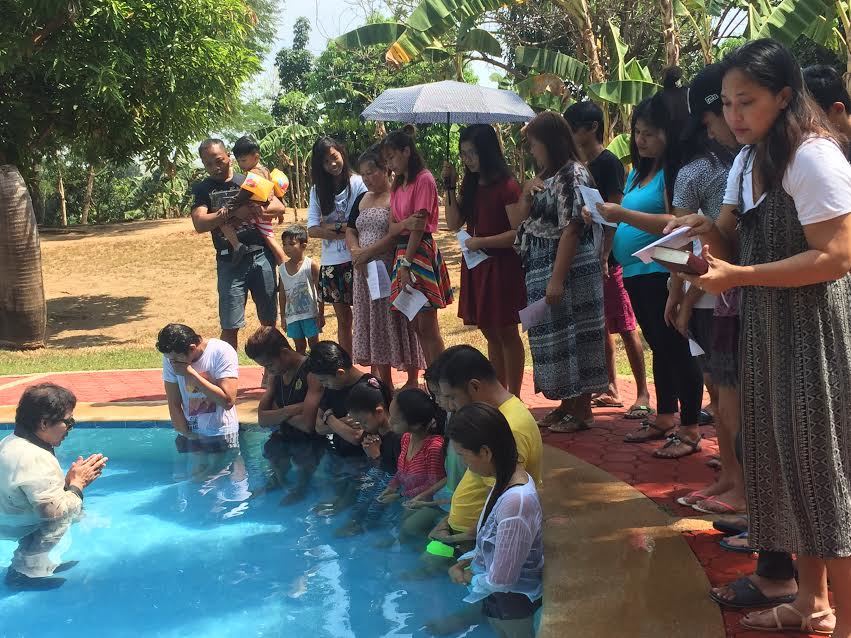 LANCASTER — Not content to be the largest association geographically in California and probably the nation, High Desert Baptist Association has stretched its boundaries to include the Philippines.

Director of Missions Don Parker, who visits High Desert churches every week, happened to be at Lancaster’s First Filipino Baptist Church the Sunday Pastor Abner Abanes told the congregation the latest news of their church plant in Bataan, west of Manila on the Bataan peninsula of the Philippine Islands. Abanes’ plea was for financial help to assist in building a facility to house the growing work and disciple new believers.

“I heard him, and I was compelled to follow up on his request,” Parker told the California Southern Baptist. “To do the work they’re doing requires sister churches to help.”

But the Philippines? More than 7,500 miles away?

“It doesn’t matter where it is,” Parker declared. “That’s the heart of churches in our association.”

Randy Howard, senior pastor of The Gate Church in Victorville and his executive pastor, Charles Speelman, “are all over the world, helping to train pastors and to plant churches,” Parker said. The church also has built orphanages in India and Kenya, as well as helping sponsor new work in High Desert Association.

But this is the first time the association itself has partnered to plant a church in a different nation.

“‘You have not because you ask not,’” Parker explained when asked why the Philippines rather than any other nation on Earth. “And as I look back it clearly was the Spirit of God directing us.”

Abanes has proven to have the skills and commitment to start a church, Parker noted. Under Abanes’ leadership over the last 18 years, First Filipino has doubled in size, from 50 to 100 in Sunday morning worship. Over the last 10 years, some 60 people have been baptized.

Finances have not kept pace with growth and ministries, however, and starting a church plant in the Philippines has further taxed the congregation’s available resources.

“He’s led the church to become a strong work,” Parker said of Abanes. “He has a great missions heart.”

Abanes also has a heart for his homeland and his hometown. When he saw there was no evangelical witness in Bataan, he felt led to start a church, with himself leading it until God-called men come to the Lord and are discipled and trained as pastors.

He goes “at great personal sacrifice,” Parker noted, for three- to four-month stints in Bataan, leaving his wife Lolit and six daughters in Lancaster. He leaves First Filipino in the hands of a pastor he imports temporarily from the Philippines.

The Bataan church often has 90 or more in Sunday morning worship, and about 60 in Sunday school. Ninety gather at three locations for midweek prayer services, and each afternoon during the week Abanes hosts a discipleship training seminar attended by 25 men and women.

“He does an extensive amount of equipping people and discipling people, so the foundation he’s laying for that church plant is a secure situation,” Parker said. “It’s a tremendous opportunity to reach people with the gospel.”

As of early March, 15 people were scheduled to be baptized on April 1. That number grew to 20 by late March. With similar evidence of God at work, High Desert’s missions committee led the association as of January to support the Bataan church plant with prayer and with a $300 check each month for up to three years.

“It’s helping Abner lay the foundation for purchasing property and building a building,” Parker explained. “The dream is to send people as well as financial support.”

While its pastor is in Bataan and a substitute pastor is in Lancaster, First Filipino continues local ministry efforts including plans to start a church approximately 65 miles away, in the Victor Valley area.