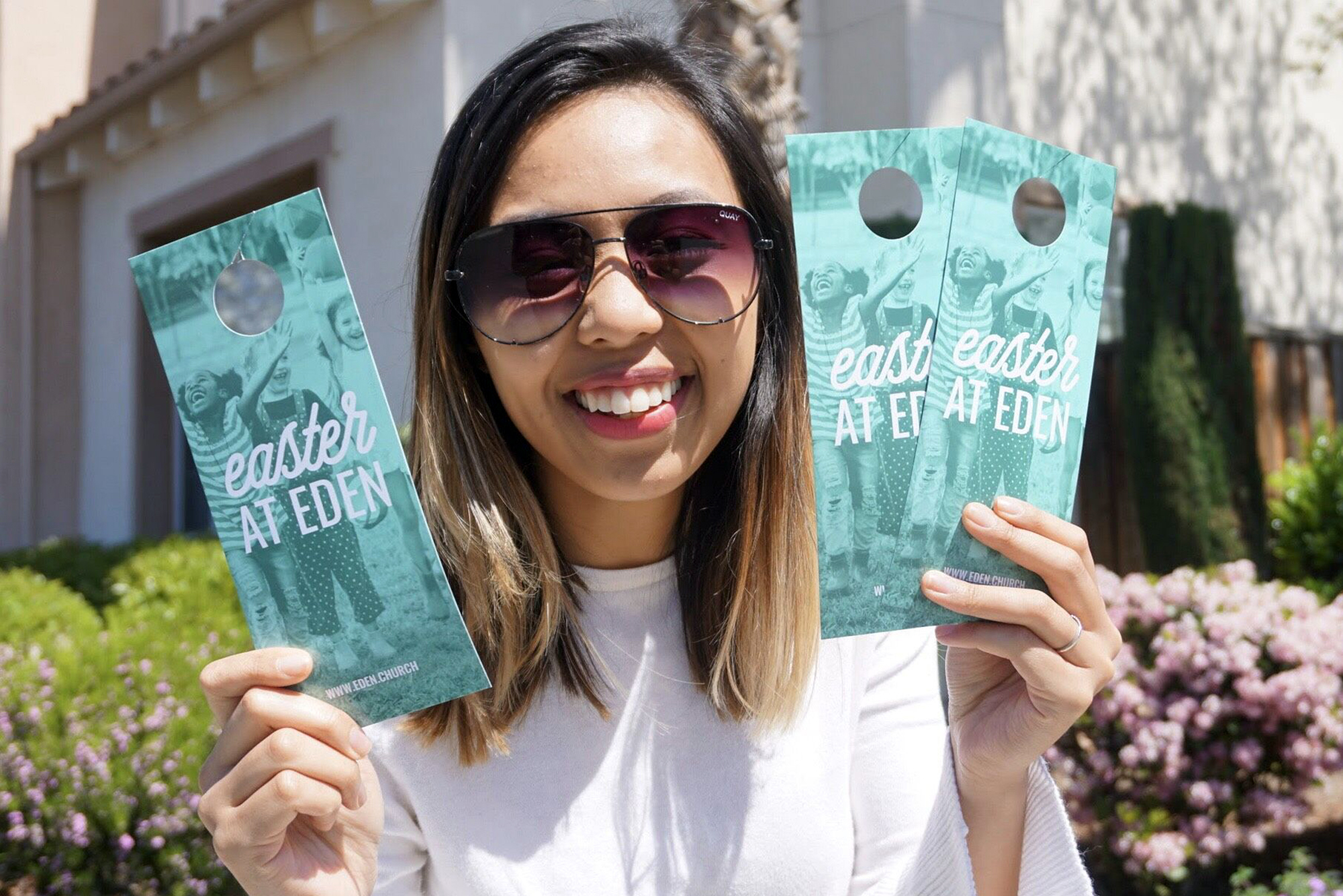 SAN JOSE (BP) — On Father’s Day 2017, Sophie Nguyen found herself in San Jose, close to 2,000 miles from her father back home in Granger, IN. Nguyen and her boyfriend had moved across the United States to the Silicon Valley the year before.

Since it was her first Father’s Day without her dad nearby, she took a friend up on his invitation to Eden Church.

Nguyen knew little about Christianity and didn’t understand the songs they were singing. But God drew her anyway.

“I had no clue what the songs meant, but I liked them,” Nguyen explained. “The worship time always made me cry, but I had no idea why.

“But I knew there was something special here at Eden. That’s what kept me coming back.”

Nguyen’s visit to the six-month-old church plant began a series of events that eventually would lead her to the most important decision of her life.

“Walking through the doors of Eden has seriously changed my life in every way,” Nguyen said.

Daniel Atondo started Eden Church in February 2017 in the heart of the Silicon Valley. From the start, he designed the church to engage people “convinced church is irrelevant.”

Atondo had been on staff at Valley Baptist Church in Bakersfield when God started to point him and his wife Kayla toward church planting. The couple looked at several major cities on the West Coast and finally settled on San Jose, one of the most technology-saturated communities on the planet.

After serving as a church planter apprentice at San Jose’s Echo Church, Atondo settled on a neighborhood at the heart of some of technology’s most iconic brands. The church meets right across from eBay headquarters and down the street from Netflix.

With a high cost of living and a relatively low number of people who have exposure to the gospel, San Jose remains a tough place to reach. Yet God has been faithful to the church. In its first two-and-a-half years, nearly 80 people have committed their lives to Christ; 20 have been baptized.

The church has been ideally suited to reach tech workers like Nguyen, who was a social media consultant. It was the ethnic diversity, however, that first intrigued her.

The daughter of Laotian immigrants, Nguyen grew up Buddhist in a Midwestern town where Asians made up less than 2 percent of the population. She had grown accustomed to connecting Christian churches to Anglo and African-American communities.

“When I walked into Eden, there was a girl who was on the staff of the church, the only staff member other than Daniel at the time, and she was Filipino,” Nguyen said. “I was like, ‘Hey, she kind of looks like me.’ I felt comfortable.

“I’m from Indiana. It was hard growing up Asian there. I had never really associated the church with people who looked like me.”

Not long after arriving at Eden Church, Nguyen started attending an Alpha class, which helps non-Christians walk through the gospel in an easy-to-

As she heard the gospel, her first concern was that she didn’t feel worthy. She assumed she would need to be a perfect person. As someone who hadn’t grown up in a Christian family, she feared she didn’t know enough to become a Jesus-follower.

Nguyen then met with the Atondos and began to pepper them with questions. The couple not only answered them, but calmed her concerns about needing to be perfect. After wrestling several months with the decision, Nguyen eventually committed her life to Christ.

“One day during service I couldn’t hold it in anymore,” Nguyen said. “I was just bawling in the service. I told Daniel I was ready to become a follower of Jesus.”

The decision turned her life upside down. As Nguyen learned more about the Bible and spent additional time with the Atondos, she began to realize the benefits of not living with her boyfriend before marriage.

He eventually became a believer as well, and after living apart for several months, the couple was married by Atondo.

Now both Nguyen and her husband are active at the church. She serves every Sunday from 8 a.m. to 1 p.m. and leads the church’s communications team. Her husband now leads the layout and logistics team.

But the biggest change in Nguyen’s life happened in her and her husband’s hearts. She said both of them have learned what it means to be children of God. Before becoming a Christian, she never imagined herself getting married or having children.

“Now, my life is completely different,” Nguyen said. “I see marriage as a gift, having children as a gift, being a child as a gift. That for sure has been a big change in my life.”

She also noted how her relationship with Christ has helped her deal with anxiety.

Despite the difficulties of engaging the San Jose mission field, Atondo said partners like California Southern Baptist Convention and the North American Mission Board have been critical to reaching people like Nguyen with the gospel.

“Without the financial resources to host events, print flyers or send mailers, we would still be in a season where a huge portion of our community wouldn’t even know that we’re there,” Atondo said. “Our partnerships have been crucial in sustaining the ministry of our church.”

Atondo asked Southern Baptists to continue praying for Eden Church as they engage people with the gospel.

“We just want to keep reaching people, keep breaking barriers and just really trying to help people understand the value of the gospel in their lives,” Atondo said. “That’s what we pray for. That’s what we’re constantly working toward.”