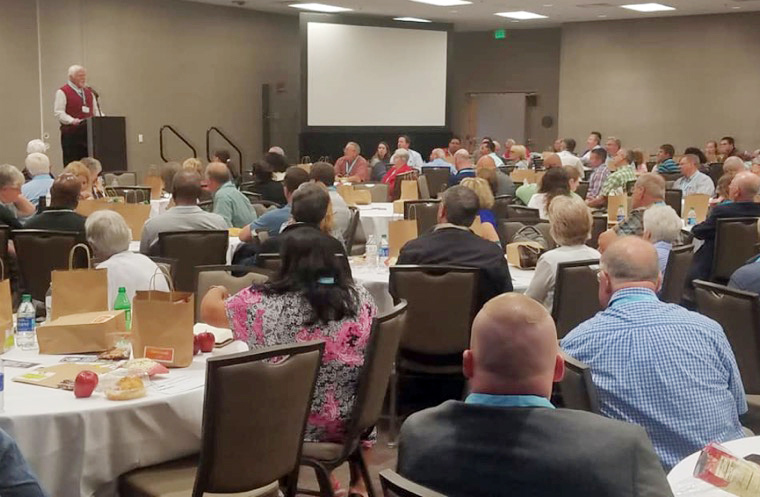 BIRMINGHAM, Ala. (BP) — Featured guest speaker, cartoonist and preacher Joe McKeever encouraged bivocational pastors in the rewarding and challenging work to which God has called them during a luncheon in Birmingham, Ala.

McKeever, a pastor for more than 42 years, stressed valuable lessons he gleaned during his time as a bivocational pastor, including the importance of continued faithfulness in service to God, developing relationships with other pastors, delegation, and the hard work of bivocational ministry.

“I am one of those people, who the Lord has to keep sending the same lesson again and again. I’ve learned that in the kingdom of God, size has nothing to do with anything,” said McKeever, a cartoonist for Baptist Press and other Christian publications.

“It’s all about faithfulness. I’ve learned that pastors need friends among other pastors, and if possible, with pastors from other denominations,” McKeever added. “I’ve learned that God does not send us to do all these jobs ourselves, but to train others to do them and that the ministry to which God has called us is the hardest and best job in the world.”

Ronnie Floyd, president and CEO of the SBC Executive Committee, expressed his gratitude to pastors and their wives, and he shared the personal impact bivocational pastors have had in his own life.

“My entire life as a child and teenager, I had a bivocational pastor,” Floyd said. “Some were school teachers, some were doing other things and others were painting homes … but that’s who poured into me. That’s who really taught me the importance of the inerrancy of the Word, how to witness and share my faith. On behalf of the Ronnie Floyds in life, thank you for what you have done to help people like me.”

Mike Perrigin, bivocational pastor of Chapel Hill Baptist Church in Gordo Ala., was recognized during the North American Mission Board’s Send Luncheon earlier in the week. NAMB honored Perrigin and his wife for their steadfast devotion to God, their family and the congregation. See related story.