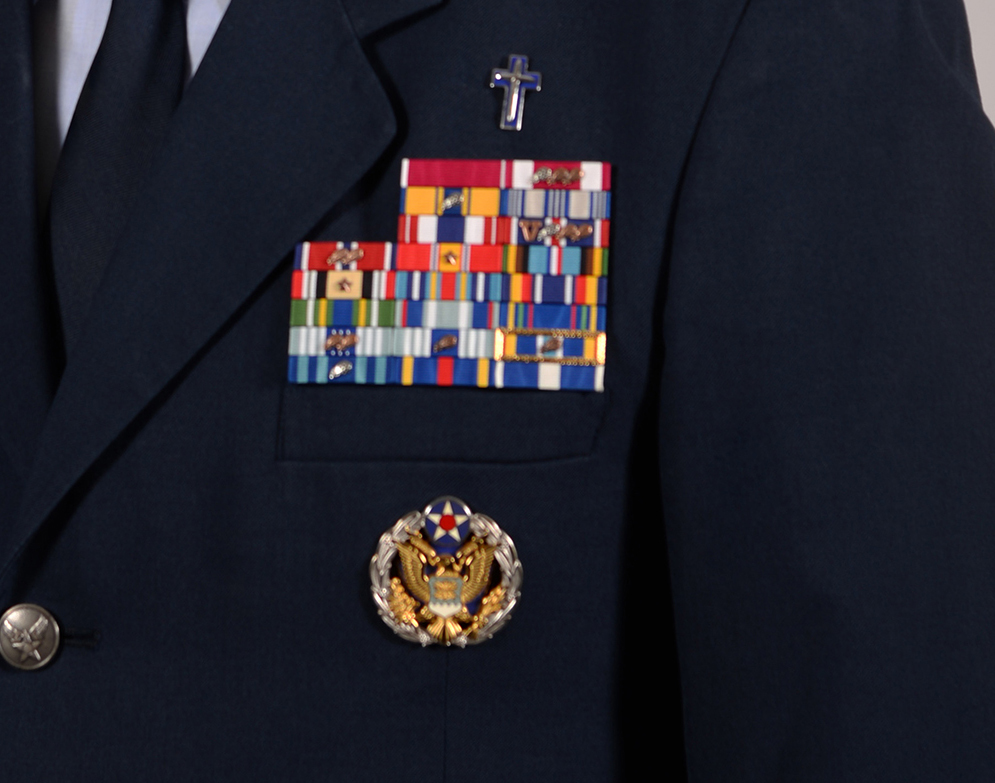 He has been serving as the Air Mobility Command Chaplain based at Scott Air Force Base in Illinois. Harvell will now transition to the Pentagon in Washington, D.C., for his new pastoral leadership responsibilities.

“My wife and I are grateful to be able to continue to serve Air Force people,” Harvell said. “We are excited about helping airmen and their families to be more spiritually fit. We’re glad that God is allowing us to have this opportunity.”

He will also be responsible for helping train and equip the Air Force Chaplain Corps, which includes more than 2,200 active-duty and reserve chaplains and religious affairs airmen. Harvell will join the United States Armed Forces Chaplains Board whose members advise the Secretary of Defense and the Chairman of the Joint Chiefs of Staff on concerns related to religion, ethics and morale.

“It is truly an extreme honor for one of our Southern Baptist chaplains to be selected to this strategically important position of pastoral authority,” said Doug Carver, executive director of the North American Mission Board’s (NAMB) chaplaincy team. “Ron has been recognized both by senior military leadership as well as the Air Force Chaplaincy and community for his humble and compassionate service to airmen and their families. As a humble servant of God and a visionary leader, Ron’s emphasis on a personal relationship with the Lord, discipleship and spiritual formation will be a great asset for the spiritual life of the Air Force community.”

Chaplain Harvell grew up as a self-described “Army brat” — the son of an Army infantry and aviation officer. His parents were believers who frequently talked to their kids about knowing the Lord.

As a military family, they regularly moved from base to base. Harvell received Christ while the family was stationed at Fort Walters, near Mineral Wells, Texas and accepted the call to international ministry in Colorado Springs, Colo., at Circle Drive Baptist Church.

“In high school, I would read books about missions and the things that were going on overseas,” Harvell recalled. “I felt like I only had one life to live. So, I wanted to go overseas and spend my life helping people come to know the Lord.”

At the time, Harvell had no idea that military chaplaincy would be the vehicle God would use to send him to minister around the world. Harvell has served 11 years overseas, including six deployments, to locations in Europe, East Asia, the Middle East and Africa.

Harvell received his undergraduate degree from Hardin Simmons University in Abilene, Texas, where he met his wife Marsha. But it was during Harvell’s seminary years at Southwestern Baptist Theological Seminary in Fort Worth, Texas, that God led him and his wife to pursue chaplaincy.

As they entered into the reserve chaplaincy, Harvell went into his first full-time pastorate at Northside Baptist Church in Kermit, Texas. There, it became clear that God’s hand was on his and his wife’s ministry.

Harvell became an endorsed chaplain with the Air Force in 1991. Then in 1998, while serving in the chapel on the Kadena Air Force Base in Okinawa, Japan, God’s blessing once again became evident.

“We had the opportunity to pastor this chapel of about 200 people,” Harvell said. “The Lord really poured out His Spirit, and the congregation grew to around 900 people every week, and over 170 people were baptized.”

All along the way, Marsha has been key to their ministry, serving in various roles through the years. The Lord blessed her teaching ministry, however, and she became an international trainer with Kay Arthur’s Precept Ministries and led a women’s conference while with her husband in Qatar.

“Southern Baptists as well as all believers need to know what an important ministry the Air Force is,” Marsha said. “It is just as important as our work in other countries around the world. Southern Baptist chaplains are on the front lines preaching, teaching, counseling and praying.”

In 1991, Harvell and his wife began a journey in active duty chaplaincy at Scott Air Force Base. And after a series of 13 moves that took them around the world, they are leaving Scott once again. This time, the destination is the Pentagon.

“We know that God will give us what it takes to do this job faithfully for Him,” Harvell said. “Whatever God asks us to do, we’re humbled to do it. We really treasure peoples’ prayers since spiritual support is very helpful!”