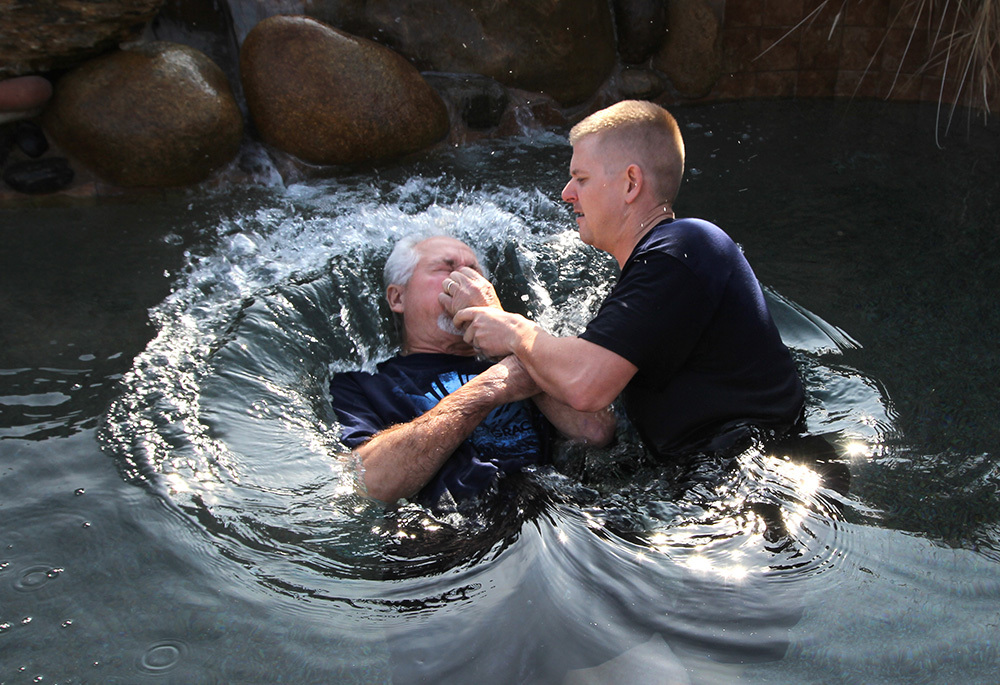 The baptism figure is compiled from the Annual Church Profile, a survey of church benchmarks such as baptisms, church membership, worship attendance, etc.

Randy McWhorter, evangelism director and leader of the Convention’s healthy church group, said, “I am excited that CSBC saw another increase in baptisms in 2012. With only 62 percent of CSBC congregations reporting, we still realized a significant increase in the number of people who chose to follow Christ and be baptized as an outward commitment.”

McWhorter also noted he is “pleased with the baptism-to-membership ratio in California” compared to the Southern Baptist Convention.

“The SBC ratio of 1:47 means it took 47 Southern Baptists nationwide to win and baptize one person,” McWhorter explained. “The CSBC ratio is 1:27, almost half that of the national figure. Once again, I am certain that ratio would be even lower if more churches had reported through the ACP process.”

Although grateful for every person represented in the baptism figure, McWhorter also noted he is “challenged by the conviction that we do more and that we can do a better job of evangelizing the lost in California.”

In June the SBC reported 11,206 baptisms in 2012 for California Southern Baptists, based on their reports. Steve Foss, information technology specialist for CSBC and compiler of the statistics for California, said the SBC figure was based on ACPs received through February 28, the deadline for LifeWay Christian Resources, the agency that compiles the statistics nationally for the SBC.

“We continue to receive ACPs from churches throughout the year,” Foss said. “From the time we reported totals to the SBC and CSBC closed its books June 30 on the statistical information, ACPs were received that reported nearly 4,000 additional baptisms.”

Foss noted this illustrates the “importance of submitting the ACP information and reporting it as soon as possible.”

Churches are sent the statistical survey at the end of August each year and are asked to complete and return it by Oct. 1.

Noting the survey can be filled out online by accessing the form at www.csbc.com, Foss said it is available from Sept. 1 of the current year through the first few months of the following year.

He added the Convention also employs two people to call congregations throughout the fall months to obtain additional ACP reports.

“Even with that extra effort,” he said, “we receive reports from only about 60 percent of the more than 2,000 CSBC congregations.”

Foss explained that in past years the ACP, formerly known as the “Uniform Church Letter,” was an exhaustive document that could take a “statistician to fill in.”

“We have worked to make our ACP very easy to answer,” he said. “The CSBC survey could be the shortest of all the state Baptist conventions, that includes only eight questions” related to total membership, baptisms, worship attendance, Bible study/Sunday school attendance, Vacation Bible School enrollment, music ministry participation, Great Commission Giving and whether the church has deaf ministries.

Foss emphasized it is “very important for churches to answer and submit the survey.”

“ACP information is vitally important to CSBC in order to help our churches as we continue the quest of reaching the world in California.”