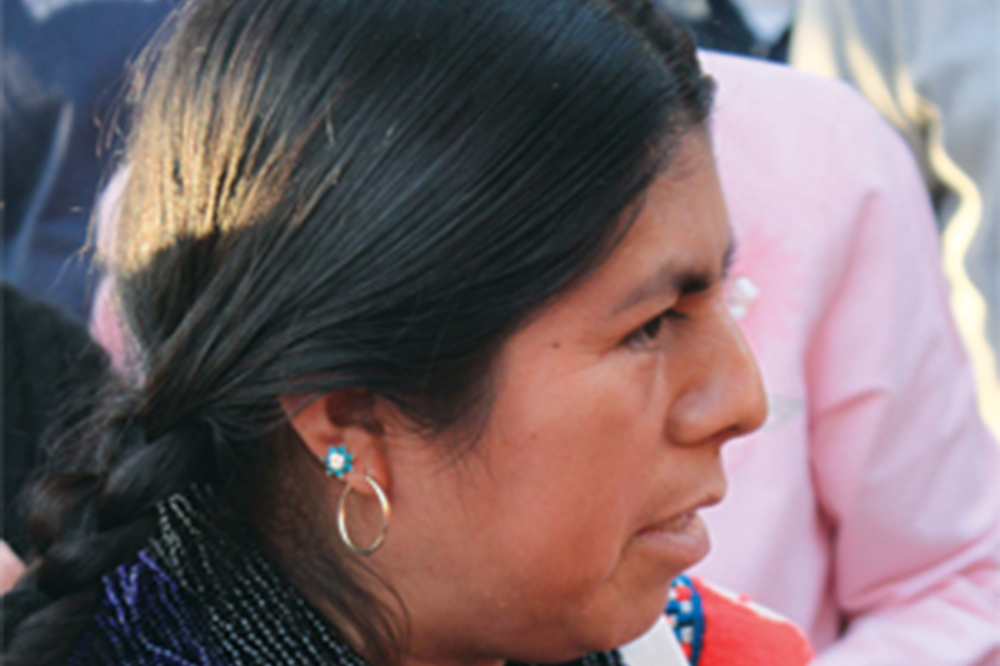 BAKERSFIELD – Anecdotes abound of how globalization has made the planet smaller and more interconnected than ever. Add this ministry-focused one to the list, and prepare for the goose bumps:

Summer 2011: Valley Baptist Church, Bakersfield is on the verge of committing to adopt the Mixteco, an unreached, unevangelized people group in southern Mexico. In the course of two exploratory visits to the group, International Mission Board personnel discover the Mixteco – isolated in their mountain villages hours south of Mexico City – are already familiar with Bakersfield, and even Valley Baptist Church.

How? Through California Southern Baptist Convention’s annual “Feeding Those Who Feed Us” ministry.

“Obviously this sounded like a natural bridge to us,” said Phil Neighbors, co-pastor of Valley Baptist. “So we took a trip and met the very guys who’d worked in Bakersfield.

“Feeding Those Who Feed Us is a bridge that’s been such a blessing. The leaders in Mexico gave us some phone numbers of some of their people here in California, and we have just had an incredible open door of ministry.”

Feeding Those is an annual ministry through which churches and individuals provide food, clothing and, of course, exposure to the gospel, in a variety of ways, to California’s extensive migrant population. And apparently some of those migrants were Mixteco, and they received ministry from Valley Baptist, among other churches.

“EMBRACE” is an initiative of the IMB, in which churches pledge a lifelong commitment to reaching a people group that is currently considered unreached (meaning less than 2 percent are believers) and unevangelized (meaning there is currently no evangelical ministry among them). There are nearly 4,000 such groups worldwide, and hundreds in southern Mexico alone.

Now, thanks to that California Southern Baptist ministry and their own embrace of the Mixteco people group, Valley is walking both ways on that bridge – ministering to Mixteco throughout the Central Valley, as well as in their homeland.

The chief introductions – stateside, that is – happened at a block party Valley threw for the Mixteco in February.

“The folks in San Pablo (Mexico) said there were 100 Mixteco in our area,” Neighbors says, then pauses for effect. “That just means there’s a lot. More than 300 Mixteco families showed up for this block party – that’s 400-plus people. These are Central American Indians, not Spanish-speakers. They wanted to play their music, do their traditional dances, everything. It was a great, incredible experience.”

About six weeks later, Valley invited the Mixteco to a special Sunday evening service. Nearly 400 attended, including a number of women who brought handmade, traditional crafts to sell.

It’s not just parties: after Valley officially committed to reaching out to the people group through the EMBRACE initiative, IMB staff came and provided instruction in the skill of chronological story-telling. About 25 members were trained, and have told the stories of creation and the fall to the Mixteco at each event. (Most Mixteco are illiterate and therefore oral learners.) The church planned a basketball tournament – “they love basketball, of all things,” Neighbors said – for late April.

Valley is using technology as another bridge. Guilermo Marquez, the church’s Hispanic pastor, went to a community festival in San Pablo and took a video he’d shot at the February block party. In the middle of the festival he projected the video on the side of a building, and the village sat and watched their family members in California relay greetings via video. Marquez then went from one family to another, recording their messages to take back to California.

“About 80 families wanted a copy of the video,” Neighbors said. “We’re going to hand-deliver them.

“It’s a hard life,” he added. “They come up here and work day and night for 10, 15 years, then go back home. We met one boy in Mexico who spoke perfect English; he was born in California and had lived here nine years, and had just returned to his home village.

“They are a proud, sweet, hard-working people, and we love their culture, their language. We’re committed to them now, for life. That’s what it means to embrace a people.”