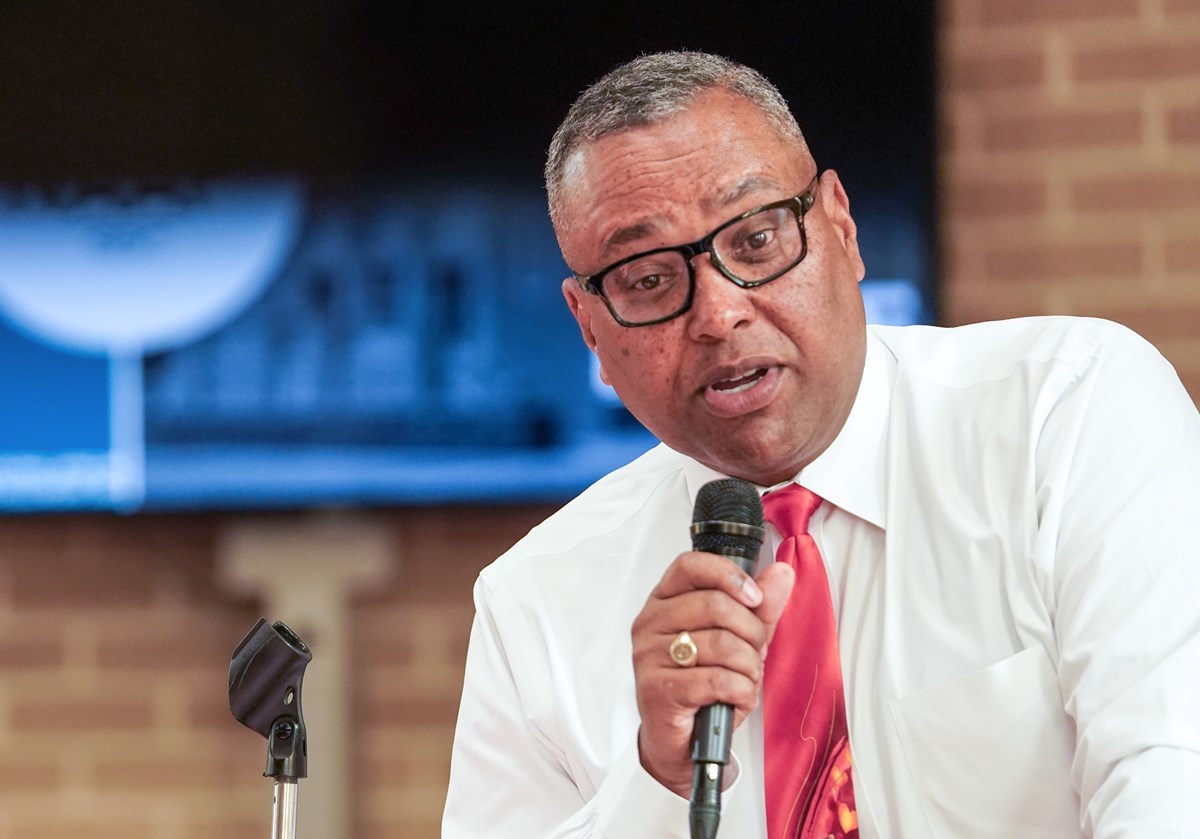 Called to be Southern Baptist despite Convention history

BIRMINGHAM (BP) — Marshal Ausberry says he and other blacks are often asked why they’re Southern Baptist, given the Southern Baptist Convention’s history of slavery, heritage of white supremacy and hiring of mostly whites.

“I believe that there is something, despite the history, the heritage and the hiring, there’s something that God has for us to do and a reason why we are here for such a time as this,” Ausberry said in his sermon based on 1 Peter 3:15.

“When we get it together and be one body under God, we can sure enough make hell shudder and heaven shout,” Ausberry said. “Despite our history, our heritage, our hiring, we are Southern Baptist if we’re Christian, we choose to be (Southern Baptist), and because we’re called.”

“It’s a real privilege to be able to join with you in partnership in the Gospel,” Floyd said at the event preceding the 2019 SBC Annual Meeting. “I want us all to just remember tonight, that’s what we’re doing.

“It doesn’t matter where we are in life, what kind of church we go to, what kind of church we pastor or lead, whatever elements or variance we have,” Floyd said, “ultimately what needs to be who we are … means that we partner together and cooperate together for the cause of the Gospel of Jesus Christ. If we put our eyes there, we can do a lot more than if we put our eyes anywhere else.”

Defending love juxtaposed to a problematic history, Ausberry in his sermon offered guidance from the Genesis story of Joseph, who was mistreated by his brothers.

“When Joseph comes face to face with his brothers who had sold him into slavery, he could have been bitter, angry, unforgiving, and yet look what Joseph does,” Ausberry said. “He loves, my God, and those beautiful words in Genesis 50:20, ‘You meant it for evil, but God,'” Ausberry said, stating “but God” repeatedly, “‘but God worked it out for good.’

“In our journey, some folks may have meant evil, but that’s alright,” Ausberry said, “God is working this thing out for good and the salvation of many.”

NAAF’s annual banquet was this year named for Liele, a former slave and the first Baptist missionary from North America, predating Adoniram Judson and William Carey. NAAF is working to establish an annual George Liele Day on the SBC calendar the first Sunday each February, create a George Liele scholarship, and increase awareness of Liele’s contributions.

NAAF unveiled a preliminary edition of a new video on Liele’s work, designed for distribution across the SBC family. NAAF presented awards to Julia Frazier White and Deborah Van Broekhoven, who authored in 2013 the book “George Liele’s Life and Legacy: An Unsung Hero” with David Shannon Sr. Shannon died in 2008 before the book was completed.

NAAF announced the addition to its slate of directors two at-large women directors and two at-large directors drawn from pastors under the age of 40. The positions, currently unfilled, would include one-year terms.

“There is a need to make sure that we hear from our sisters,” Ausberry said. “They need to be in the room meeting with us…. When issues come up, we’ll have resources that we can reach out to, to get that sister’s perspective, not secondhand, but firsthand.”

In other business, NAAF

— updated members on its partnership with World Vision in mission trips to Kenya and Guatemala, emphasizing a continued firm commitment to the International Mission Board;

— heard an update on the NAAF partnership with Southern Baptist pastors in the U.S. Virgin Islands, created after the devastating 2017 hurricane season;

Adron Robinson, a member of the SBC Executive Committee, delivered the devotion during the NAAF business meeting. Robinson, pastor of Hillcrest Baptist Church in Country Club Hills, IL, focused on “A God-sent witness,” based on John 1:19-34.