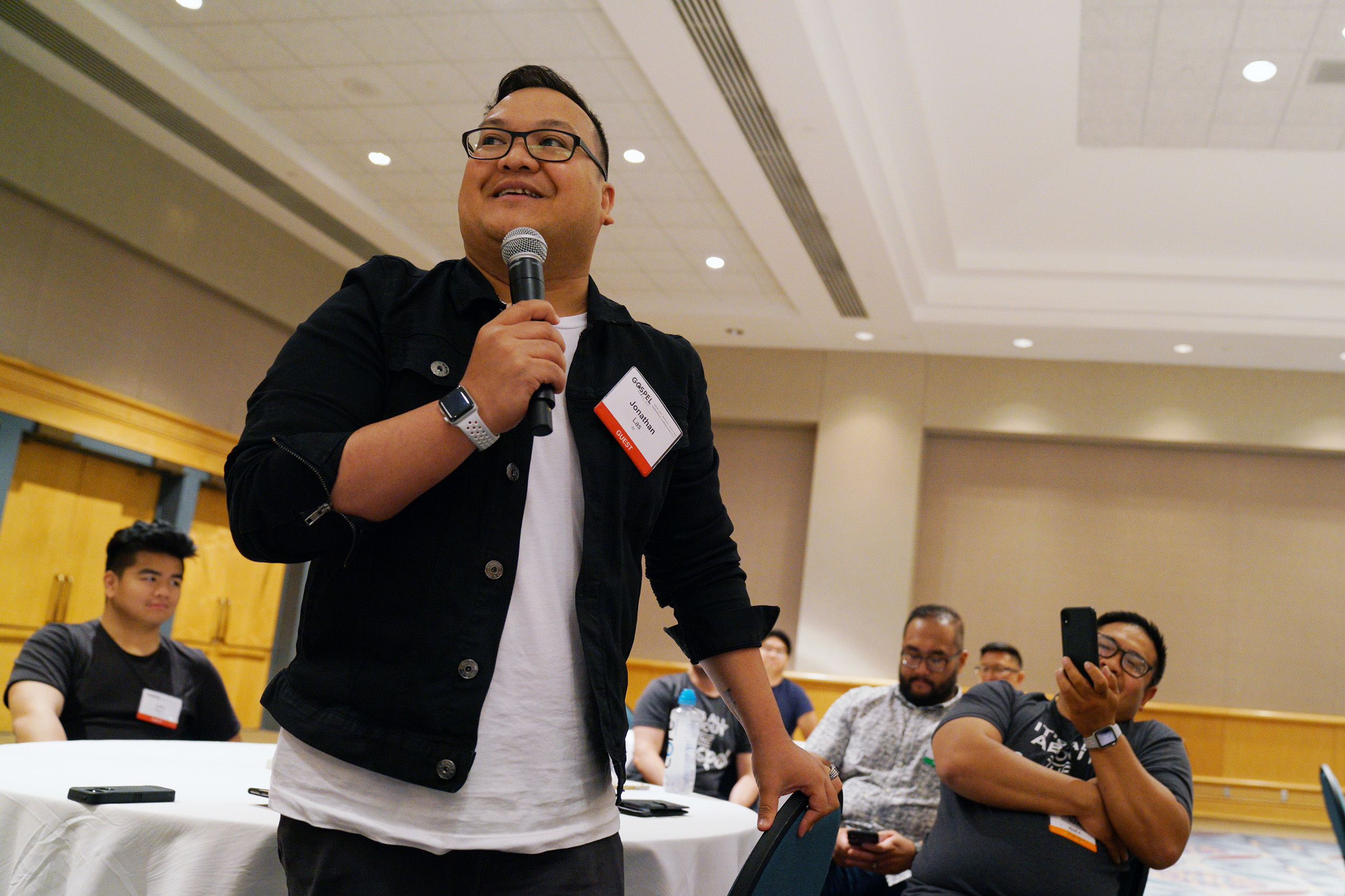 Church planter Jon Las shared his story of starting Mosaic Church in northern Alberta, Canada. During the past five years, the church has seen 468 people make professions of salvation in Christ.

“Pray for us,” Las said. “It’s a really hard soil up there. It’s as cold as the weather.

“We’re so thankful for the work of God. There are a lot of young people up there.”

Las and other Asian American church leaders shared their stories during the fourth annual National Asian American Fellowship meeting prior to the 2019 Southern Baptist Convention Annual Meeting in Birmingham, Ala. The meeting also included the third annual gathering of the Asian American Second-Generation Fellowship.

Felix Sermon, who started Grace International Christian Church in 2017, described how God is using his church to engage the multi-cultural community around Springfield, Va., with the Gospel.

Ronnie Floyd, SBC Executive Committee president and CEO, began his message to the church leaders present with words of gratitude.

Floyd centered the rest of his remarks around two areas. First, he reminded attendees to keep the Gospel first in everything they do. He urged Asian American churches to target their ministries around the vastly unreached mission fields in their community.

“Don’t give up. Don’t lose hope. There is a great population who needs Jesus,” Floyd said.

Second, Floyd told attendees of his desire to bring about a new culture of love for one another within Southern Baptist life.

“I want to urge you to help me build that culture,” Floyd said. “Let’s refuse to be divided. Let’s just refuse it. Let’s come together in every way we possibly can, even in the most challenging circumstances we may face, in our church and among Christian brothers and sisters, for the sake of the testimony of the Gospel. We need to love one another.”

Jeff Iorg, president of Gateway Seminary, and Doug Carver, executive director of chaplaincy at the North American Mission Board, also shared words of encouragement with the fellowship.

Update on NAMB ministry to second-generation

Chris Wong, NAMB’s second-generation national coordinator, gave a brief update on the entity’s work to help churches engage second-generation populations with the Gospel. He addressed the need for more church plants to reach a growing diverse community of “third-culture” people who do not fit easily into cultural boxes.

“Really, the solution is about having a leadership pipeline in our churches while thinking about not only the next generation but the generation after that, modeling this development within our churches so that people can walk out not only knowing what they need to know but also experiencing what it looks like to have that life-giving relationship, that Paul-and-Timothy relationship,” Wong said.

The fellowship recognized three individual Southern Baptists from the SBC Executive Committee for their unique support of Asian American churches.

The fellowship announced and prayed for a new slate of officers for the upcoming year. Masashi Sugita, of Dublin Baptist Japanese Church in Dublin, Ohio, will become the new president. Carter Tan, of Grace Chinese Baptist Church of Manakin-Sabat, Va., will be the vice president. Jonathan Hayashi, of Troy (Mo.) First Baptist Church will serve as the secretary.

Sammy Joo, the senior consultant for Asian ministries at the Baptist State Convention of North Carolina, presided over the meeting as the outgoing president of the fellowship.