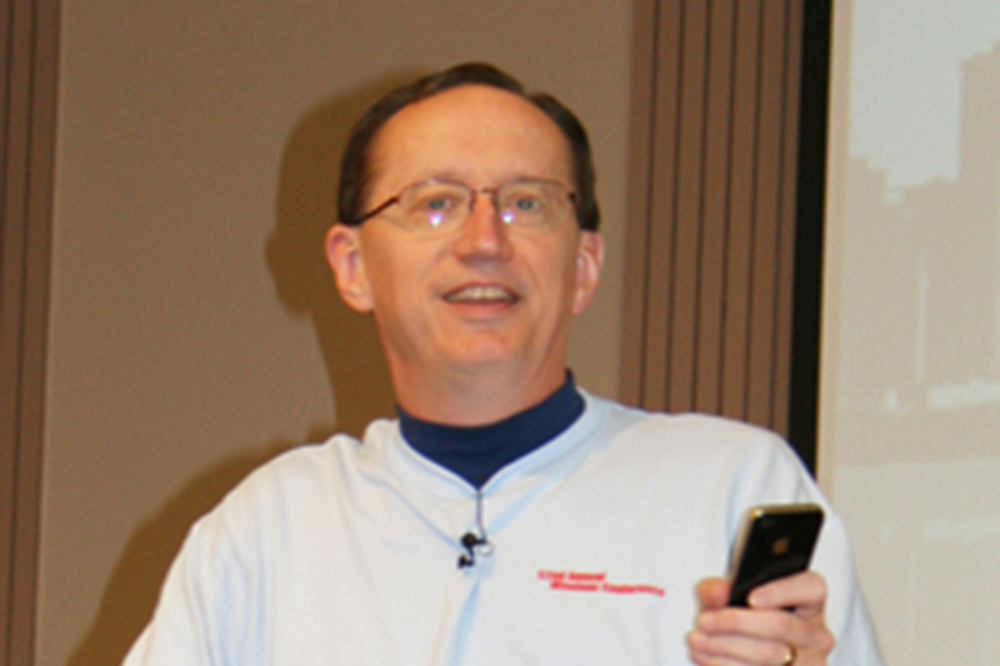 MILL VALLEY – Proclaim good news and make disciples from every nation. Until all nations hear and Jesus returns, this is still the purpose of followers of Christ. Some believers will go vocationally as missionaries in intercultural ministry. Many will go on short-term trips and some will go to multiple places around the world. The nations are not just “over there,” they are all around. Every serious disciple must live purposely and redemptively in order to make disciples. Christians should live like they are on mission.

These are themes from Golden Gate Baptist Theological Seminary’s 52nd annual Missions Conference, held Feb. 15-16 at the Mill Valley campus. Jeff Iorg, seminary president, was this year’s keynote speaker. His three addresses followed the theme of his most recent book, “Live Like a Missionary.”

On Friday evening he spoke to an audience of nearly 200 about understanding a call to missions and the responsibility all Christians have to be on mission with the gospel. Iorg challenged everyone to “come to grips with this reality: your missionary responsibility began in the moment of your conversion.”

“It’s hard these days to talk about what it means to be a missionary without thinking of it as a vocational responsibility that involves international travel,” Iorg said. “Because we’ve so stereotyped that word, sometimes I speak instead of being an on-mission Christian, or a missional Christian, or living a missionary lifestyle. Oftentimes, those three choices result in a missionary assignment to a job in another place.

“But I’m speaking more broadly than just that last application. I’m speaking of your responsibility to be on-mission Christians, missional believers, and to live a missionary lifestyle.”

On Saturday morning Iorg spoke about the role and power of the Holy Spirit in the life of a missional Christian. Saturday evening he concluded with the challenge of vocational missions and the responsibility every believer has to consider that option for future service.

In addition to Iorg’s three messages, the conference included seminars on topics including human trafficking, reaching youth in San Francisco, meeting the needs of the urban poor, businesses and the Great Commission, and discerning the call to missions.

Urban Excursions
Saturday afternoon about 100 people participated in several Urban Excursions in San Francisco. Because Justice Matters, an organization reaching women who are victims of sexual exploitation, organized a hands-on outreach project. CityTeam International, which serves the poor and homeless, took a group to several areas of the city to prayer-walk, hand out sandwiches and engage people. First Baptist Church in San Francisco, the oldest Protestant church in California, located in the heart of the city, convened a prayer-walk in their urban neighborhood.

“A strength of the conference was the trip to San Francisco where we were able to really see the people that need to be reached by God’s love,” noted one conference-goer.

“The emphasis on getting people out into the streets was a highlight,” said another.

“The city ministries gave me the chance to apply what we were learning in the seminars and keynotes,” an evaluation form noted.

Don Dent, director of Golden Gate’s David and Faith Kim School of Global Missions, explained the importance of the two-day gathering. “The conference meets the needs of three different groups. For our students, the conference is a focused event that challenges them to think missionally about their own calling and ministry. It is a reminder of what their study is all about in the midst of demanding work and school schedules.

“For college students from across the Western U.S. it is an opportunity to fellowship and worship with like-minded believers while considering missions in their future.

“For Bay Area Christians the conference is an opportunity to learn more about missions in general and consider how their own churches can engage their neighbors,” Dent explained.

Participants included groups from Idaho, Utah, Oregon and Washington, as well as Golden Gate students and locals from the San Francisco Bay Area.

Golden Gate student Garrett Barber and his wife, Amanda, commented on the seminar taught by Dent, “The Call to Missions”: “This was an encouraging seminar as it explained how to bring clarity to the decision of where God is calling us,” Garrett explained.

“You go to seminary and sit in class and get the knowledge. We have to remember why God called us here and how God is working in our lives through our seminary experience.”

Amanda agreed the conference is “a refreshing reminder of what we’re called to do. This was a confirmation for us.”