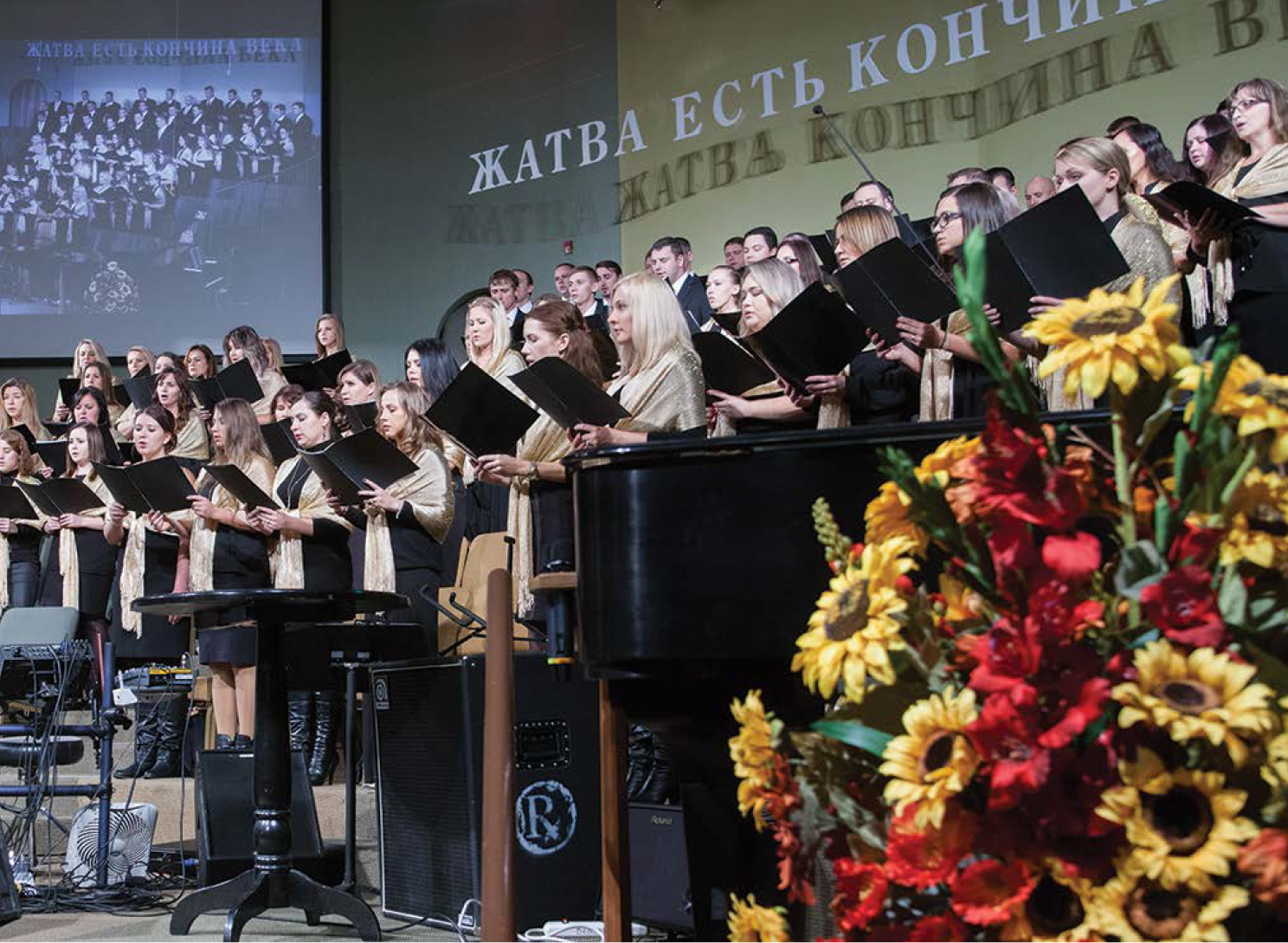 Messengers to the 2016 California Southern Baptist Convention annual meeting celebrated the 22-year tenure of the CSBC executive director, elected a new slate of officers and approved a 2017 budget during their 76th session that celebrated “Generations Reaching Generations.”

Held at Russian Baptist Church in West Sacramento Oct. 25-26, the gathering featured a number CSBC and Southern Baptist Convention entities recognizing Fermín A. Whittaker for his service. This was his last annual meeting as leader of the largest state Baptist convention in the West; in May he set his retirement effective February 28.

Shawn Beaty, senior pastor of Clovis Hills Community Church in Clovis and chairman of the CSBC Executive Board, announced Whittaker would be named “executive director emeritus” upon his retirement.

The Tuesday evening session featured several speakers and a video about Whittaker’s ministry, highlighting his mantra of reaching “every man, woman, boy and girl” in California for Christ. He reflected on the slogan, saying the Holy Spirit moved him to use it about his focus for the state convention shortly after his election in 1994.

The celebration of Whittaker and his wife, Carmen, emphasized the “generations” theme as Carlos Whittaker, an author and speaker from Nashville, led worship, and they were joined by their other son, Eddie, a business owner from Atlanta. A reception honoring the Whittakers followed the session.

Vines was elected by ballot vote; of 249 votes cast he received 153 with 89 for Galvan. Chayasirisobhon was elected vice president over Richard Spring, pastor of First Baptist Church in Hesperia, from 255 ballots cast, with 159 and 94 votes, respectively.

Bo Coburn, worship pastor at Magnolia Church, was recommended by the CSBC committee on convention operations as music director and elected by acclamation.

In other business, messengers approved a 2017 budget of $14.5 million, which includes a Cooperative Program objective of $6.8 million for the third consecutive year. It is based on actual year-to-date 2016 CP receipts and projections for 2017.

If the $6.8 million is realized, the SBC Executive Committee will receive $2,346,000, or 34.5 percent, a half-percent increase over the 2016 allocation. CSBC is on track to increase by a half-percent each year until 2018 when the SBC portion reaches 35. The percentage will then be reevaluated.

The recommendation calls for 100 percent of 2017 Cooperative Program receipts in excess of the CP objective to be designated to the SBC Executive Committee.

A motion to remove Bayshore Community Church in Campbell because of an inclusion statement about alternate lifestyles (posted on the church’s website) was the only item of miscellaneous business during the two-day meeting. The motion was made by Port Wilburn, a messenger from Rock Harbor Christian Fellowship in San Pablo, who is interim director of missions for San Francisco-Peninsula Baptist Association.

Because of conflicting information about the congregation’s current affiliation status with the Convention, Wilburn moved the motion be referred to the CSBC Executive Board for its Jan. 26 meeting.

Messengers also approved a resolution expressing gratitude to the city of Sacramento, Sacramento Region Baptist Network and the host church.

Setzler, chairman of the CSBC executive director search committee, reported to messengers the committee has completed “listening sessions” and is ready to move into the next phase of seeking “the man God has chosen” to lead California Baptists in the future. He requested that names of potential candidates be submitted by Nov. 7, noting the person making the nomination should have received permission from the nominee prior to the recommendation. Information should be sent to CSBCSearchTeam@gmail.com.

The Tuesday evening session, as has become tradition, also was a celebration of ministry in the Convention, this year focusing on the generations theme. Members of several CSBC “family groups” were featured throughout the meeting, either live or via video, including Randy and Grant Bennett; Glen Paden and Judy Logan; Monty, Randy, Justin and Jon McWhorter; and the Whittakers.

Mark Nunn, pastor of worship and arts at First Baptist Church in Grass Valley, led worship with a team from his church.

The California Baptist Historical Society presented its annual Heritage Awards to Larry Carpenter, a layman from The Church on Cypress in Carmichael; Dean Durbin, a layman from Grace Community Church in Willits; and Monty McWhorter, a retired pastor and Convention worker.

The Pastors’ Conference, California Women’s Meeting, Fellowship of Church Musicians, On Mission Celebration and several language gatherings were held prior to the annual meeting.

Messenger registration totaled 353, with 128 guests from the more than 2,300 CSBC congregations.