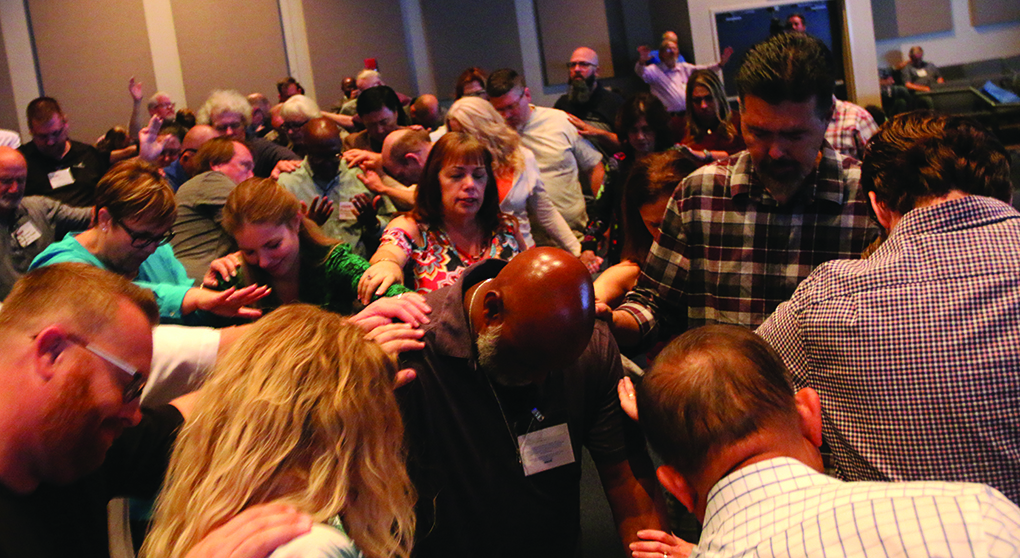 Held at Clovis Hills Community Church Oct. 23-24, annual meeting sessions focused on the Convention’s new structure, put in place by Bill Agee who was elected executive director in May 2017. The four “initiatives teams,” which made presentations during each session, are church planting, church revitalization, evangelism and missions, and small church.

Agee presented a “state of the Convention” message, informing messengers and guests that, for the first time in some years, Cooperative Program gifts from California churches are showing an “uptick,” and “we are hoping for record receipts from the California Mission Offering.”

He emphasized the ministry of the four initiatives teams and their interest and availability in helping and partnering with churches.

During his President’s Sermon Vines urged messengers and guests to focus not only on evangelism, but discipleship as well in winning California to Christ.

“My challenge to you, Southern Baptists in California, is that we have 33 million lost people in our state. We have a job, we have a passion, we have a need” to share Christ and disciple new believers.

“I am committed to our state,” Vines declared.

The committee on convention operations recommended Laura Craig, minister of music at Stonebrooke Church in Vista, as music director for the 2019 annual meeting.

All were elected by acclamation.

Messengers approved without discussion a 2019 budget of $10.9 million, which includes a Cooperative Program objective of $6.6 million, down from $6.7 million for 2018. It is a balanced budget.

Joseph Rangel, worship leader for the host church, led worship for the meeting.

A total of 335 messengers registered, along with 124 guests.

Next year’s annual meeting will be held Oct. 22-23 at Shadow Mountain Community Church in El Cajon.